The National Weather Service has issued a tornado watch for the entire Washington/Baltimore area, from Central Virginia all the way to the east of Baltimore until 10 p.m.

A National Weather Service alert states that because the ground is already "saturated from rainfall," it will not take much rain for streams and low-lying areas to flood.

The Washington Post Capital Weather Gang will be sending out live updates throughout the night.

Update, 9:20 p.m.L And check out these shots of a tornado over Baltimore:

Pay close attention to the weather and stay safe!

If you see anything, send photos! dc-tips@huffingtonpost.com 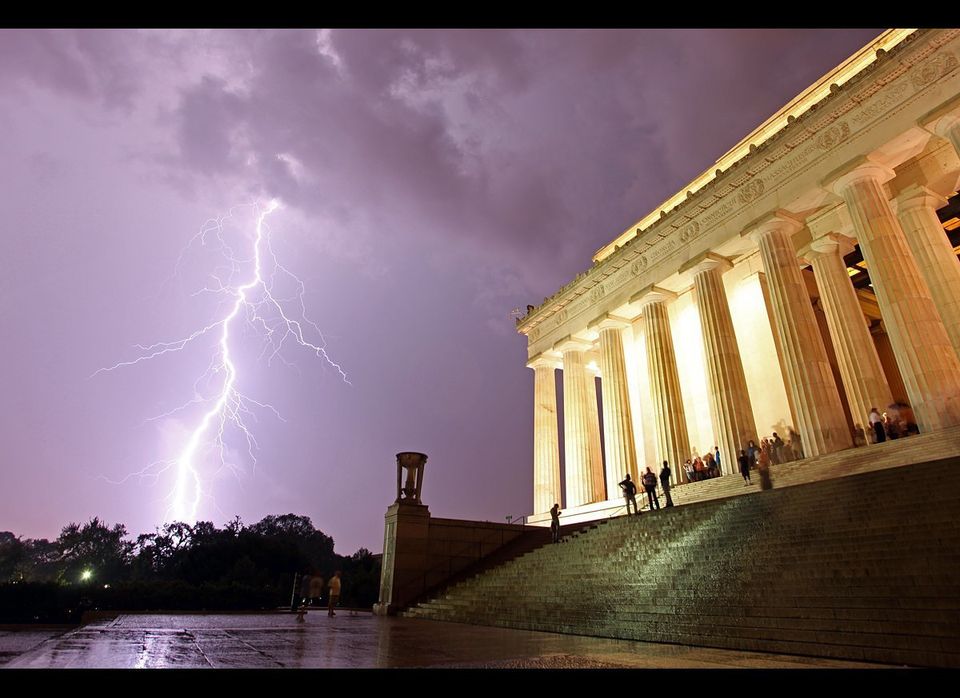 1 / 10
September 1, 2012 -- Ian writes: "This was a planned outing to go see the recently redone reflecting pool upgrades. I was partly hoping for a good sunset with pre-Isaac clouds. Instead, some storms bubbled up around sunset and continued to form into the early night. After taking refuge in the memorial I darted out into the lighter rain behind the storm and this was a 'lucky' shot--first of 2 from this angle before I pointed the camera toward the Washington Monument and Capitol."
Ian Livingston