Some 35 million American adults struggle with depression. The World Health Organization projects that by 2030, the amount of disability and life lost due to depression will be greater than that of any other condition, including accidents, war, suicide, cancer, and stroke. This is one of the most pressing social problems facing the world, and yet our social dialogue about depression remains profoundly anemic.

The human costs of our lack of dialogue are high. Because we don't know how to talk about depression, those who suffer from its symptoms still struggle largely in isolation. In most quarters, depression remains socially toxic, a topic to be concealed. Talking about depression doesn't help our love life or win us friends or promotions. People who are struggling with depression often delay getting help because of their desire to conceal the problem. When we do speak of depression, it is often in the most hushed of tones.

Bringing the topic of depression out of the dark will take a multi-pronged effort. Elsewhere, I've written about one prong -- the need for a unifying symbol to galvanize public dialogue -- which I've called depression's bumper sticker problem.

Another prong is what I call depression's meme problem. Depression is profoundly uncool. So uncool that nearly all dialogue on the topic is stripped of references to anything cool or current. Anti-stigma have trouble breaking through to the mainstream; their well-meaning discourse often comes across as preachy (often preaching to the converted). Don't depressed people deserve as much? They are normal people who have a sense of humor who don't want to be treated like children.

Solving the meme problem is about reconnecting our dialogue about depression to popular culture, with all of its goofy edginess. Popular culture, superficial though it may be, is what drives talk around the water cooler.

And, if one thing is clear: The most important public health problem facing our country needs to be discussed around the water cooler. We need to rouse both those who are affected by depression and those who have not yet been affected. This is where memes come in. Memes are a viral delivery system. From Grumpy Cat to Philosoraptor, memes insert ideas into people's heads and get people talking. Ultimately, strategic use of memes can to get people to think differently about depression. We need to mobilize our whole society -- hearts and minds -- to begin to get the depression epidemic under control. The ends justify the memes.

In the spirit of brainstorming, I humbly submit some of my depression memes for your consideration.

1) Meme #1 -- Dialogue about medications drowns out other intelligent conversation. 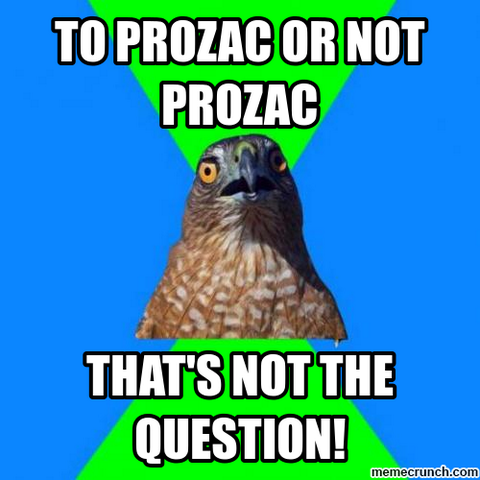 2) Meme #2 -- Anti-stigma campaigns should not be afraid to draw upon popular iconography. 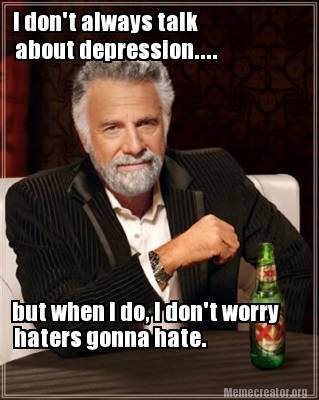 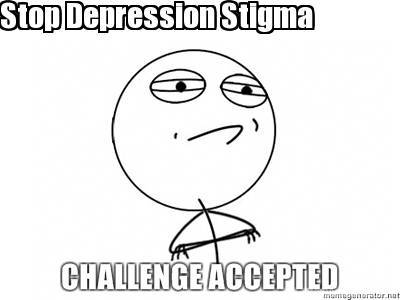 3) Meme #3 -- We need memes that do justice to the strength of those who conquered depression. 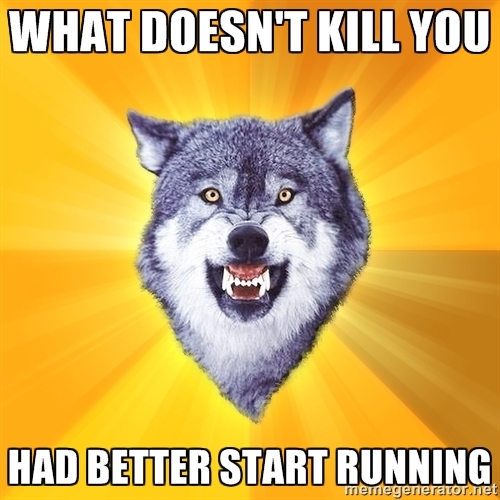 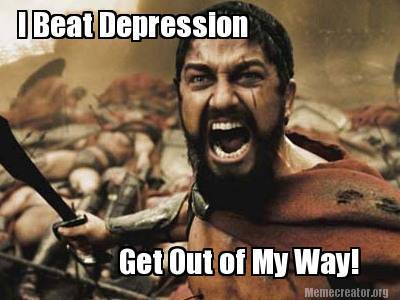 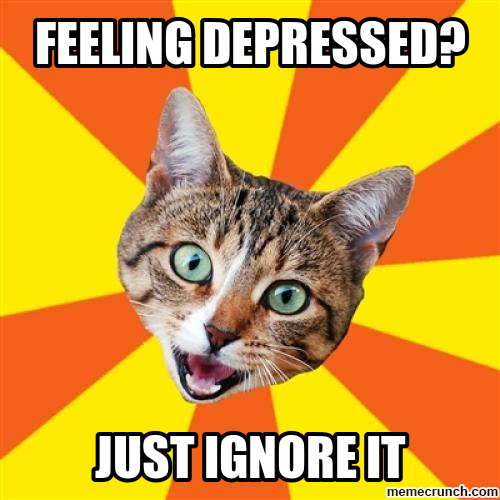 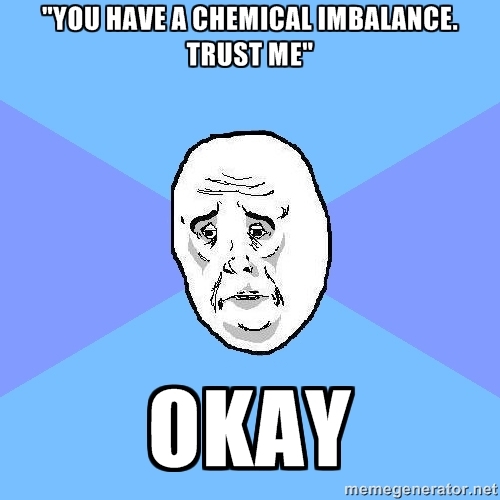 Meme #5 -- And we need memes that build the solidarity of people who have struggled with depression. 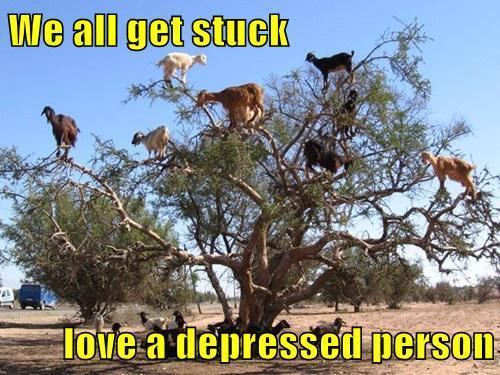 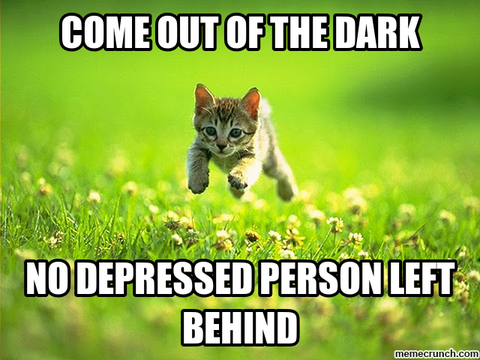 Memes are restless, inventive, provocative, and attention-grabbing. Ironically, a profusion of silly, funny, angry memes are more likely to rouse serious conversation about depression than are waves of sober sloganeering.

So... calling all memes. Feel free to send me your ideas. Better yet, post your memes on your favored social media using #DepressionMeme.