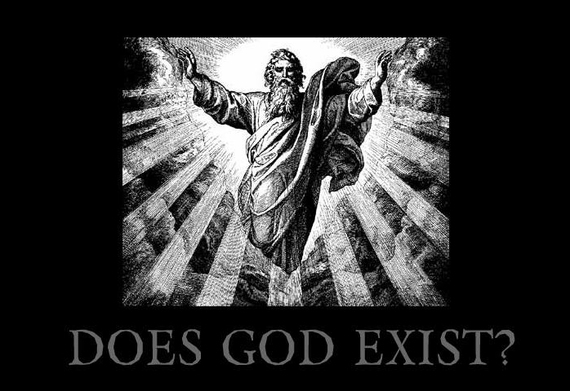 The English term God is too vague, vastly overused and no longer represents a unified idea. If I ask a hundred people about God in Los Angeles, I might get hundred different answers. If I ask the same question in Mumbai I would probably receive a few hundred replies from a hundred-person survey group.

In the U.S. alone there are about 700 different gods being worshiped and all their followers claim that their God is the most powerful and is the only one worthy of praise. Although there is no one God with a capital G but there is seemingly no shortage of deities.

AN ALL POWERFUL MALE ICON?
Thousands of years ago advanced spiritual beings created the base concept of the "overseer" or the "judge" to be able to communicate complex spiritual ideas to primitive and illiterate people. In the same way that when we teach our young we use simplified language, such as mother, water, dog, cat; advanced beings had to use simplified language to be able to communicate to and condition our extremely primitive ancestors about the early stages of spirituality.

Our history of God worship isn't that stellar actually. In fact our ancestors were very content calling the Sun or various statutes or different aspects of nature as God. Is it any wonder that thousand years later most of the planet have not evolved beyond this simple big brother conditioning?

THE BIG BROTHER CONDITIONING
Here's what vast majority of the world have been told about God and they continue to believe it without ever questioning this story.

They believe that there is a male icon that claims to have created this entire universe in six days and this deity hates all other deities, which indicates he is not alone and has serious competition in his line of work. And if you do what he says, he will reward you in some vague distant future but if you don't he will punish you for all eternity but he loves you. That's some tough love.

Our universe as we understand it so far has over 200,000,000,000 galaxies and each galaxy on average holds about 100,000,000,000 planets and stars. And somehow there is one old guy with beard that lays claim to all this and wants you to worship only him and consider him the creator and encourages you to punish those who don't believe in him. This is certainly the biggest and longest running fear-based hoax played on the people of this planet.

The God conditioning is so dark and misleading that some people confuse this fable further by believing that this male icon not only created the universe all by himself in a few days, but somehow has an evil twin, like in a soap opera, and his evil twin has equal power to him. If this is not enough contradictory information in one story, they confuse it even further by saying he is not the God of the universe, but he is the God of Heaven, sort of like a mayor of a town in the sky. I think I'll stop here since a 3-year-old would question the sanity of those who follow such "doctrine."

NOT GOD, BUT UNIVERSAL SPIRITUAL HIERARCHY
We are part of what I call Universal Spiritual Hierarchy, an endless system of growth, with infinite clusters of leadership, and an unlimited potential for soul evolution, through millions of years of soul experience via reincarnation in various forms, physical, spiritual, dimensional or otherwise.

Imagine if Jesus, two thousand years ago, tried to convey my USH statement to the public. He would have been ignored or killed off much sooner. Meaning he would have been unsuccessful in his mission. So he dumbed things down, he used simple terminology of father and son, be kind, love one another. As simple as he could make it, so at that time the Universal Spiritual Hierarchy became the "father" and he the "son." Simple!

ANCIENT ASCENDED MASTERS & ANCIENT ALIENS
All over the world stone pyramids have been erected in honor of our ancient gods. Although the great pyramids of Egypt are the best known, there are hundreds of such massive pyramid structures all over our planet including in all of Asia and the Americas.

Advanced spiritual beings and visiting benevolent ETs in the past have been known as deities on Earth. In fact many rulers, specially the Egyptian pharaohs, claimed to be gods and demanded to be worshiped as such. So, the term God, doesn't really mean the creator, it is loosely translated as a superior being.

THE NEED TO WORSHIP
One reason for the planet's insatiable appetite for always bowing to the alpha, be it some deity, religious figures, royalty, leaders of countries, head of corporations, or media stars could find its answer in the reincarnation process. Since souls go through an infinite growth process through gradually incarnating from the animal world into human form and beyond, that instinct of following the alpha carried over from the animal world never really leaves us until we evolve further into self-aware, self-guided empowered beings.

What many presume as God is in fact the universal truth energy. And by remaining open minded and yearning for constant growth we can freely tap into this universal energy without a need for an intermediary.