The UK's Home Office seems unwilling to explain why passport holders from Caribbean countries with reportedly loose passport policies are permitted visa-free access to the UK.

For example, when former Nigerian oil minister Diezani Alison-Madueke was recently arrested in London on corruption-related charges, she was found to be in possession of a diplomatic passport from the Commonwealth of Dominica, a small independent country in the Caribbean. A quick search on Google reveals numerous similar examples involving several other countries in the region.

Concerns about security, illegal immigration and money laundering have led Canada to revoke visa-free access for a number of the countries involved. However, the UK continues to allow visa-free access to passport holders from many of these jurisdictions. I asked the Home Office why - and hit a wall of silence.

Below the five questions I sought an answer to:

I first asked the Foreign Office, which informed me that:

I then contacted the Home Office, where the Senior Press Officer (Immigration Desk) replied that:

"I suggest you contact the Foreign and Commonwealth Office with the below."

After I pointed out that it was the FCO that had sent me his way, the press officer promised a reply.

Nine days and four reminders later, the Home Office still has not explained whether or how it screens Caribbean passport holders entering the UK. 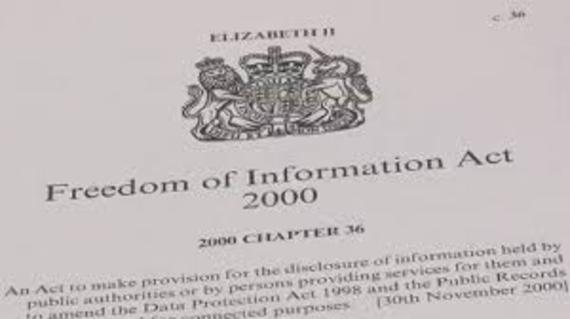 So now I've filed a Freedom of Information request with the Foreign Office.

The request is public and once the FCO provides a response, hopefully by early February, their response will be public too.Keep tuned to this blog to keep track of the story...

Note: I am currently working on articles related to economic citizenship programmes in the Caribbean for several international media outlets. If you have experience of working in the sector or have yourself obtained a second citizenship in the Caribbean, and would like to share your experiences, please get in touch.