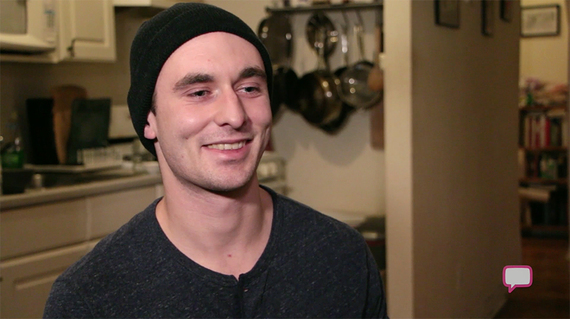 Matt Leach was a sophomore in college when his fraternity Tau Kappa Epsilon (TKE) took him on a spring break trip to South Padre Island, where he became publicly intoxicated. After spending the night in jail with other drunk college kids, he was picked up by a Methodist group. Matt recalls:

It was the first time I got into trouble like that. I felt really bad about my life, it was a wake up call almost. As I'm walking out, a van stops by and asks if I want a ride and of course I want a ride because I don't know where I'm going. They ended up being a group from UT Austin called The Wesley, it's a Methodist youth group, and they go to South Padre to give free rides to drunk college students in an effort to evangelize more or less.

Three months into joining the Wesley Methodists, Matt comes out to them:

I just told them flat out that I've been struggling with this since I can remember, my homosexuality, and it's come to the point where I need help fixing it... They were all really understanding. What was interesting, though, was that two guys within the group had experienced similar struggles with it. What ended up happening after that, we would all become each other's accountability partners, helping each other move past it and become straight.

After six months of struggle and depression trying to change his sexuality, Matt finally gets some good advice, from someone he knows very well: his mother:

My mom essentially was like, "Stop. Don't struggle with something you can't control. I've known you were this way since you were a little kid. There was no place and time that affected you to become gay. You were born that way. God made you this way."

It was life changing, it was just like a huge weight was lifted off my shoulders.