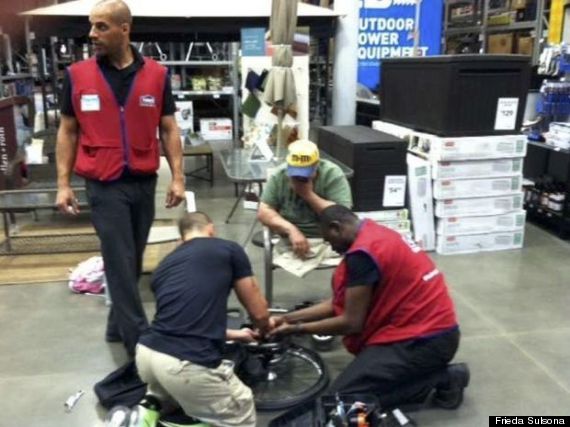 Michael Sulsona of Staten Island, New York, has not led an easy life. The former Marine lost both of his legs in the Vietnam War when he was 20 years old, according to WABC. Sulsona has since used a wheelchair.

Last Monday, his wheelchair broke in a Lowe's store in Staten Island, and he found himself in a desperate situation. In a letter to Staten Island Advance, Sulsona wrote that three compassionate employees, David, Marcus, and Souleyman, sprung into action and placed him in a separate chair while they worked on repairing the wheelchair.

"The actions of these three employees at Lowe's showed me there are some who still believe in stepping to the plate," the veteran wrote.

Sulsona left the store filled with gratitude, and with a wheelchair that he says was "like new." The veteran was especially moved by the employees' actions, as he says he had been waiting for two years for a new wheelchair to be issued from the Department of Veterans Affairs (VA), and that the agency told him that he is not eligible for a spare wheelchair. 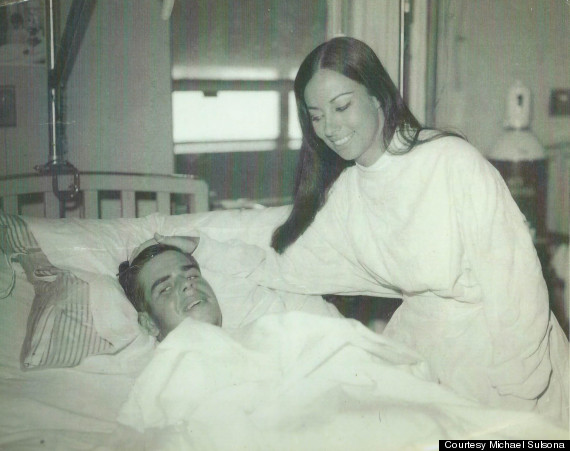 Sulsona in the hospital after the blast.

However, after his experience at Lowe's attracted national attention, Buzzfeed reported that the VA delivered a custom wheelchair to Sulsona on Tuesday.

"We were very sorry to hear about the reported circumstances surrounding Mr. Sulsona’s request for a new wheelchair," a VA spokesperson told the outlet. "We quickly investigated and can report the veteran’s new custom wheelchair was delivered to him today and it along with his back up will be serviced by the VA as needed."

While Sulsona is grateful for his new chair which he described as "incredible," he prefers to focus on the Lowe's employees who helped him.

"This whole story is based around three good guys," Sulsona told the Staten Island Advance. "I think it's really important that we all be like these people who wanted to help me; things would be so much easier."