Just north of Miami, contemporary outdoor murals have been popping up around downtown Hollywood over the last year, adorning the city with vibrant colors and imaginative characters. Organizers with the Downtown Hollywood Mural Project hope to spur an artistic renaissance similar to the one Wynwood experienced when developer Tony Goldman conceived of the Wynwood Walls outdoor mural project in 2009.

Already, Hollywood is leading Broward and Palm Beach counties in the installation of public art, one mural at a time. In just one year, the exteriors of charming but neglected buildings along Hollywood Boulevard and Harrison Street have been revamped with commissioned works by top local artists including David “Lebo” LeBatard, Jessy Nite (see video above), Luis Pinto, Eddie Mendieta, and Ruben Ubiera, among others.

This weekend, painter Tatiana Suarez will unveil DHMP's 10th mural during the monthly ArtWalk, which will coincide with the program's one year anniversary. Suarez, whose work is known for its ultra-feminine appeal, will be adding the finishing touches to her mermaid-inspired mural during a live painting session for public viewing.

See the stunning murals of downtown Hollywood below: 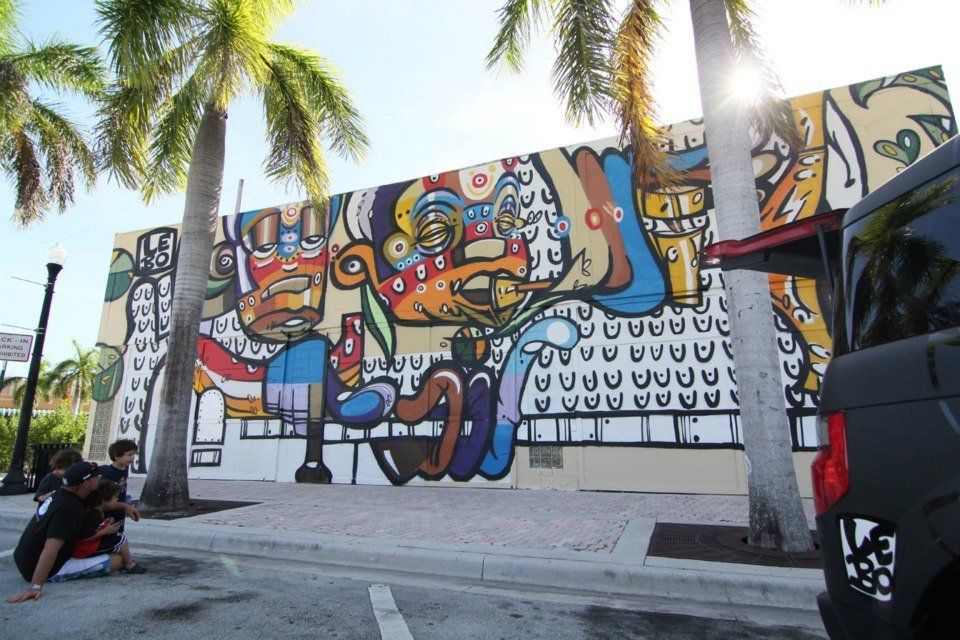