Prior to an interview, job seekers may fret about whether their analytical skills are up to par or whether their experience is extensive enough, but when it comes to landing certain positions, new research shows that considerable weight is put on whether the interviewer would like to have a beer with the interviewee.

Having the same tastes, experiences and leisure pursuits as the interviewer -- as well as good "emotional spark" with him or her -- is just as important, if not more, than actual job skills, according a new study by Northwestern University management and organizations professor Lauren Rivera.

"I had one interview, who was the head of recruiting with an investment bank, who started off the interview saying, 'You're just hiring yourself,'" Rivera told The Huffington Post.

The study, titled "Hiring as Cultural Matching: The Case of Elite Professional Service Firms," will be published in the December issue of the American Sociological Review.

By speaking with representatives from 120 prestigious law firms, management consulting firms and investment banks throughout the course of two years, Rivera found many people are looking for a good "cultural fit." In other words, they want to find people with similar profiles to themselves outside of work. In fact, more than half of the study's participants rated "fit" as the most important criteria in hiring -- even more so than analytical thinking and communication.

While these tendencies don't mean that employers hire unqualified candidates, Rivera said the research suggests that once job candidates have met a certain threshold in terms of their job skills, their interpersonal connection and fit with the interviewer become the deciding factors in whether they make it to the next round.

A company representative who defined his firm as "boring" didn't want to hire candidates with too many interests outside of work, while another interviewer thought that a squash player wouldn't match well with her company's more "rough and tumble" image.

"A lot of this job is attitude, not aptitude...fit is really important," one study participant told Rivera, according to the study. "You know, you will see more of your co-workers than your wife, your kids, your friends, and even your family. So you can be the smartest guy ever, but I don't care. I need to be comfortable working everyday with you, then getting stuck in an airport with you, and then going for a beer after. You need chemistry."

At the same time, when firms didn't specify how to measure merit, individuals conducting interviews tended to fall back on their own identities and used them as templates of success. For example, non-athletes tended to highlight the value of non-athletic pursuits in candidates, while peer interviewers who played Division 1 sports in college were more impressed by those who did the same.

"It's this idea that merit looks like me," Rivera told HuffPost.

Bruce Barry, a professor of management and sociology at Vanderbilt University, said that the findings illustrate the tried and true psychological tenet of like-attracts-like, but that it's hard to say whether they would translate to companies outside of this specific and elite context. For example, he said, one would hope that skill set would be far more important in other settings, such as medicine.

However, he noted the study does highlight what previous studies have shown: People over-rely on interviews in determining whether a candidate is right for the job.

"Interviews are not that reliable," Barry told HuffPost. "There are better ways, behavioral testing and performance testing, that are more reliable than just the gut feeling people get. But we do know from a lot of research from HR selection that people think they're good at this and like to use their own judgment to make these choices."

Barry went on to argue that it's reasonable to break a tie between candidates by going for the person who seems to get along better with the rest of the group, but that the dark side of favoring candidates based on similarity is that it's the same premise that has fostered decades of discrimination against those who are different from a firm's existing base.

Rivera echoed his sentiment, noting that a lack of diversity can be detrimental to creativity and decision-making in the workplace, among other things.

While gender and race were not the key characteristics of similarities that drove hiring decisions in this study, the extracurricular activities that were often favored were stereotypical of white males from privilege. The candidates came from such similar educational backgrounds, though, that even the non-white and female candidates shared interest in these same activities, which suggests there's a strong socioeconomic dimension to what they had in common.

Steve Kane, a human resources consultant, suggested that candidates should stay true to themselves during interviews.

"People shouldn’t try and doctor what they do in the hopes that they will put down the right activities, like playing squash or sailing," Kane told HuffPost.

In the end, he noted, it's interpersonal skills with potential clients that should matter more than a direct connection with the interviewer.

"In professional services, everybody's role is to go get business," Kane said. "They look for somebody who would be interesting to talk to, and that's the key. Can this person engage with others?"

At the same time, Kane argued that it's still not a bad idea to capitalize on any similarities one might have with an interviewer.

"The employment situation is not significantly different from any other selection situation. You want that other person to feel that they have something in common with you," Kane said. "Think of it as a date. If someone says I happen to like opera, and you also like opera, you ought to mention that."

Employers Hire People They Want To Be Friends With, Study Finds
The 12 Most Underrated Jobs of 2012 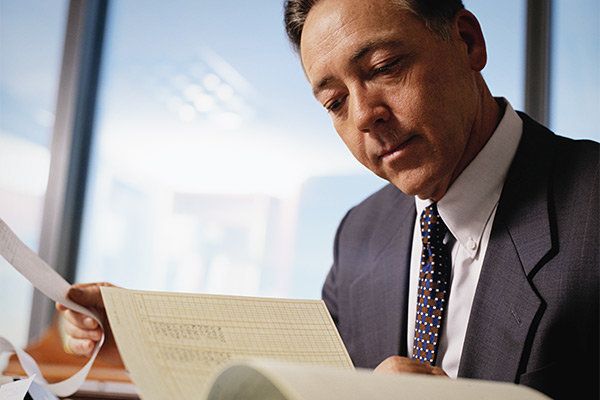 1 / 6
6. Accountant
Median Salary: $62,174 Oh, accountants. When was a movie ever made that didn’t show them as nerdy and uninteresting? Well, accountants, you can stick this in your pocket protector – you are among the most underrated jobs! “In fact, it’s a very solid, secure profession,” Lee said. “Accountants are needed whether the economy is good or bad.” And, let’s face it, the most recent downturn and subsequent scrutiny on accounting highlighted the need for accountants even more. <a href="http://www.cnbc.com/id/49184854?__source=huffpost|underratedjobs|&par=huffpost" target="_hplink">See the full list at CNBC</a>
CNBC