As an entrepreneur, I'm fortunate to speak with many people who are interested in starting their own business. A few years ago, I met Jordan Salcito, a New York City sommelier who also works the harvest in various European vineyards. She was developing the concept for her own venture. I thought she had a very good idea and was thrilled when she launched Bellus Wines in November 2011 with the goal of creating and offering great wines at an affordable price. After a year in the business, the 32-year-old entrepreneur was frustrated. "I felt like I was treading water," recalls Jordan, who studied English literature and philosophy, not business, in college. "One of the things I'm good at is generating ideas but I didn't know what my next step should be."

Many early-stage entrepreneurs find themselves in this place: you have a great idea and the passion to move it forward but, at a certain point, you hit a wall. What is your strategic plan for growth? When should you hire someone to help you? How do you analyze a P&L statement? And why do you need to do an operational audit?

I know what it's like to launch a business from your kitchen table with a clear concept and plenty of passion but only a basic knowledge of business. I had a lot of experience in fashion, having worked in the industry for years in marketing and PR, but that, and my degree in art history, weren't enough to get my company off the ground. I was lucky. I had many friends and colleagues, trusted mentors that I could call on to answer my questions--and, believe me, I did. I benefited enormously from their generosity and patience, learning so much along the way. I also understand that not everyone has that network. 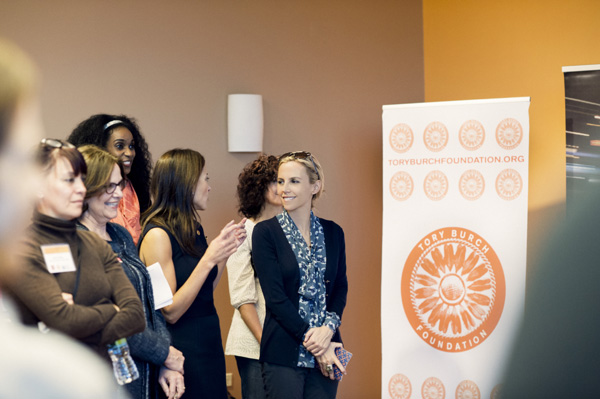 With that in mind, my team and I launched the Tory Burch Foundation in 2009 to support the economic empowerment of women entrepreneurs and their families in the U.S. through small business loans and mentorship. The more we learned, the more we realized that many of the women who participated in our mentorship programs needed something beyond advice and direction. They needed tools to help them develop their business and scale it. We partnered with Goldman Sachs 10,000 Small Businesses and, in collaboration with Babson College and LaGuardia Community College, designed a pilot program for early-stage women entrepreneurs who have not had a formal business education.

"Over the last five years, Goldman Sachs 10,000 Women has proven that investing in women around the world is one of the most effective ways to reduce inequality and facilitate economic growth. When women are empowered it leads to healthier, better-educated families, and ultimately more prosperous communities. This is also true domestically, where Goldman Sachs 10,000 Small Businesses has served over 1,200 American entrepreneurs, nearly 50% of the women. And we are looking forward to seeing the growth of the 18 graduates of this first all-female cohort designed in partnership with the Tory Burch Foundation specifically for early stage businesses," says Dina Powell, President of the Goldman Sachs Foundation and the executive in charge of the 10,000 Small Businesses program.

The intensive program is a kind of customized MBA course, offered free of charge to promising entrepreneurs in a range of industries. Over the course of nine weeks, participants received practical business and management training covering everything from financial fundamentals to lessons in leadership, marketing, hiring the right people and how to get funding from outside investors. We want them to own their title as CEO of their company.

I invited Jordan to apply and she, along with 17 other women business owners, recently completed the program and will celebrate their graduation with a ceremony and reception on April 1st.

This partnership encouraged the women to look beyond the day-to-day demands of their job to get a 10,000-mile view of their business. Or as Malene Barnett, the 40-year-old founder of Malene B Custom Handmade Carpets in New York City puts it: "I realized it was okay to take a step back to work on my business instead of in it, which is what I'd been doing." 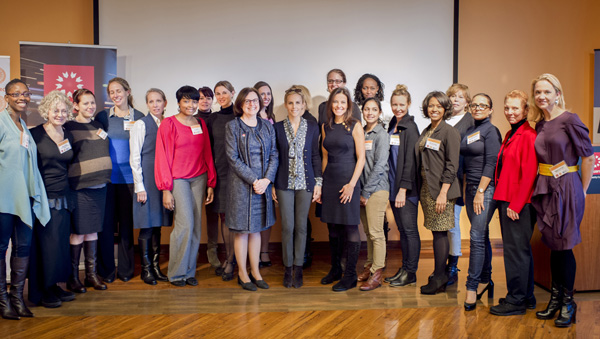 A diverse group in industries from fashion and food to lighting design, the women also benefited from peer-to-peer networking and one-on-one advice from professionals, tailored to their particular needs. "The business coach was really key," says Jordan. "He helped me to apply the things I was learning in class to my specific business. Making a wine in California became the clear next step to putting Bellus on the track to sustainable growth and profitability."

Women like Jordan and Malene are our best investment. Small businesses are a vital engine for job growth in this country, creating nearly two out of every three new jobs and employing approximately 60 million Americans, which is roughly half the private sector workforce. They are also part of an important trend. More and more women are launching businesses. According to a 2010 U.S. Department of Commerce report, the number of women-owned businesses grew by 44 percent between 1997 and 2007, twice as fast as businesses owned by men.

As we celebrate the graduation of our pilot class, we hope to offer the program to a new group of women entrepreneurs and possibly even expand to other parts of the country. In the meantime, we're encouraged by the initial results and the enthusiastic response. "It truly transformed my way of thinking about my business," says 28-year-old Carrie Hammer of Carrie Hammer Custom Apparel in New York City, a two-year-old business with five employees and relationships with several factories in Asia. "I was winging it and now I have so much more structure. I feel like I have a serious company that is poised for great growth."

Tory Burch is CEO and designer at Tory Burch and the founder of The Tory Burch Foundation.