Picking strawberries is tedious, backbreaking work. But when the Camarillo Springs wildfire filled the sky with smoke and ash last Thursday, farm laborers found that their already difficult job felt impossible to do safely.

The conditions made breathing difficult for at least 15 workers at Crisalida Farms in Oxnard, Calif. -- just 11 miles south of Camarillo. But when they decided to seek shelter indoors from the wildfire's smoke, laborers had to make a choice between their health or their job.

"The ashes were falling on top of us," said one worker to NBC LA in the video above. "[But] they told us if we leave, there would be no job to return to."

True to the foreman's word, when the laborers returned to work the next day, they found out they'd all been fired. That's when the United Farm Workers union stepped in.

Even though none of the laborers were union members, they reached out to UFW rep Lauro Barrajas for help. Barrajas met with the farm's upper management and reminded them of this old union rule: “No worker shall work under conditions where they feel his life or health is in danger."

Watch the video above or click over to NBC LA to find out what Barrajas was able to win back for the workers.

The Camarillo Springs wildfire ended up scorching about 44 square miles of land and still is not completely contained six days later. 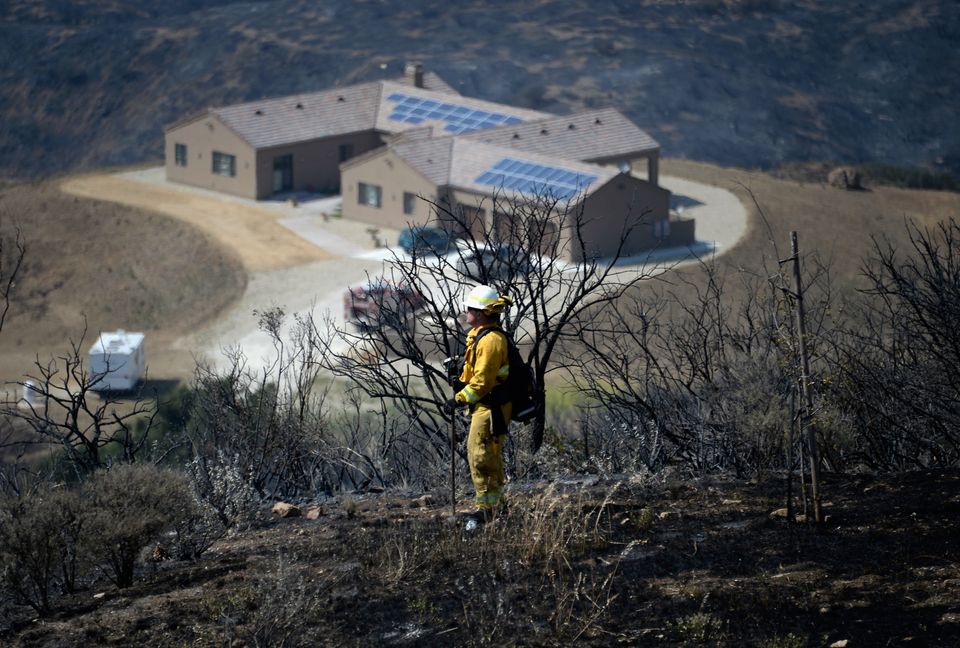