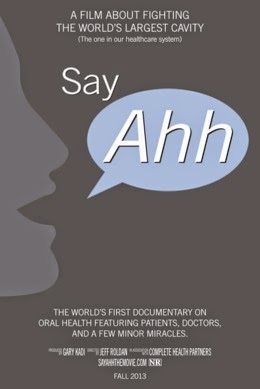 Human beings are like dentists who find inventive ways of filling cavities. Sometimes when a loved one dies, you'll get lucky and find a replica, someone with an uncanny morphological and psychological similarity to the person you've lost. It's not that uncommon a phenomenon and it occurs in the case of those who have gone through divorce too. People frequently remarry the same person on the rebound. But often it's not so easy to fill the cavity. Time passes and the absence of a person poses greater challenges, that require the equivalent of root canal work. You might have had a few flings and nothing seems to hold. Solitude becomes a growing infection, a spiritual vacuity. You are awakened in the middle of the night with the mental equivalent of a throbbing tooth. You see the lost partner in an unbearably idealized light and the suffering of the loss becomes too acute to bear. You might even scream out in anguish. This can be the impetus to action or it can lead to further suffering. Some people see psychiatrists who prescribe sedatives which are the beginning of an addiction to pills and sometimes alcohol. Others just begin a new period of hopelessness from which there seems to be no respite, until they invent yet another way to fill the cavity, which is to seek a spiritual life. They put their own losses on the back burner. They begin to help others as a way of helping themselves.