"Firewater?" will be on the Dylan Ratigan Show on MSNBC from this Wednesday June 8 to this Friday June 10, 2011, at 4pm.

I want you to join me on a journey into the heart of our political discourse. It starts with a question that we've been wrestling with for the last year, as gas prices constrain our ability to live our lives. The question is about the most concrete alternative to gasoline out there: natural gas.

Is natural gas Satan or savior in our quest for energy independence? This is not just a technical question, it is a question that cuts to the very heart of what it means to be an American. We know that gasoline prices are sky-high, and that this is causing stress for anyone who needs to fill up their car; it's also helping to fund enormous geopolitical and environmental instability.

So we need alternatives, and natural gas is one of them. It's cheap, we have the technology, and most importantly, there's a lot of it in the US. But it's not costless, because getting it may mean irreversibly risking something even more precious -- our water supply. And now, wherever there is drilling, there's fierce political fighting. In Washington, the Department of Energy is convening a group to investigate whether it can be done safely. In New York, Attorney General Eric Schneiderman is suing to force an environmental review of the practice.

I've been spending time with ardent natural gas proponent T. Boone Pickens, and anti-fracking activist and Oscar nominee Josh Fox, whose film Gasland caught a wave of public resentment. Both men frame their arguments as representing the highest ideal of patriotism. But the people in the farmlands of Pennsylvania, where the drills are, also have strong voices on the issue. So I went there, because I wanted to know if the cure for our oil dependency is worse than the disease, and I wanted to hear from residents, business owners, advocates and opponents.

It's not a simple situation. I found an economically depressed, revenue-seeking community in which some welcomed the jobs from fracking, while others argued their water supply had been contaminated and said "don't frack with me". I found schools there funded with natural gas dollars, and roads fixed and businesses revitalized because of the industry's presence. I also found people who were paying an enormous personal cost due to contamination and a natural gas industry that seemed in denial that any possible downsides were not already being mitigated.

More than anything, I came away sad that this beautiful community is now being torn apart by this issue and frustrated that our country continues to kick the can down the road when it comes to energy policy, regardless of the costs to our citizens, our soldiers and our planet.

Because this is ultimately a fight about who we are as a society. Can we come together and solve our problems without poisoning our children? How do we stop funding terrorism every time we fill up at the pump? And what kind of political system do we need to let us find the answers to these questions.

Tune in, starting today, at 4pm. It's a journey that all of us are on, and whether we like it or not, that we're all on, together.

PHOTO GALLERY
Firewater and Fracking: Who Can We Trust?

Catch more from Dylan at DylanRatigan.com 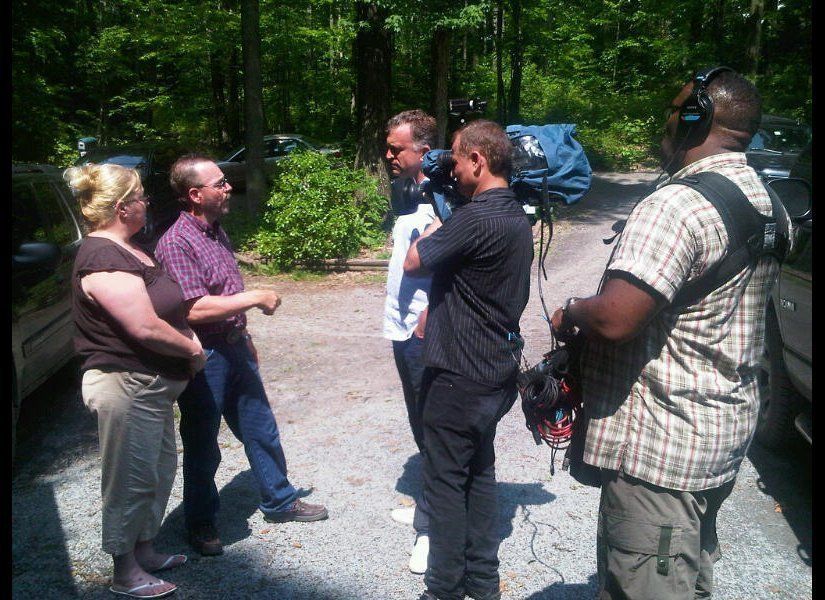