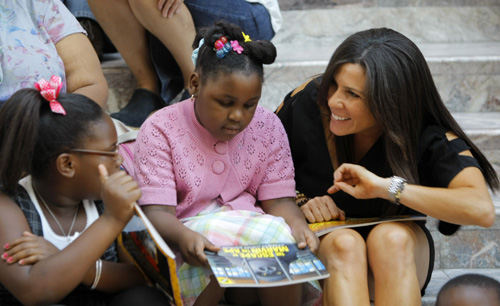 In the playroom outside the doctor's office, my six-year-old son was maneuvering a toy airplane through Lego constructed twin towers. The doctor explained his stomach pains were a symptom of post traumatic stress. In the midst of the insanity, I had failed to notice the impact on our own child of relentless media coverage of the worst domestic attack in American history. I remember hugging him close while writing this explanation for him on the back of a Chemical Bank envelope...

But yet they just kept going
because they felt real pride
that someday folks from every land
would make new friends inside.

One day their great creation
stood boldly in its place.
Papa says that day he felt
warm tears roll down his face.

And as he had predicted,
his towers in the sky
became a special place to be
as years went by and by --

until some evil people
tore those towers apart.
Papa says that day he felt
a bad pain in his heart.

But as the Towers were burning,
friends from everywhere
came to help each other
to comfort and to care.

And as the Towers were breaking
and tumbling to the ground,
friends gave their lives for other friends --
friends saved
and friends not found.

And I think Papa's towers,
in a special way,
will keep those friends together
forever from that day.

But what about my Papa
and the thousand other men?
He says they'll build their towers
one more time again.

Turning tragedy into hope with this little poem helped my son to heal. 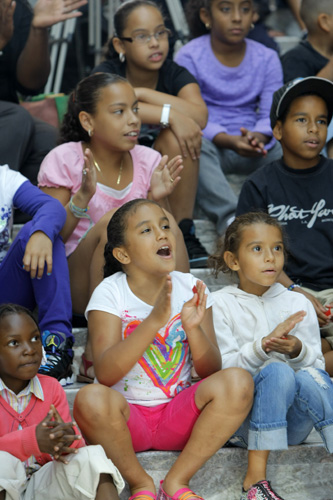 Uniformed heroes of 9/11 will read to families on Sept. 10, 2011
(Photo courtesy of Brooke Jackman Foundation)

On September 11, 2001, 23-year-old Brooke Jackman lost her life. Her family created the Brooke Jackman foundation to honor Brooke and her commitment to children's literacy. To date, the Foundation has created new libraries and school literacy programs as well as donating over 100,000 children's books and nearly 15,000 filled backpacks to children in need. I asked children's literary legends -- Harry Bliss, R. Gregory Christie, Lizzy Rockwell and Jane Yolen -- to donate their books along with me, and share their thoughts for the children.

I chose Bailey, A Fine Fine School, and Diary Of A Fly for the Brooke Jackman Foundation because kids laugh at these more than any of my books. I believe laughter is such a wonderful way for kids to work through tough emotions. The topic of September 11th can be a difficult one to work through; perhaps it's beyond what we are capable of understanding. Still, I've always felt the often unresolved path we travel following great loss is more easily navigated if laughter accompanies us on the journey. Throughout my own life, laughter has been a deceptively powerful anecdote for pain. My hope is that these books will help lessen the emotional struggle of each and every child who reads them.

The book I chose to donate is Bad News for Outlaws: The Remarkable Life of Bass Reeves, Deputy U. S. Marshal. This true western tale written by Vaunda Micheaux Nelson, is a story that chronicles the life of Bass Reeves, the first U.S. deputy Marshal of color (1838-1910). This American hero aided in securing the territory for Oklahoma's statehood. Although the book's foundation is rooted in one man's extraordinary biography, it burgeons beyond that into a story of America's westward expansion and pre-Oklahoma history. I was very impressed with the author's attention to detail, including a bibliography, western word glossary and her attempt to relay the dynamics of post civil war culture, ethnicity and history to her young audience. The writing is playful and informative, always a combination that helps me to do my best artwork. It was my hope that this book would help to create balance in our schools' curriculum, that it would bring to life the figures of the 1800's beyond a five dollar bill or a good western matinee.

My mother, Anne Rockwell, and I are honored to donate 100 School Days and First Day of School to the Brooke Jackman Foundation.

In 100 School Days, Jessica and her classmates count with a penny dropped in a jar each morning till they reach the 100th day of school. Every ten days a classmate brings in a collection of something from home. Evan brings twenty toy cars, Eveline, 50 seashells, and Charlie a puzzle with 90 pieces. On day 100, all ten students bring in a bag with 100 of something good to eat for the party bowl. Then all the classrooms from Jessica's town donate their jar of pennies to help "the island where the hurricane hit." Counting and sorting are a way to learn important math skills. They are also a way for children to gain mastery over the sometimes overwhelming randomness of the universe.

First Day of School is our most recent book from the same series. On the last day of summer, Nicholas meets his friends at the park and they share their nervousness and excitement about returning to school. As they compare haircuts, new backpacks and memories of last year, the friends eagerly anticipate this all important transition.

As an adult who grew up in New York City and Connecticut, the brilliant skies, crisp air, and long shadows of September will always suggest the possibility of a new beginning.

I selected two books for the Brooke Jackman Foundation that are about genocidal times -- one somewhat accidental and one entirely organized, orchestrated, and programmed.

The almost (but not quite) accidental one is called Encounter, a children's storybook about what happened when Columbus came to the Americas, from the point of view of a young Taino boy. Columbus thought he was there to find a new trade route to India, but carried with him three things that nearly wiped out a peaceful people. First, he brought a lust for gold. Second, European diseases that the isolated Taino people could not fight off. And third, a disdain for cultures that were not European.

The second book is a novel for children 12 and up about the Holocaust called The Devil's Arithmetic. The story takes a modern girl back in time to a small shtetl in Poland in the early 1940s, and from there to a concentration camp. The book is about remembering history in order not to repeat it, as well as reminding us that we can all be "small heroes."

When we think about 9/11, it is important to remember all these things. The golden rule: Do unto others as you would have them do unto you. In Matthew: As you do to the least of my people, so you do unto me. In Buddhism: Hurt not others in ways that you yourself would find hurtful. The Yoruba people of Africa: One going to take a pointed stick to pinch a baby bird should first try it on himself to feel how it hurts. Jewish--from Levitus: You shall love your neighbor as yourself. Islam: No one of you is a believer until he desires for his brother that which he desires for himself.

Signed copies of all these books, along with my The Real Alice in Wonderland and Eleanor, Ellatony, Ellencake, and Me, will be donated to the Brooke Jackman Foundation Read-a-thon, a Celebration of Literacy and Hope, on Saturday, Sept. 10, 2011, noon to 2pm, Winter Garden at the World Financial Center. To make a donation or find out more. 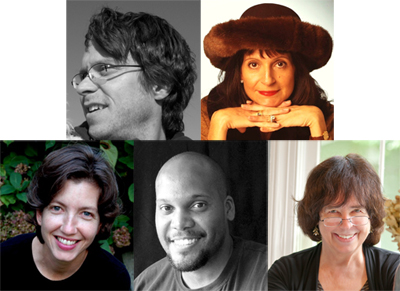