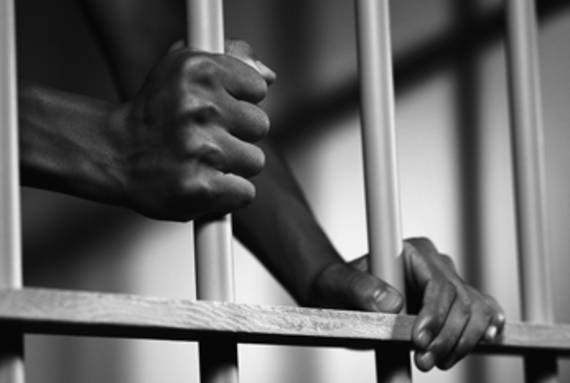 "Bernard, you're black," my mother reminded me as if I didn't know.

It took eighteen lived years for me to come back into contact with the layered predicament of race. A decision to leave Anglo-Saxon ways of New England Prep School and venture across the Atlantic to join my mother in Vienna moved me to face the racial instability of my own identity.

Teetering on the brink of the never-known - a defining element of my identity has been drifting away in a riptide. And I find myself slowly drowning. My racial unawareness, and perhaps discomfort, is a reflection of the space that I occupy - the American space.

The Land of the Free has found itself in the cyclical process of administering a self-inflicted racial wound, bandaging it up, rinsing, and repeating. It began with the American native and the taking of his land. It moved on to the African son and the plundering of his body. The constraints this nation - my nation - has placed on race are eternal.

In our pixelated moment of awakening, behind all the curiosity and confusion, lay our first and most profound grain of knowledge: there is a spectrum in this world that illuminates the haves and have-nots. In our feeblest of stages, we approach the novelty of life with the candor we will soon learn to forget: race, as articulated by writer Ta-Nehisi Coates, is an "indubitable feature of the natural world."

Blooming out of this story is Coates's earth-shattering cry for awareness, Between The World And Me. Confined to the intimate proximity of a letter written from father to son, Coates chronicles his journey as a black man growing up in Baltimore. Vulnerability and unease undertone Coates's every word. Coates takes no prisoners, inundating every reader with the horrid plight of the black experience. Implicit in the narrative structure, Between The World and Me poses as a suggestive critique of the blind idleness of the Hip Hop generation. From Coates's vantage point, the black body is under the perpetual threat of harm. It bares no change if you are the "scion of a striving class, (the) patron saint of the twice as good" your body, as is mine, is forever bound. And perhaps I came to this discovery before I even read Coates, while I was away from America.

Tucked away in the foliage that comes with Autumn, on my way back from a hike in the rolling hills that shadow Vienna, an off-duty police officer of twenty years approached me in his drunken stupor. He stepped to me with indignation while racial epithets rolled off his tongue. Supported by his four legged companion and what seemed to be his girlfriend, the officer continued to encroach with a British sense of imperialism. Unthreatened by his fragile build (the meek would police in Vienna), the man and I locked eyes. I smiled. Entertained by his futile attempt to render me powerless, I felt as if I won and placed my hand out to let bygones be bygones. He didn't oblige and we went our separate ways.

This interaction was not foreign to me. I have been heckled while roaming the streets of Vienna before. What rocked my boat was my friend's reaction to what had just transpired. He was a couple years my younger and remains to be the sole American to grow up in Vienna and support Ben Carson (and he's white).

He chuckled, "ahah bro, hope you have you're legitmationskarte (diplomatic identification card) on you." I didn't know how to respond, so I remained silent. I said goodbye to him as if nothing had happened.

The flagrance of the smug look he wore on his face only began to take effect when I got off the bus just outside my apartment. In the hundred meter walk from the bus stop to the door of my apartment, I went from slightly irritated and confused to fuming with uncontrollable rage. As soon as I got inside my apartment, I shot like a bolt into the kitchen to tell my mother what just happened. I felt violated.

All she had to say was, "Bernard, you're black." In this moment, I realized that I was forever bound.

I didn't respond nor did she continue to go on.

The beacon my mother shined on my racial reality bombarded me with the sophisticated dynamics of racial superiority. Its subtleties are what infuriates me. Forever bound, I am, but I came to this conclusion by way of layers of depth and complexity. Quite frankly, I have led a privileged life of a suburban upbringing, private schools, and life abroad. I do not share the bleak and simplified reality displayed in Between The World and Me.

For me it was only three words. For the leader of the free world it was a Life Magazine.

Barack Obama's, Dreams from My Father, challenges the notions of what it means to be black in America. Framed through the lens of America's unmatched diversity, President Obama emerges as the fruits of multiculturalism. Only in America is it possible that a boy can be born with an African father, a white and Midwestern mother, three thousand miles away from the mainland, and be raised in part in Indonesia during his formative years. The uniqueness of Obama's upbringing and his eventual rise as the world leader is rooted in the uniqueness of America.

But with Obama's unforeseen idiosyncrasy, we get a man born without a script. On his journey to craft his own, he is confounded by the hypersensitivity of his grandparents that masks their insecurity ("You're beautiful Barry" almost poses as their hello), the tension between his individual and collective identity, and the longing to understand the African that lives within him.

All the while, he is still forever bound.

My President's complex reality reflects that of my own. Detachment from my paternal African heritage has made me obsess and detest a part of my own identity. Protected by an upper-middle class socio-economic environment, I have been distant from the African American mainstream that is rooted in Coates's bleak reality.

All the while, I am still forever bound.