I must confess that in spite of having been invited by many friends to Frieze, I managed not to get in. As a matter of fact, I almost entered Frieze Masters which is the section/tent dedicated to the canon of consecrated contemporary artists. With an artist friend who happened to have her work exhibited at the fair, we decided to use the entrance as a meeting point. I arrived half hour earlier than agreed and, without a free VIP pass or anything like that, I went to the ticket office to buy one. To my astonishment the price to get in was £36 before 5PM. When the guy selling the tickets uttered that figure, he looked into my eyes only to end up rolling his as if saying: 'Please don't be stupid. Don't pay this'. Of course, I got the message and decided to wait outside at the benches carefully arranged in order to people to meet, look and be looked at. 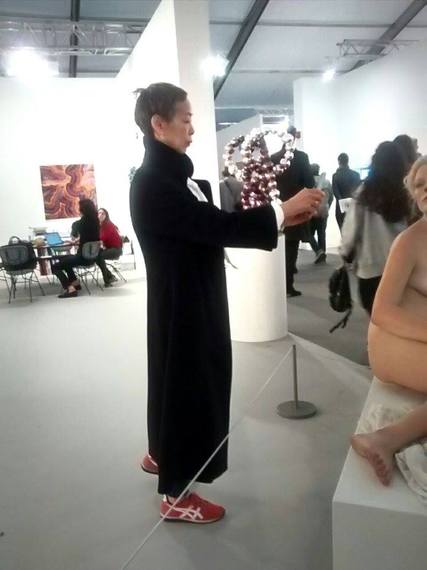 The people at Frieze dress in a specific way with a conflation of hipster-ish carelessness syncopated by an expensive accessory which in the case of men are glasses and in the case of women are bags. To me, it was blatantly obvious that the luxury industry is going through a crisis and no one knows what is chic anymore. Maybe it is because of that that some of them, sitting on the benches were reading The Art Newspaper, others were chatting and some of them were staring at their phones. Having said this, all of them, without exception would stop doing what they were doing in order to look around with disdain. At that point, it was obvious that none of them felt comfortable in their own skin and that that seems to be one of the requisites for collecting (or working in the) contemporary art. It is upon that economy of rejection that the contemporary art world is built. 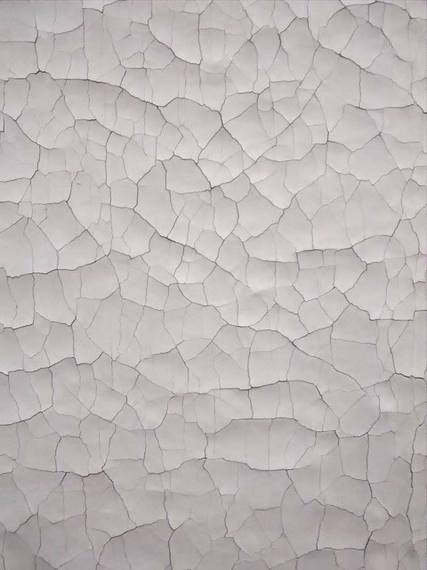 At that point my friend showed up and we decided to go to that coffee place in the middle of Regent's Park to get as far as possible from that energy, chill out and eat Cumberland sausaged hot dogs. I must say that I felt relieved of not having to get in and this speaks volumes. We resisted that magnet of negative energy called Frieze which year after year draws people to see bad art, feel uncomfortable and leave with a sour taste in their mouths. 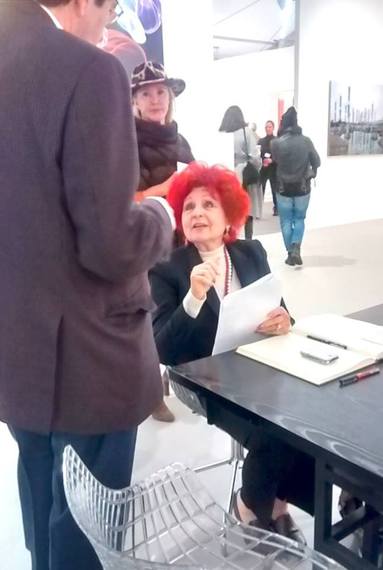 For a man from overseas like me, Frieze is, however, one of those occasions where friends from abroad come to visit and eventually meet me for lunch or dinner. Those were the occasions when I had the opportunity to have a look at what they liked about the fair. I must say that almost all of them coincided in pointing out what should be considered as a flood of Fontanas, Olafur Eliassons, and others whose names escape me now but whose works are either monochrome or assembled with materials that, allegedly, witnessed some sort of historical event that we are asked to consider as socially relevant.

One must wonder why top collectors decide to pour hundreds of thousands of pounds in works that are as blank and abstract as the Catholic host. What I mean is that both (contemporary art and money) are currencies which happen to be not only abstract but also literally blank. It is the economy of nothing. The comparison with the Host is not innocent because at the centre of the most visual religion of all, we find a white circle made of bread which is tasteless and odourless. It is as if Christianism is a centripetal whirlwind that at its center has 'nothing'. MoMA's decision to dedicate a retrospective to Lucio Fontana glorifies that uncanny taste for repetition and nothingness that characterises contemporary art, I would say, since Warhol.

On the other hand, the taste for artworks which value lay on the 'historical' relevance of their materials might be linked to how artists have lost faith in art as a way of adding value trough the wondrous manipulation of inert materials. Now it seems that manipulating pigment or stone are not considered enough to create value for that value is considered to have been created beforehand by a series of 'historical' events which the materials only witnessed. From the point of view of art, this is suicidal and entails the naturalisation of the gallerists needs which seem to dictate what is art and what is not. That is not art. That is just gossip. J A T