On March 26, Tumblr hit a huge milestone: 20 billion posts. Two days after the fact, the microblogging site tweeted, "Forgot to make a big deal of this earlier, but Tumblr crossed the 20-billion-post mark Monday night."

While short and not-so-sweet, this nonchalant and slightly sarcastic response is pretty demonstrative of the devil-may-care attitude many Tumblr blogs happen to have.

Since the site's inception nearly five years ago, Tumblr has attracted everyone from angsty preteens to serious bloggers by cultivating a community with an unabashed openness and a distinct sense of humor. Now, it hosts more than 50 million blogs, many of them specializing in the sarcastic, the ironic, and the downright hilarious.

Flip through the slideshow below to see some of our favorite funny Tumblrs. Did we leave out your favorite humor blog? Leave your suggestions in the comments (and include a link), or tweet it to us @HuffPostTech. You can also email us your ideas at technology@huffingtonpost.com. 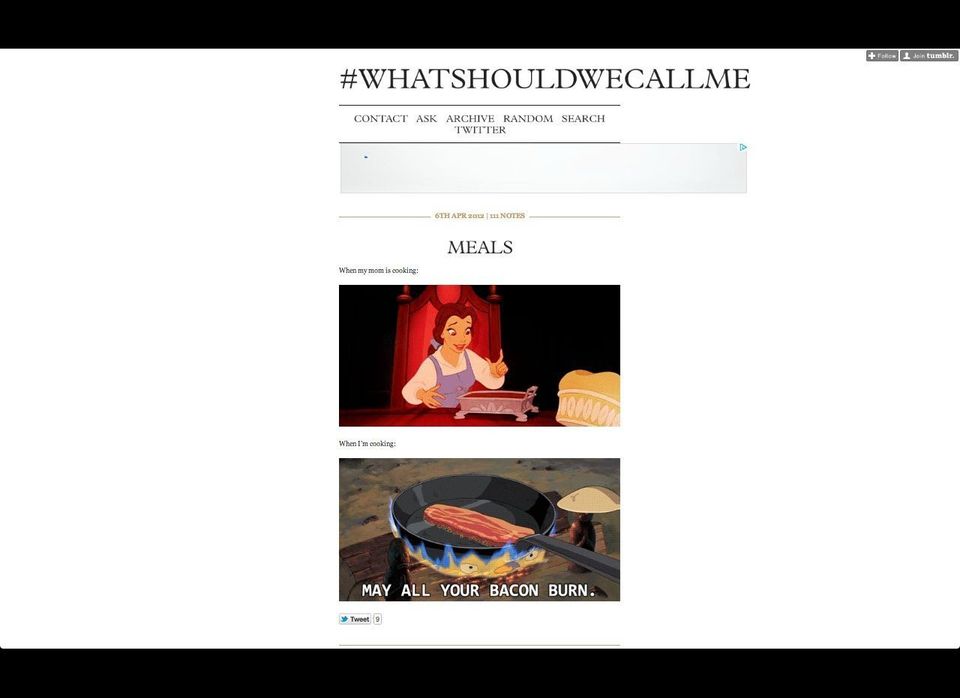