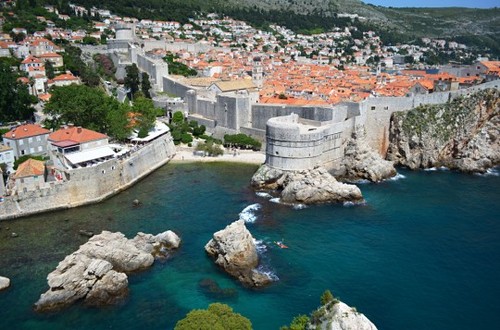 "This is the spot where Joffrey was hit in the face with excrement," Ivana tells us, relishing reliving the moment when Game of Thrones' bad boy king received his just desserts.

I nervously eye the battlements above the main gate to Croatia's exquisite fortress city, looking for any revolting peasants that might be lurking about. The only storming of castle gates going on, however, is by the stream of visitors entering Dubrovnik, now a.k.a. King's Landing. 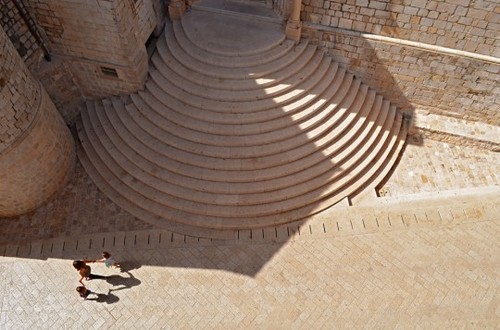 The Game of Thrones tour around the historic old city is so new that I'm lucky enough to be on the first one. There couldn't be a more perfect person to show people the show's hot spots than Ivana Radi. Apart from being a Dubrovnik native, Ivana is an archaeologist and a massive Game of Thrones fan. 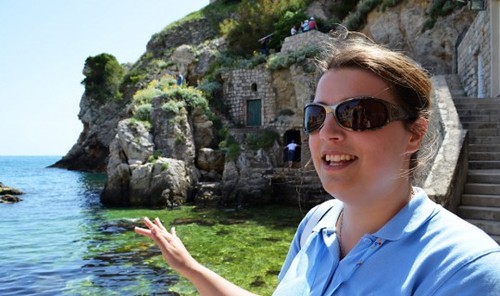 The icing on the cake is that Ivana appeared as an extra in the show (season two, episode 5 -- the girl in the market with a jug on her head). In addition to knowing all the gorgeous locations where key scenes took place, she brings the whole thing to life with first-hand experiences and juicy anecdotes; Jack Gleeson, who plays heinous Joffrey, is a really sweet guy apparently. 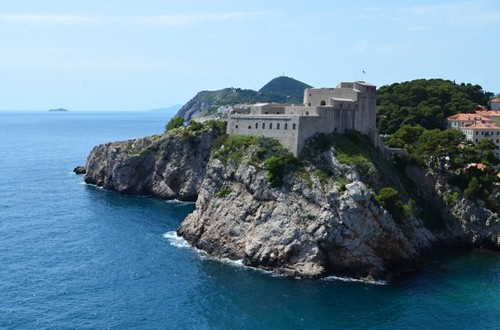 Dubrovnik wasn't the original choice for King's Landing. Malta played that role in season one, but a change in circumstances led to Dubrovnik taking over the mantle from season two. It's perfect casting; the city exudes history and atmosphere, with a past that is as bloody and peppered with intrigue and dastardly deeds as its fantasy doppelgänger.

First stop on the tour is Lovrijenac, a castle just outside the old city. This is the place to visit for photos of Dubrovnik that will make friends as green as the Adriatic shimmering invitingly below the fortified walls. It's the setting for some of Ivana's favorite scenes. She points out where a knight was thrown from the walls during Joffrey's tournament, as well as the chamber where Cersei Lannister gave a knife thrust of a retort to Petyr Baelish's assertion that knowledge is power.

"Power is power," Ivana mimics Lena Headey's reply. I get the impression Ivana has a sneaking respect for Game of Thrones' scheming beauty. 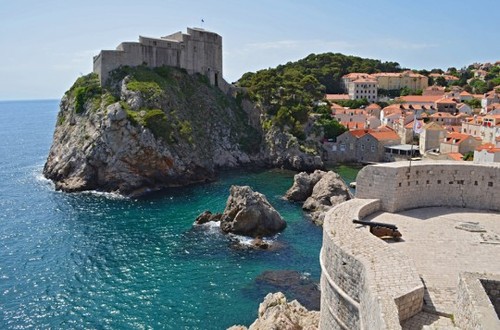 After that it's scenic spots and gruesome tales galore -- kayaks, instead of drowning boys, break the mirror-calm water where the slaughter of the innocents took place -- as we pass Blackwater Bay to climb to the high point of the tour, the old walls that surround Dubrovnik. All the time Ivana enthuses about the show, the filming experience and the history of her city, interspersing facts with throwaway lines that reveal a mischievous, razor-sharp wit. Time in Ivana's company is fun and fascinating and it passes far too quickly under the hot Croatian sun.

As we say our goodbyes I'm tempted to ask Ivana if there's a DVD shop nearby. After following in the bloody footsteps of Joffrey, Tyrion and Cersei I can't wait to watch the show all over again.

Book the Game of Thrones Tour of Dubrovnik