The advertisement gained widespread attention after it was defaced with bigoted graffiti, prompting Gap to change its Twitter background to the evocative image in a show of support.

Now an adorable Sikh couple has recreated the photo, and we can't stop smiling. Author Arsalan Iftikhar, who originally posted the image of the defaced advertisement, shared this photo on his Facebook page: 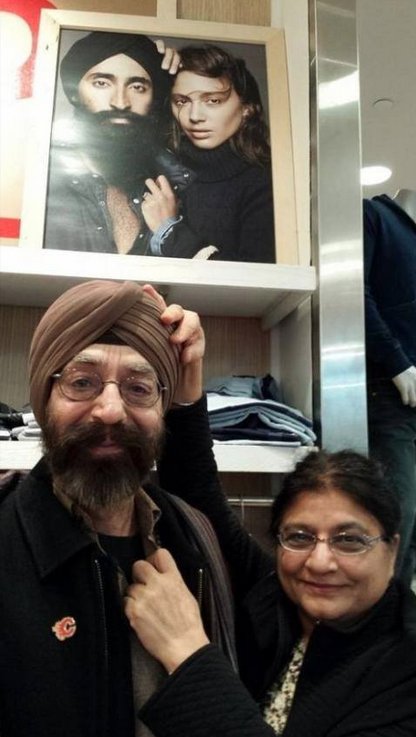 He wrote, "If you remember the Gap Subway Advertisement which was defaced with racist graffiti in New York...You will appreciate this picture sent to me by a friend."

In a country where portrayal of Sikhs in mainstream media remains rare, the Gap ad was praised by the community for its positive depiction of a successful Sikh. A "Thank you, Gap" Facebook group posted a letter to the company which said, "By placing a Sikh model in prominent locations on billboards, direct mail advertising and digital channels, you have raised the profile of Sikhs in ways the community couldn’t have accomplished with its limited resources. The community has tremendously benefitted from the attention it has received through Gap’s marketing campaign."

But this heart-warming picture is perhaps the best show of appreciation of all!