A recent study led by researchers at the Harvard School of Public Health has found that one in 10 children faces an elevated risk of sexual, physical, and psychological abuse due to gender nonconformity (meaning kids whose interests, pretend play, and activity choices before the age of 11 fall outside the bounds of those typically expressed by their assigned sex). As a result of the abuse, many will suffer from post-traumatic stress disorder (PTSD) by young adulthood, which can lead to a smörgåsbord of risky behaviors such as drug abuse, promiscuity, and self-harm, as well as producing physical symptoms such as chronic pain and cardiovascular problems.

Having been born one of these gender-nonconforming kids many years ago, I know firsthand the experience described in the study. These new findings suggest that even if I had not been birthed into a fundamentalist Christian cult, my parents would still have had their work cut out for them with regard to keeping me safe. (I plan to add this new info to my ever-growing parental forgiveness file as soon as I finish writing this.) Sad as it may be, from the moment I took my first breath, I was something of a moving target in this world.

Though I have identified as a cisgender male my whole life, as a kid I always enjoyed playing with dolls, making jewelry, singing, acting, and dancing -- all things considered "girly" by society and, at the very least, by the mean kids I grew up around in rural Nebraska. I gravitated toward girls my own age back then, not because I wanted to be one of them but because they were nice to me, and we had the most in common. The other boys took note of these similarities, and they teased me relentlessly.

I was a sweet, sensitive kid who didn't like sports, which made me the target of much bullying and harassment from kids my own age all the way until college... but this isn't breaking news. Everybody already knows that we faggy kids get our asses kicked as we grow up, and most of us don't need a Harvard study to tell us what the long-term effects of that abuse are, because we are still living them out to this day. But hey, it gets better, right?

I can't tell you how many times in my life I have heard the argument that people turn gay as a result of being sexually abused as children. As a survivor of extensive early-childhood sexual abuse myself, I have always found this to be the most disturbing of all attempts by others to pathologize and discredit my adult sexuality. This theory basically states that the man who raped me when I was a child has now somehow programmed my sexuality for the rest of my life, that the violence I repeatedly endured as a young boy is now the filter for all the love I have received since, or will ever receive. This is just simply not the case. I rejected this archaic notion long ago, and I am always surprised when otherwise thinking people haven't already done so as well.

What I find most interesting about this new study is their assessment that boys who acted outside gender norms faced three times the risk of sexual abuse over their conforming counterparts, and that both nonconforming men and women showed rates of PTSD almost double those considered "normal." This means that not only was I three times as likely to get assaulted as a "girly" 7-year-old than if I had been a "butch" kid, but also that I have had the pleasure of being twice as likely to feel traumatized in the years since. Instead of assuming I am gay because I was abused, doesn't it seem at least three times more likely that I was abused because I was gay? To me, this is a no-brainer, but it's relieving to have this new science back up what I have been saying for years.

If you are the parent of a gender-nonconforming child, please understand how important your role is in your child's survival. You will need to be three times as alert, three times as cautious, and three times as accepting to counteract what you (and they) are up against. Love them into overtime. They are going to need it.

For the rest of you who feel compelled to take action, I suggest that you consider mentoring and/or fostering LGBT and gender-nonconforming children and young adults who are being bounced around in the local system where you live. You have the power to change someone's life simply by being that safe space for them, whether it's in your classroom or your living room. If you can't commit time to a foster care or mentorship program, find a queer youth organization and write a check.

We can no longer just sit around and tell these kids that "it gets better," cross our fingers, and hope that it does. We have to find ways of actually making it better now. The time has come for us to demand better from our schools, from our community leaders, and from each other. Dietrich Bonhoeffer is quoted as having said, "The test of the morality of a society is what it does for its children," and I, for one, agree with him.

Can you guess which one is me? 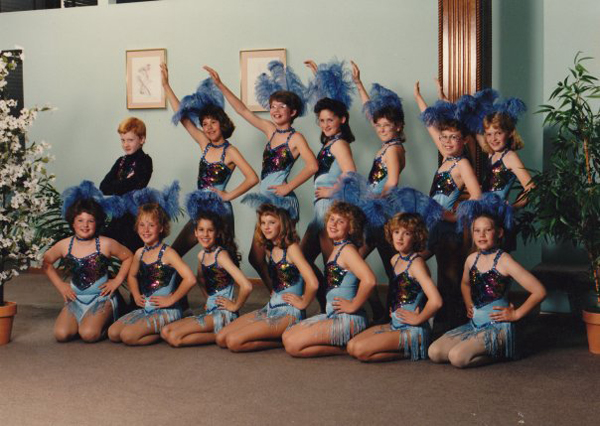