The question of Michel's sexuality on "Gilmore Girls" is perhaps best summed up by this fan page asking if he is "gay or just French." The show's creator, Amy Sherman-Palladino, spoke with The Huffington Post at ATX Television Festival in Austin, Texas, Friday and gave us what may be the closest thing we'll ever have to a definitive answer.

"We all know men who seem creative, who have wives and children," she said, giggling. "So we never actually pursue it one way or the other and sort of let it lie."

"We left it ambiguous and I think that was a choice," said Yanic Truesdale, who played Michel. "I actually never asked Amy! ... I've never asked, swear on my mother's head." 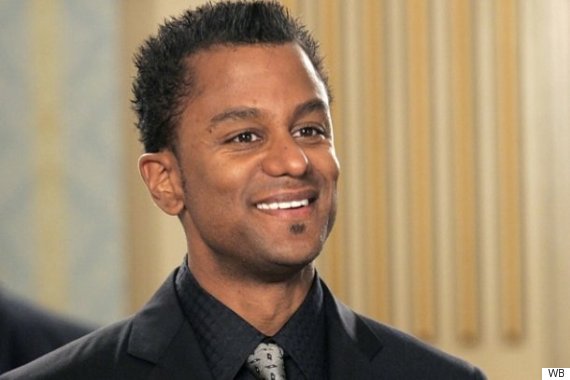 As Sherman-Palladino noted, early on in the series Michel makes a few comments insinuating he is straight. "We sort of went on record saying he was into women, because we put it in the script once," she said, "but things can change or shift."

Truesdale remembered that people speculated his character was in love with Lorelai, though his sexuality was never really part of Michel's character. "They couldn't figure it out and Amy liked that," he said. "That's why she made it like, 'Oh, he loves Celine Dion.' But he's French. French guys are more feminine. French guys are more sophisticated... If you go to Paris, it's like, 'Oh my god, is he gay?'"

Sherman-Palladino did, however, explicitly think of other Stars Hollow residents as gay. "We had characters in the town that we thought of as gay," she said, refusing to reveal who. "And we just thought of them as characters."

When the show started in 2000, LGBT characters were few and far between (read: mostly limited to Showtime's "Queer As Folk"). Sherman-Palladino actually intended Sookie (Melissa McCarthy) to be gay, but executives wouldn't approve.

"Things were different back then," Sherman-Palladino said. "The networks were very different in how permissive they would allow you to be. So, Sookie was originally supposed to be gay, but that was a non-starter at that time."

Although she has said the show couldn't exist today, if it had started a bit later, things might have been different.

"It changed so quickly," she said. "By the time 'Gilmore' had been on a year or two, that shit was starting to drop right and left. But by that point, Sookie was in a relationship. It was really right at the cusp of when things were starting to turn. You know, today everyone would be gay. Lorelai would be gay!"