An 8-year-old girl in China had a harrowing ordeal on Saturday when she fell into an enclosure containing three giant pandas at a breeding center.

The girl, whose identity wasn’t released, was examined at a hospital after the fall, but didn’t appear seriously hurt. The pandas at Chengdu Research Base of Giant Panda Breeding in Sichuan province were curious about their new visitor, video suggests, but didn’t hurt the girl.

The spill happened after the girl climbed the enclosure wall to get a better view of the animals, according to The Independent. She was somehow knocked off the wall and tumbled about 6.5 feet into the sunken enclosure with the pandas.

Video shows one of the pandas approached the crying girl, soon followed by the other two, as a guard tried to pull her out with a stick. When that didn’t work, the guard stretched his arm beneath the bars in the fence surrounding the enclosure and pulled the terrified girl to safety, according to the Evening Standard.

Despite the harrowing accident, a staff member defended the facility’s safety measures.

“The railings are quite high, so unless you climb over them it would be impossible to fall in,” she said, according to the South China Morning Post.

The paper noted the fence had plenty of gaps big enough for a small child to squeeze through.

After the rescue, the girl was taken to a clinic, which sent her to a hospital for further examination, according to The Independent.

The breeding center later issued a warning that pandas are not as friendly and docile as they may appear and urged visitors to keep their distance, the paper said. 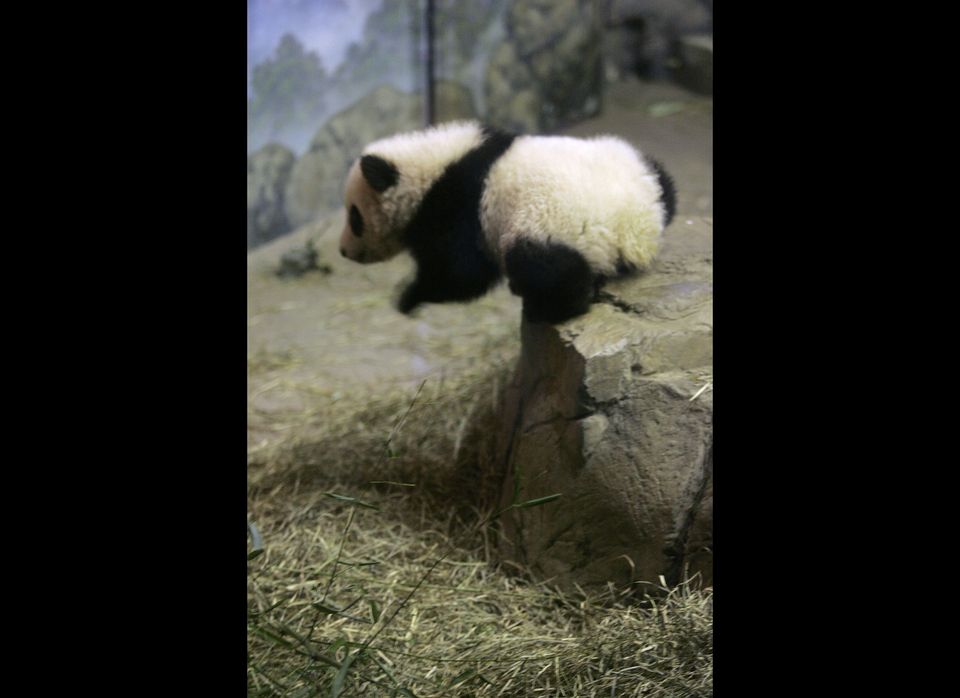