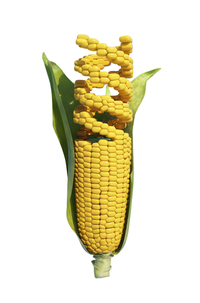 Walk down the center aisles of any supermarket and you will be surrounded by cartons, cans and jars that represent our modern diet. Processed, prefabbed foods, perennially ready to eat, warm up, dine out, dash in - for those on the go. If you don't see the USDA Certified Organic or Non-GMO Verified label, you can count on GMO ingredients inside those containers. The Grocery Manufacturers Association (GMA) estimates that more than 75% of those packaged, processed, center-of-the-store foods contain genetically modified ingredients. What in the world are they and what is all the fuss about?

GMOs, genetically engineered or altered, are living organisms that have had their DNA changed in ways that do not occur in nature. A scientist in a laboratory uses radical, often brutal techniques, be they chemical or mechanical, to force the DNA of one species into the DNA of an entirely different species.

Think strawberry and fish or cats injected with fluorescent proteins that make them glow in the dark. Consider goat and spider DNA married in an unbiblical way. This is very different than traditional cross breeding or hybridizing plants and animals. It's obvious that these combinations could never exist outside of the lab, yet the FDA and EPA don't recognize them as substantially different. Genetic engineering forcefully alters the natural occurring barrier between species, creating new living patented entities that have the potential to be unstable.

Industry-fueled science continues to usher in a more unique combination of life forms and genetically altered entities. Genetically altered trees and mosquitoes are already being introduced. They can potentially spread their pollen to native trees or breed with wild insects. The Scotts Company just announced that they will be commercializing grass that has been genetically altered to resist glyphosate (Roundup®). GMO grass will now be planted in public venues with absolutely no oversight or regulation. No one is assuring that we avoid genetic contamination of the natural world. 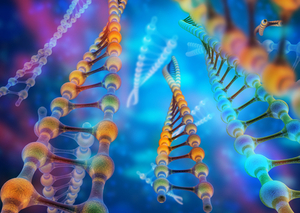 But as consumers wake up to the GMOs in their grocery cart, the biotech industry is already going beyond to a new generation of even more extreme genetic engineering techniques that promise to change life faster, cheaper and in more fundamental ways. This new basket of genetic tools comes with its own set of acronyms, but at root it's just the same genetic engineering mindset on steroids.

Take for example CRISPR - that's a new gene-editing tool that radically alters the traits of insects and plants and has been called the biggest biotech breakthrough of the century. Using CRISPR, scientists are now developing powerful genetic 'instructions' known as 'gene drives' that have the potential to aggressively spread and re-engineer entire populations of a species in a very short time or even to eradicate whole species. Good for us if we are looking to wipe out pests and disease, but troubling if accidental release from labs occurs, because these "super" organisms could spread rapidly and cause health and environmental disasters. Twenty-seven esteemed scientists weighed in calling for strict controls and caution. Meanwhile, technology continues to race forward.

One of the newest and most "promising" according to Monsanto is an emerging technology that can alter the genes of plants just by spraying them with RNA. This is not technically a genetically modified organism, but it does indeed control their cell structure. No one knows how this technique of modifying cells with a sprayer will affect other plants, animals and the humans that ingest it. "The Next Great GMO Debate" in the MIT Technology Review offers more insight.

The next landscape that genetic tinkering is literally cavalcading into is the hidden world of algae and yeast. In fact, that horse left the barn quite a while ago. With synthetic biology, scientists have figured out how to genetically modify algae or yeast so it "manufactures" unique substances like meat, leather, egg whites and milk. Modern Meadows is producing vegan leather and plans to grow vegan meat. Clara Foods will be serving up egg whites without the chickens and Muufri ("moo-free") has manipulated yeast cells to excrete cows' milk proteins, doing away with the inconvenience of dairy farming. Supporters call it a way to avoid animal welfare issues and the detrimental land, water and chemical effects of meat production, but these new synthetic animal products will still require agricultural inputs (mostly sugar) and represent a further industrialization of our food chain. How can this novel way of producing food and products be totally unregulated and untested for long-term environmental, social and health ramifications?

Genetic engineering has gained quite a toe hold in almost every corner of our lives. Whether we eat from the center aisle of the supermarket, walk down that manicured golf course or one day fondle that vegan leather purse, genetic tinkering is increasingly all around us. As a species, we are changing the very core of life through our entrance into the world of DNA and RNA. In evolutionary terms, it's an unprecedented moment that life itself has become an industrially-manufactured product.

The U.S. federal government spends millions to support these new technologies. An analysis by the Synthetic Biology Project at the Woodrow Wilson Center found that the U.S. government has spent around $430 million on research related to synthetic biology since 2005. They have spent nothing on environmental assessments.

The fox often guards the hen house, and in this case, the wealth of corporate profit is being protected over the health and safety of our environment. In light of the rampant expansion of risky emerging technologies, it's time we adopted the precautionary principle. As stated by the Science and Environmental Health Network specifically, "When an activity raises threats of harm to human health or the environment, precautionary measures should be taken even if some cause and effect relationships are not fully established scientifically. In this context the proponent of an activity, rather than the public, should bear the burden of proof."

You may be too young to remember the ad "DDT- is good for me." Let us not forget this image. The original producers of DDT are still at it, promoting technologies before we fully know their long-term implications.