Apparently "hollaback girl" has an actual meaning. But in our mind, we associate it with Gwen Stefani and her ability to, well, keep on coming back -- in this case, scoring herself the January 2013 cover of Vogue.

After an eight-year absence from the cover of Vogue, the No Doubt frontwoman poses for Annie Leibovitz in rocker-appropriate attire including Alexander Wang and that coveted Saint Laurent by Hedi Slimane collection. (Her male bandmates make a cameo appearance, but don't get in the way of all the high fashion...)

Landing the first Vogue cover of the new year confirms that Gwen is, indeed, everywhere these days: she appeared on the September 2012 cover of Harper's Bazaar and the January 2013 issue of Elle UK. It's all on the heels of No Doubt's news album, "Push and Shove," the band's first in 11 years.

While on hiatus from being a music superstar, Gwen has spent her time doing the fashion thing (L.A.M.B., Fred Perry) and becoming somewhat of a fitness icon -- or rather, an icon of being fit. "If you are feeling anything less than hella good about yourself, do not Google 'Gwen Stefani’s abs,'" writes Jonathan Van Meter in the accompanying Vogue article. Luckily Vogue allows Gwen to keep her clothes on (and your self-esteem intact) -- in fact she looks so great, we think Hedi Slimane might have found a new campaign star.

See more pics and read the full article at Vogue.com. 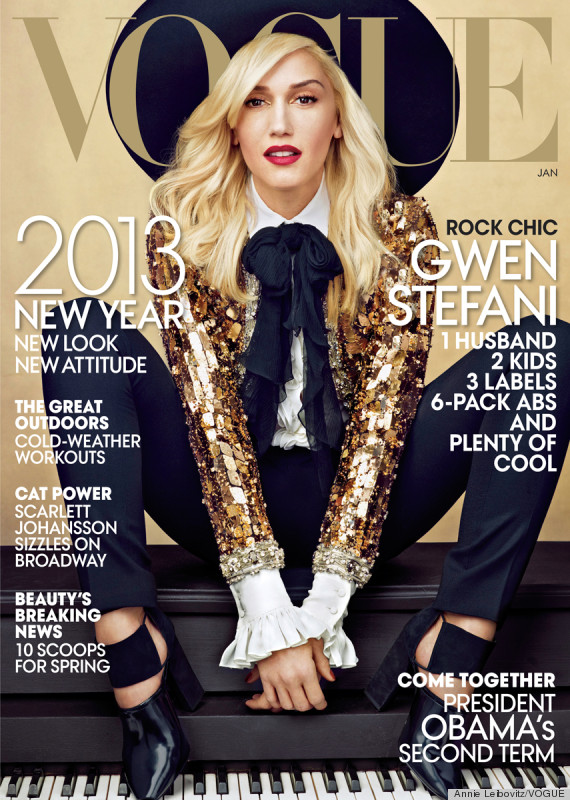 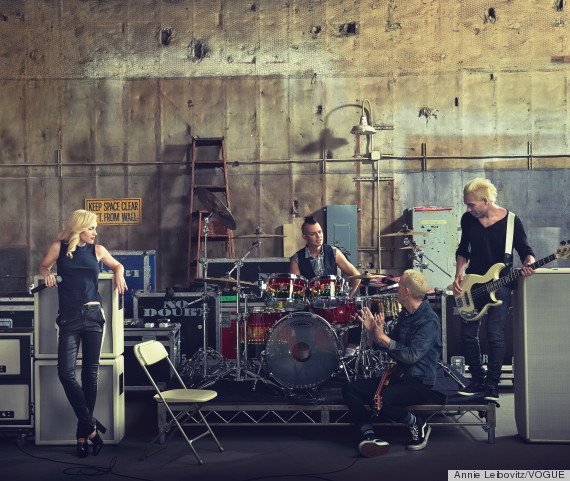