We'd like to think the greatest cinematic moments happen when a music scene induces some serious audience toe-tapping and head-bobbing. Then head-bobbing gets you chair-bouncing. And chair-bouncing just turns into all-out dancing like a fool. All while singing along as if you've missed your true calling in life, of course.

Check out our list of the happiest music movie moments that we turn to over and over again.

1. 500 Days of Summer: "You Make My Dreams"
Tom (Joseph Gordon-Levitt) is bursting at the seams with excitement after landing his dream girl, Summer (Zooey Deschanel). After leaving her apartment, his world becomes this magical place where everyone is friendly, and it's normal to have an animated blue bird land on your shoulder.

2. Ferris Bueller's Day Off: "Twist and Shout"
In one of the most iconic scenes from the movie, Ferris (Matthew Broderick) takes over a float in downtown Chicago and makes us all want to go out and shake it up, baby, now.

3. Love Actually: "Jump (For My Love)"
In this Christmas classic, Hugh Grant, who plays the British prime minister, lets loose and dances around 10 Downing Street like no one is watching -- adding just the right amount of silliness to his character.

4. The Perks of Being a Wallflower: "Come on Eileen"
If you can't relate to this scene, you really are too cool for school. Charlie (Logan Lerman) eventually meets two students who find his quirkiness and intelligence endearing, and they give him the confidence he needs to peel himself off the wall at his school dance and join them in the middle of the dance floor.

5. Almost Famous: "Tiny Dancer"
Director Cameron Crowe reminds us that coming of age can be a beautiful thing. This tender scene starts with the on-the-road bandmates staring out the van window in a funk, and ends with Penny Lane (Kate Hudson) telling William Miller (Patrick Fugit) that he's home -- all set to Elton John on the radio.

6. Bridesmaids: "Hold On"
In a scene that reminds you that you do actually want to be on one of those save-the-date magnets someday, Wilson Phillips makes a cameo and brings Annie (Kristen Wiig), Helen (Rose Byrne) and the rest of the once-competitive bridesmaids together in the movie's final wedding scene.

8. The Breakfast Club: "We Are Not Alone"
"A brain, an athlete, a basket case, a princess and a criminal" -- they have little in common, except for all being stuck in detention on a Saturday. The students end up making the most of it, and as the music progresses and the dancing begins, they put their differences aside and realize they aren't alone.

9. Big: "Chopsticks"
When Josh (Tom Hanks), a 12-year-old trapped in a grown man's body, comes across a larger-than-life piano in FAO Schwarz, he does what any kid would do -- play it with his feet, of course. This iconic scene embodies the film's theme of childlike wonder.

10. The Muppets: "Life's a Happy Song"
This opening scene is as jolly as they come. Gary (Jason Segel) and the new Muppet, Walter, wear matching outfits as they gallivant around the streets of Smalltown, USA encouraging everyone they pass to join in.

11. 13 Going on 30: "Thriller"
In an attempt to liven up the crowd, Jenna (Jennifer Garner), a 13-year-old who woke up in her 30-year-old body, gets the DJ to spin the Michael Jackson classic and makes her way onto the dance floor alone. At first, everyone thinks she's crazy as she lets her inner teen shine through, but, of course, by the end they're all doing the classic "Thriller" dance, too.

12. My Best Friend's Wedding: "I Say a Little Prayer (For You)"
In this rom-com, Julianne (Julia Roberts) sets out to stop her longtime best friend (Dermot Mulroney) from marrying the wrong woman, and brings her new BBF, George (Rupert Everett), with her. There's no shortage of great musical moments in this movie (karaoke, anyone?), but it's this sing-along that will stay in our hearts forever ... and ever and ever.

13. Sister Act: "I Will Follow Him"
In this final scene, Sister Mary Clarence (Whoopi Goldberg) leads the nuns of St. Katherine’s Parish in what starts out as a ballad but turns into a lively musical sequence. Is there anything happier than watching a bunch of nuns bust a move? We didn't think so.

14. 27 Dresses: "Bennie and the Jets"
This scene is a turning point for straight-edged Jane (Katherine Heigl), not just because she shows us her wild side while getting drunk and letting her hair down, but also because she gets Kevin (James Marsden) to admit that he shares her same enthusiasm for weddings.

15. Hairspray: "Good Morning Baltimore"
This 2007 musical is based on the 2002 Broadway adaption which is based on the 1988 John Waters' film (phew!) and opens with Tracy Turnblad (Nikki Blonsky) waking up in a delightful mood to the sound of her alarm clock. She takes us on a musical journey, all the while cheerily singing good morning to her city.

16. The First Wives Club: "You Don't Own Me"
These three divorcees close the movie by singing a declaration of freedom from male control as they realize that they don't need a man to make them happy.

17. Enchanted: "That's How You Know"
A princess and a lawyer walk through a park ... and magic happens. In this Disney live-action-animation hybrid, Giselle (Amy Adams) shares her view on love with Robert (Patrick Dempsey), and uses her considerable charm to carry this Central Park musical number alongside back-up dancers and a marching band. 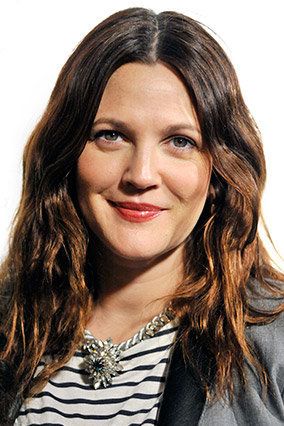 1 / 7
Drew Barrymore
<b>Romantic-Movie Cred:</b> There's the adorable "Never Been Kissed" (1999), the goofy "The Wedding Singer" (1998), the amnesia-themed "50 First Dates" (2004)... <b>Favorite Romantic Movie:</b> "She's Having a Baby" (1988) <b>Why It's Wonderful:</b> "This film shows a different, more adult side of John Hughes as a director, but it never loses his sense of play. There are so many memorable moments, like when Kevin Bacon's character rests his coffee cup on his wife's very pregnant stomach, or when she tells him she stopped taking birth control and it cuts to a shot of him strapped to the front of a speeding train. The film is grounded and real but also a total absurd fantasy." <b>Best Line:</b> "Here's to successful fertilization, sweetie!"
Getty Images