In today's globalized world, you can basically find any food you want, anywhere you want. You no longer have to travel to France for perfect macarons or Korea for a bowl of bibimbap. You can order everything from tamales to dosas from food carts across the U.S., and you can find Swedish filmjölk at Whole Foods.

Certain foods, however, are still hard to track down outside of their home base. Whether they get lost in translation, are illegal in certain places, or simply haven't caught on yet, these foods are not as easy to find as your soup dumplings, bahn mi or ramen. You might be thankful some of these foods haven't traveled far. For others, you may just be inspired to plan a trip.

Which foods do you wish were easier to find? Which ones are you happy to observe from afar?

Sapodilla: The sapodilla is a fruit native to Central America that has since spread to the Caribbean, the Philippines and to India, where it is cultivated along the coasts. The small fruit has tough brown skin and soft flesh that is so sweet it can taste like brown sugar or caramel.

Escamoles: Ant larve found in Mexico, escamoles are said to be a delicacy, and are sometimes called "insect cavier." Apparently they taste a bit like cottage cheese. 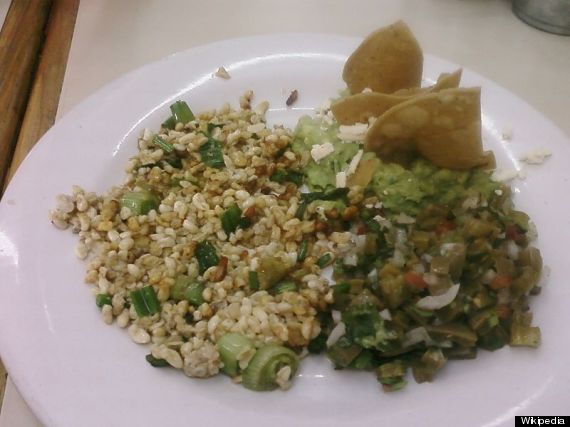 Lundi: It's true -- in Iceland, they eat the adorable seabird known as the Atlantic puffin. The puffin meat, called Lundi, is often smoked and will sometimes be broiled. 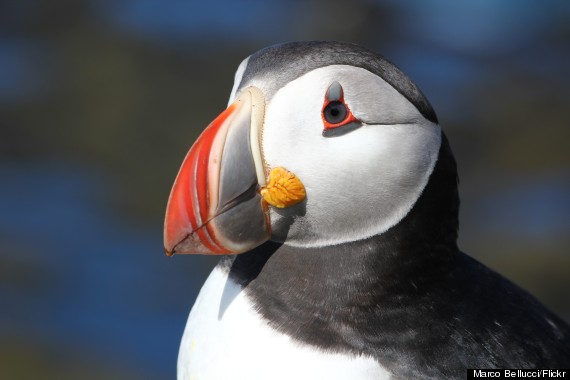 Milt: Found in Japan and regarded as a delicacy there, milt is fish sperm. It typically comes from cod, anglerfish or monkfish, and might be steamed, pan-fried or deep fried. 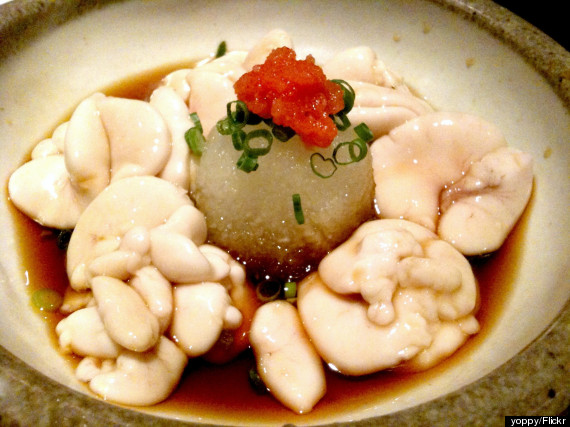 Torta Fritta: This savory, Italian fried dough from the Emilia-Romagna region goes really well with salami. While variations of fried dough appear all over the world, this particular version from Italy is unfortunately difficult to find. 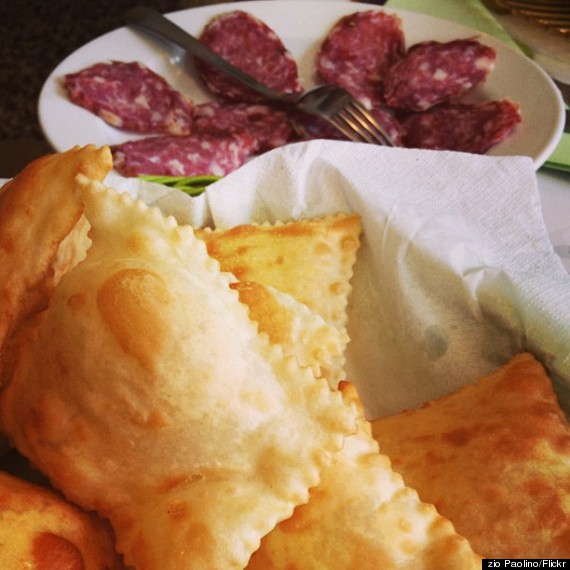 Nyponsoppa: This sweet, rose hip soup is popular in Sweden. It is served either warm or chilled, and it's common to mix small pieces of hard bread into it. 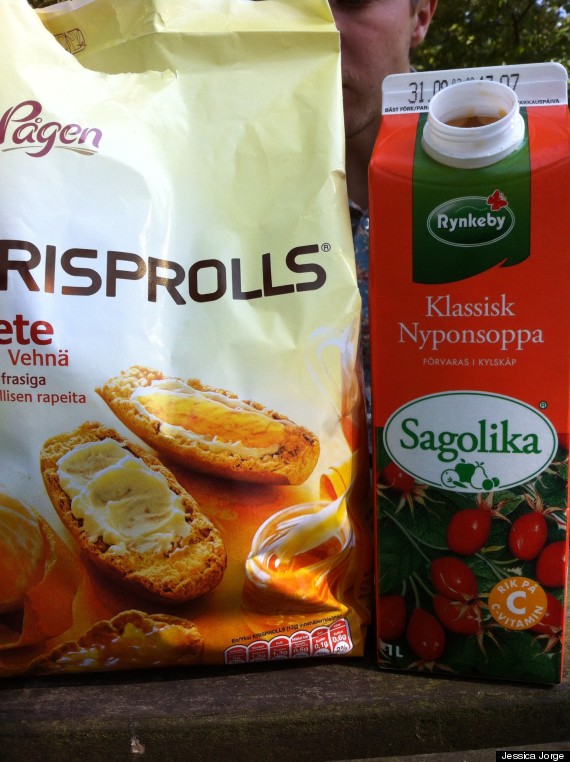 Durian -- With its notoriously funky smell and spiky skin, the Southeast Asian durian isn't the most inviting fruit. While it may be well-known for its pungency, however, some people say it tastes like caramel. Those who do like it may have a tough time finding it, unless they know where to look. 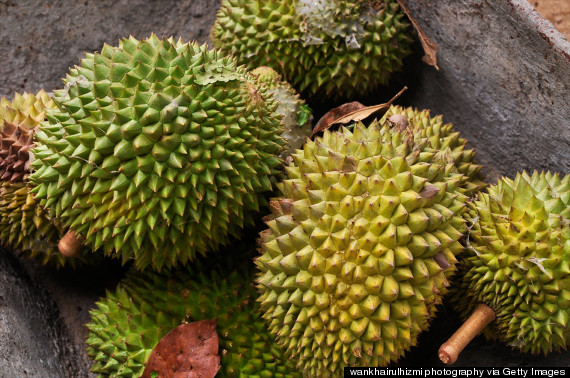 Balut: A hard boiled egg containing a partially formed duck fetus, balut is considered a common Filipino street food. It can be a little off-putting to some, and isn't widely seen outside of the Philippines. (Except for the time that one man ate 27 of them in five minutes.) 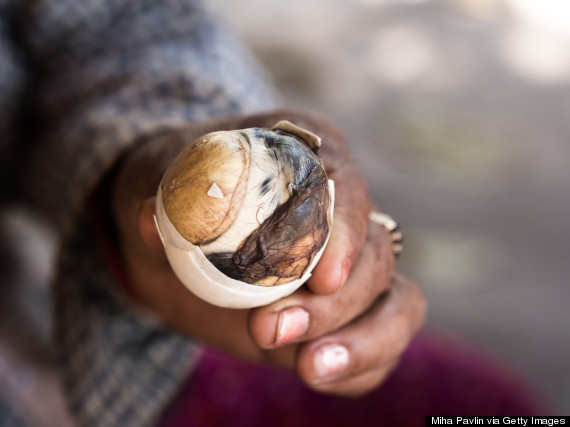 Quandong An Australian fruit also known as a desert peach, a quandong is a well-known "bushfood." With its tart flavor, the quandong is likened to an apricot or rhubarb and is often used to make jams or chutneys. 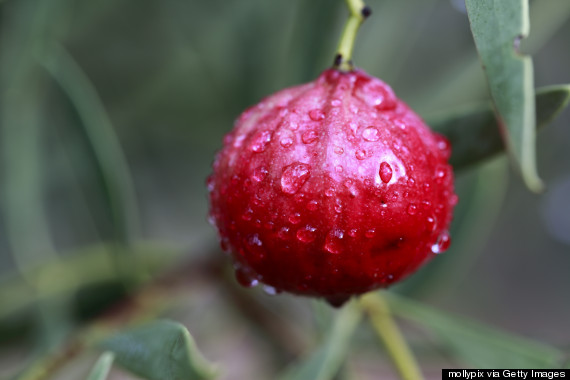 Drunken Shrimp: This Chinese dish is alive -- the shrimp are literally still living when you eat them, and yeah, it's hard to find this dish in the U.S. If you manage to find it, make sure to eat the shrimp quickly, lest one jump off the table. 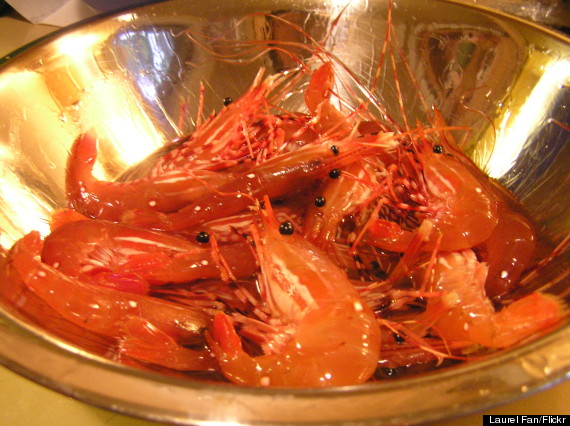 Stroopwafels: These Dutch cookies consist of a thin layer of caramel-like syrup sandwiched between two waffle wafers. Thanks to the Good Batch Bakery in Brooklyn, New Yorkers have been able to score these delicious cookies more easily in recent years. They're still too difficult to find, however. We want them everywhere, always, please. 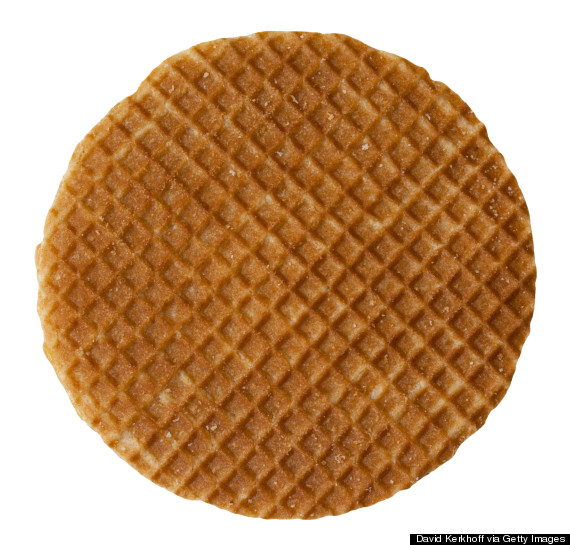 Century Eggs: Chinese in origin, at least according to legend, century eggs are preserved duck eggs. While they are also know as thousand-year eggs and millennium eggs, century eggs are only preserved for a few weeks or years. The final product is a strong-smelling egg with a gelatinous texture and dark color. 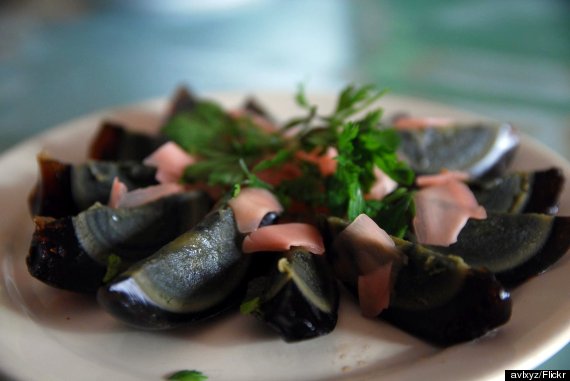 10 Local Cuisines For A Strong Stomach