He acknowledged, however, that the larger subject is "something to take into account."

Casey Bloys, who was named HBO's president of programming earlier this year, said "I don't think" that Game of Thrones, The Night Of and the upcoming Westworld use sexual violence as a too-easy plot tool.

"I don't think [the violence] is specifically aimed at women," Bloys said. "Men are being killed, too." 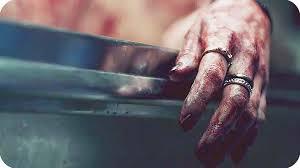 The mega-hit Game of Thrones triggered a storm of controversy last year for a graphic rape scene. The Night Of centers on the particularly bloody murder of a young woman, whose body is shown repeatedly in the first episode. Westworld, which will debut in October, explores a future place where crimes, including implied rape, are treated as routine.

Bloys noted that some of the characters in Westworld are robots, which he said "makes it a little different from Game of Thrones."

Several questioners at the Television Critics Association press tour in Beverly Hills asked Bloys whether graphic violence against women can be an issue of its own.

"I think that criticism is valid," said Bloys. "I take your point."

Game of Thrones Violence Against Women HBO The Night Of Entertainment