Raising a child in America is getting increasingly expensive, with childcare costs rising at a faster rate than the overall cost of living.

For New Yorkers, it's especially bad on both ends: According to data collected by Urbansitter, the city's parents shell out the most for babysitting with an average hourly rate for one child at $15.34.

But San Francisco and D.C. parents don't have it cheap, either; those cities followed with hourly rates of $14.99 and $13.83, respectively. Parents looking to pay less should head to Denver, where sitters are paid an average $10.84 per hour. 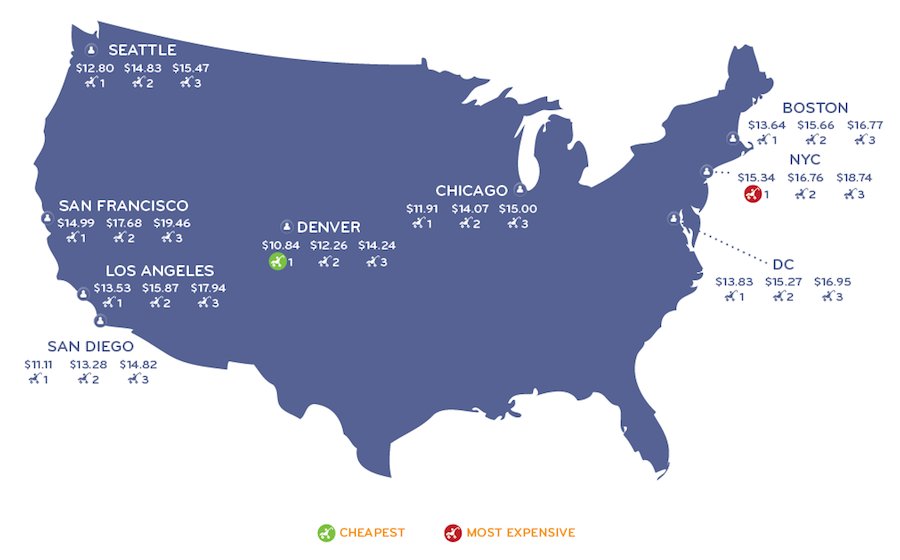 New York babysitters' steep price tag doesn't come as much of a surprise, though. After all, the city has a political party dedicated to the rent being "too damn high," and parents surreptitiously slip Birkin bags to employees of elite schools to better grease the way for their kids. Daycare alone costs upwards of $13,000 annually in New York, according to Business Insider.

Urbansitter's report, which surveyed 7,500 families across the country, also found that babysitters generally have a high turnover rate, with only 6 percent of families saying they've kept the same sitter for more than five years. Check out the rest of the findings at Urbansitter.com.

Voting Made Easy
Register to vote and apply for an absentee ballot today
Register now
More:
ParentsMake Life Work
Newsletter Sign Up
Raise the kind of person you'd like to know
Subscribe to our parenting newsletter.
Successfully Subscribed!
Realness delivered to your inbox