Have you ever thought about why we even bother to celebrate birthdays? When you think about it, they're really just an opportunity for your friends and family to come together and congratulate you for surviving another year. But for some reason it's become far more than that.

Although research on the exact origin of birthdays and birthday cakes remains inconclusive, there is enough of a consensus to piece together an approximate history. Perhaps someday a Birthdayologist will come along to set the record completely straight, but until then, we've compiled this short list of historians' best hypotheses on the evolution of birthday celebrations and the delicious cakes that so often accompany them.

Here are seven of the major developments throughout history that have led to you being able to do this once a year. 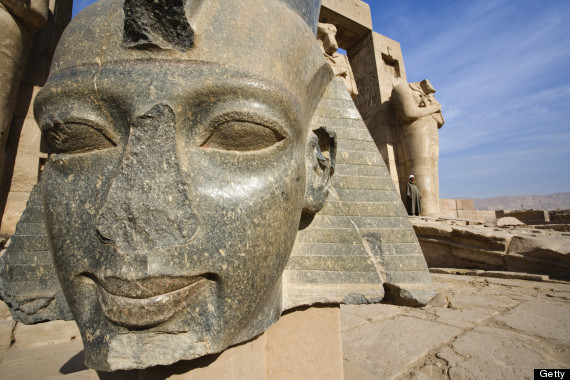 When pharaohs were crowned in ancient Egypt they were considered to have transformed into gods. This divine promotion made their coronation date much more important than their birth into the world. Scholars have pointed to the Bible's reference of a Pharaoh's birthday as the earliest known mention of a birthday celebration (around 3,000 B.C.E.), but Egyptologist Dr. James Hoffmeier believes this is referencing the subject's coronation date, since that would have been the Pharaoh's "birth" as a god. 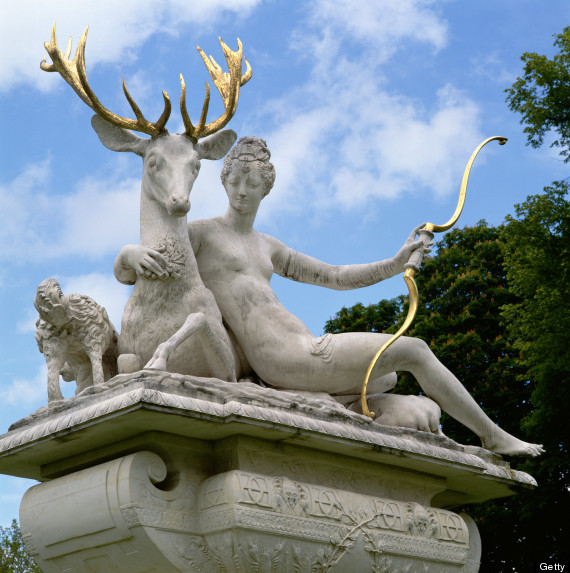 The Greeks offered moon-shaped cakes to Artemis as a form of tribute to the lunar goddess. To recreate the radiance of the moon and her perceived beauty, Greeks lit candles and put them on cakes for a glowing effect. The Greeks most likely took the idea of birthday celebration from the Egyptians, since just like the celebration of the pharaohs as "gods," the Greeks were celebrating their gods and goddesses.

3. Ancient Romans were the first to celebrate birthdays for the common man (but just the men). 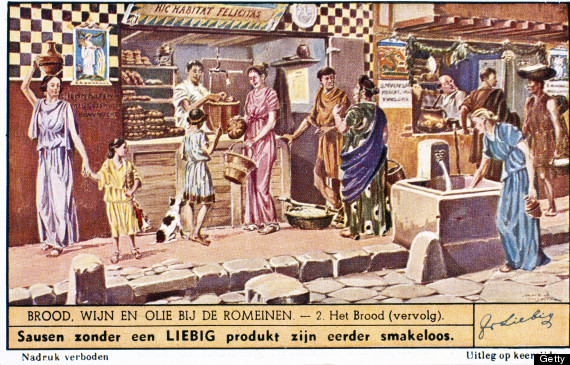 The prevailing opinion seems to be that the Romans were the first civilization to celebrate birthdays for non-religious figures. Romans would celebrate birthdays for friends and families, while the government created public holidays to observe the birthdays of more famous citizens. Those celebrating a 50th birthday party would receive a special cake made of wheat flour, olive oil, honey and grated cheese. All of this said, female birthdays still weren't celebrated until around the 12th century.

4. Christians initially considered birthdays to be a pagan ritual. 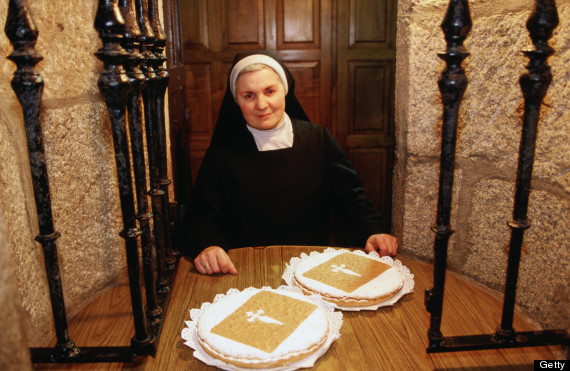 Due to its belief that humans are born with "original sin" and the fact that early birthdays were tied to "pagan" gods, the Christian Church considered birthday celebrations evil for the first few hundred years of its existence. Around the 4th century, Christians changed their minds and began to celebrate the birthday of Jesus as the holiday of Christmas. This new celebration was accepted into the church partly in hopes of recruiting those already celebrating the Roman holiday of Saturnalia. 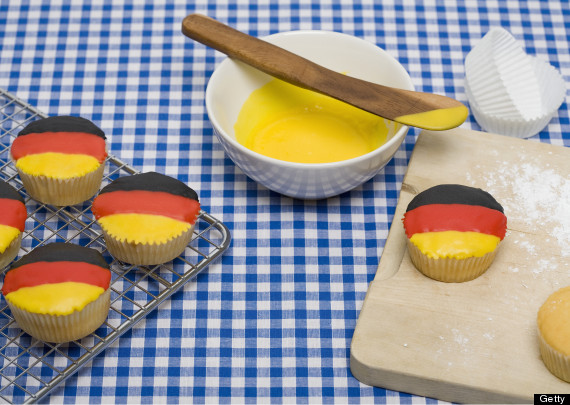 Although the general idea of celebrating birthdays had already started taking off around the world -- like in China, where a child's first birthday was specifically honored -- Kinderfeste, which came out of late 18th century Germany, is the closest prerequisite to the contemporary birthday party. This celebration was held for German children, or "kinder," and involved both birthday cake and candles. Kids got one candle for each year they'd been alive, plus another to symbolize the hope of living for at least one more year. Blowing out the candles and making a wish was also a part of these celebrations.

6. The Industrial Revolution brought delicious cakes to the masses. 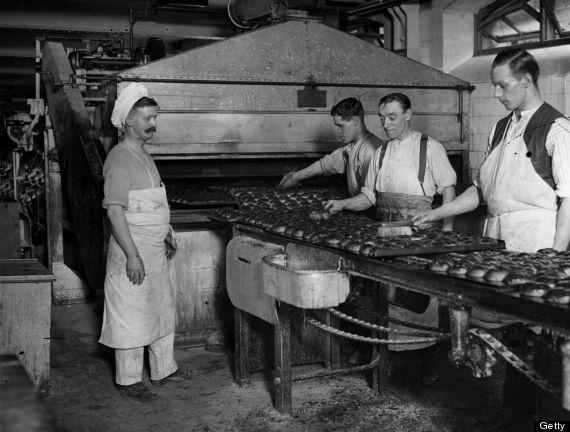 For quite some time, birthday celebrations involving sugary cakes were only available to the very wealthy, as the necessary ingredients were considered a luxury. But the industrial revolution allowed celebrations like kinderfest and the subsequent equivalents in other cultures to proliferate. Not only did the required ingredients become more abundant, but bakeries also started offering pre-made cakes at lower prices due to advances in mass production, such as the scene above capturing workers of one of the many Cadby Hall bakeries of the late 19th century. 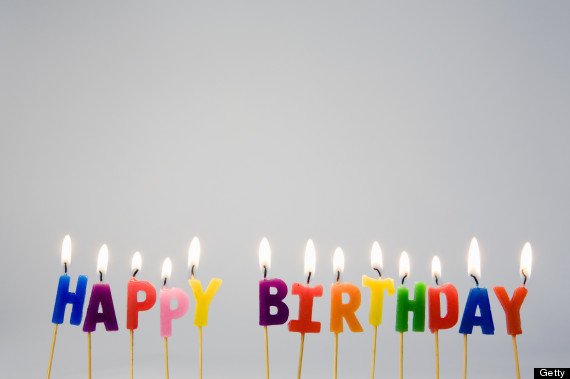 In 1893, Patty Hill and Mildred J. Hill wrote a song they called, "Good Morning To All," which was intended to be sung by students before classes began. The song eventually caught on across America, giving rise to a number of variations. Robert Coleman eventually published a songbook in 1924, adding a few extra lyrics that would quickly come to overshadow the original lines. The new rendition became the version we now all know, "Happy Birthday To You." 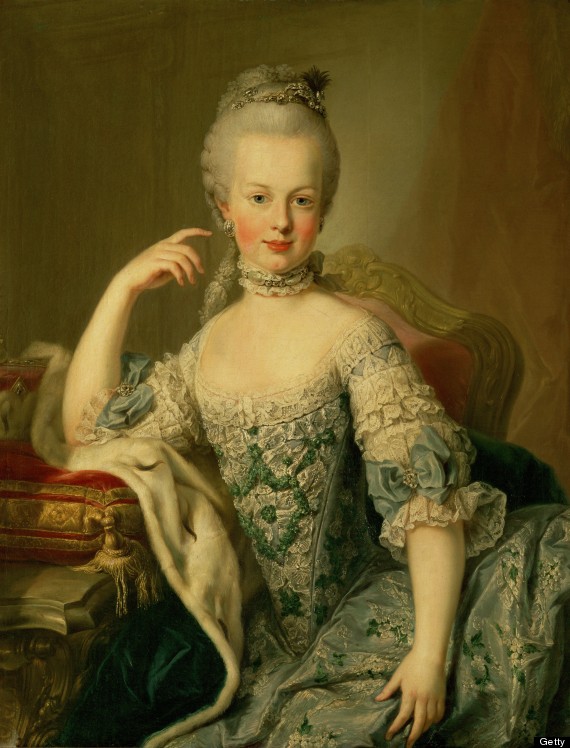 First off, nobody attributed this quote to Marie Antoinette until about 50 years after her death, when French critic and journalist Alphonse Karr claimed Antoinette had said the phrase, but essentially only sourced rumors. Despite Karr's theory, the phrase "let them eat cake" actually first appeared in Jean-Jacques Rousseau's autobiography, "The Confessions." In the book, Rousseau is afraid to go into a bakery because he feels underdressed. He then muses, "Finally I recalled the stopgap solution of a great princess who was told that the peasants had no bread, and who responded: 'Let them eat brioche.'"

Antoinette was actually just a little girl when Rousseau's work was written. While it's possible that she had read Rousseau's line and was quoting it in the infamous moment (and therefore not making a tone deaf remark about poverty), Antoinette biographer Lady Antonia Fraser, disapproves of this theory.

"[Let them eat cake] was said 100 years before her by Marie-Thérèse, the wife of Louis XIV. It was a callous and ignorant statement and she, Marie Antoinette, was neither," Fraser said in defense of the young princess. Marie Antoinette's name should be cleared!

Let us all eat more cake! 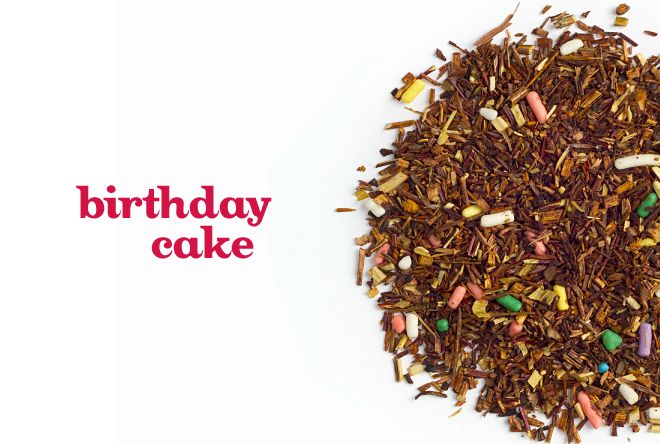 1 / 13
Birthday Cake Tea
It's a <a href="http://www.davidstea.com/birthday-cake?&currid=usd&LN=EN" target="_blank">rooibos</a> blend, if you're curious.
David's Tea