My son Nicholas was diagnosed with Sensory Processing Disorder (SPD) a few years ago, when he first started working with an occupational therapist. He is 7 now. We have lived with this disorder for almost five years.

So when I saw this article in The New Republic yesterday disputing whether or not Sensory Processing Disorder (SPD) is real or "sheer quackery" (their words), at first I just rolled my eyes and clicked away. But then I woke up this morning feeling like our story needed to be told because I am fortunate enough to have a platform for my son's voice. 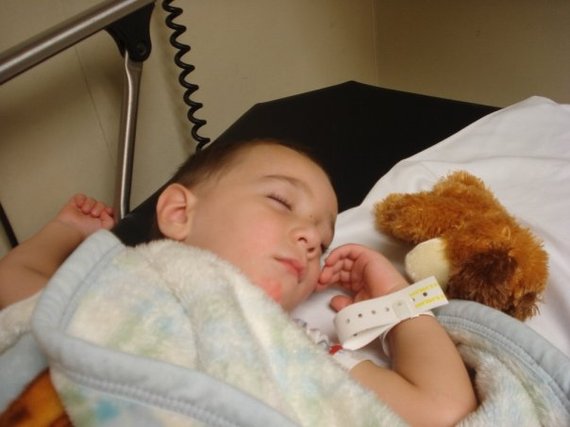 I have no medical training. I am just a mom. But I'm also a teacher with a master's degree in education that included several graduate level courses in child development. I know with certainty the difference between typical childhood behaviors and what I see exhibited by my son. This is what Sensory Processing Disorder is:

It's a 2-year-old who can sit on a Sit-N-Spin for literally hours and never get dizzy.

It's wearing Halloween shirts in May because they are the only ones that are not too itchy.

It's hating every activity that requires the wearing of socks.

It's not using the crock pot anymore because the smells are just too overwhelming.

It's explaining to your other children why they are in trouble for their behavior, even though they have seen their brother do the same thing a hundred times without consequence. "Because you know he can't help it, but you can."

It's living in fear of every paper cut and sunburn because they will be met with the same intensity as a broken bone.

It's constantly hearing the question, "Is he autistic?" from strangers of whose business it really is none.

It's sometimes just offering, "Yes, he's autistic," as an explanation in awkward situations because more than one doctor has said he may be on the spectrum, but they can't diagnose him officially because he is too social. At least "autistic" is a word the people with the questions usually understand.

It's worrying if you will be able to register for kindergarten because your 4-and-a-half-year-old is still not potty trained at all.

It's tears for two hours when sand sticks to sunscreen at the beach.

It's empathy training from the guidance counselor for a classroom full of children who don't understand why he gets to sit on a special chair and they don't, or why he gets extra time on the swings at recess.

It's being more worried about your now-7-year-old putting small objects in his mouth than you are about your toddler.

It's holding down your screaming child for an enema for the third time this month so that he doesn't get fecal poisoning from refusing to poop.

It's being in the emergency room at midnight because, despite your efforts, your toddler has held his stool for so long that it has gotten severely impacted and is causing colon spasms so bad that they were at first mistaken for a ruptured appendix.

It's calling every therapist in your county until you find the only one willing to see a toddler.

It's paying $100/hour out-of-pocket to have someone recommend children's books like It Hurts When I Poop and play in sand tables.

It's a whole stack of envelopes on an understanding teacher's desk. Ones that contain notes that say, "Read this, then smile at me and send me back to class," to give special tasks to a child who just needs to get away from all the people for a minute. Delivering a "very important message" to the nurse or the school secretary can be an inconspicuous way to do so.

It's giving permission to have your child pulled out of class by the school custodian to be mentored and do heavy work, like pushing the bucket of mop water, for a few minutes.

It's weighted vests and blankets and chewable jewelry.

It's checking every morning to make sure the sensory brush is in the backpack right beside the lunch box.

It's getting very strange looks when you start brushing the arms and legs of your tantruming child in public.

It's making up excuses to avoid birthday parties because you know they will be too overwhelming, and you don't want your child's behavior to take the focus off of the birthday boy or girl.

It's two full-grown adults wrestling a child for 20 minutes to get eye drops in one eye.

It's well-meaning adults suggesting that you medicate him for ADHD, but it's just not that simple. There is no medicine that takes away the smells and the sounds and the feelings.

It's avoiding trimming hair and nails until the last possible second.

It's the terror that accompanies every bloody lost tooth and the empty space in the mouth that doesn't feel good anymore.

It's never, ever getting a good night's sleep because there is no such thing as comfortable.

It is very, very real. 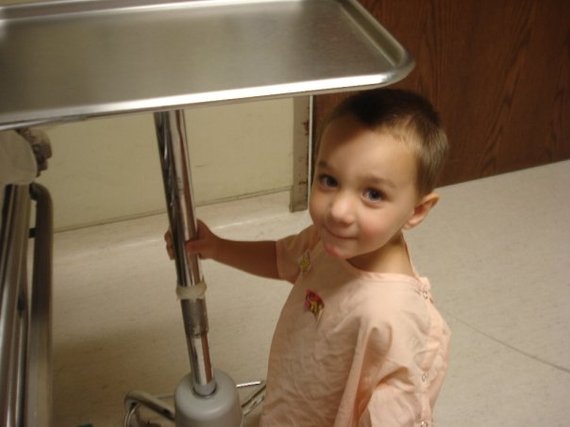 To read more posts by Stephanie Giese, visit her website, Binkies and Briefcases.

More:
ParentsspdAutismsensory processing disorderparents-moms
Newsletter Sign Up
Raise the kind of person you'd like to know
Subscribe to our parenting newsletter.
Successfully Subscribed!
Realness delivered to your inbox