So those of you who regularly read this blog will know that I can be a bit of a joke-cracker.

It seems there are some days when I can't get a sentence out without some kind of cheeky quip thrown in. Sometimes it's almost like a tic I can't control.

I've also been known to crack jokes in places that miiiiight be considered... appropriate. 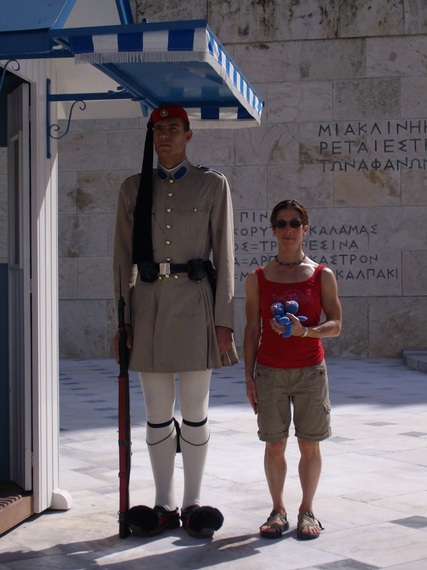 Recently I decided to take my joke-cracking to the place it belongs.

I excitedly signed up for an open mic night that would occur a few nights later, wrote up my five minute set of jokes, and then...

... spent the next several days with the bejesus scared out of me.

I fretted and obsessed and visualized what it would be like -- how hollow and dark it would feel -- if I told my jokes and nobody laughed.

But I never bailed out.

Now, despite how great it would be to say otherwise, this had nothing to do with my own gumption. It was because Hubbie didn't let me.

Wow, you might be thinking, this Hubbie character sure knew the right words to say. Quite a guy!

And while yes, he's quite a guy, it's not quite that simple.

We all have things we want to do that take us squarely out of our comfort zone. That scare the bejesus out of us.

Whether trying something new that's uncertain... or leaving something current that is certain... heading into the unknown -- even if we know deep down it's something we must try -- can be terrifying.

And so, far too often, when we get really close to doing it, we bail out.

I've written before that, in fearful moments like this, I often invoke a favorite (slightly modified) quote from writer Julia Cameron:

Leap and the net will appear.

Today I write about the fact that, sometimes, it's not always about us leaping off the cliff.

Sometimes, when we get close to doing it and then consider bailing out, it's about someone pushing us.

Now, as you might expect, there are a few rules to this pushing-off-the-cliff thing:

There's a good chance that, right at this moment, there's something brewing in you that might require a leap. And it might just scares the bejesus out of you.

Know that, the closer you get to leaping, the more you may need someone to push you. And, even if you don't, it would still be great to have them there, high-fiving you along the way.

Either way, once you leap, there's no telling how far you'll fly.

Or how many people will actually laugh at your jokes.

Which they did. When I finally got on stage. 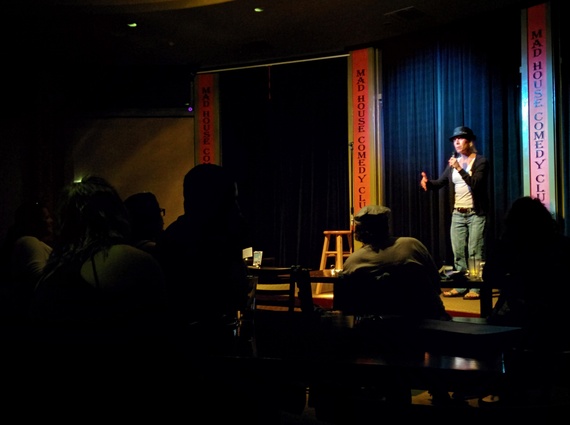 More:
supportscaryhealthy livingperspectivenegative
Newsletter Sign Up
The essential guide to taking care of your mind and body
Subscribe to HuffPost’s wellness email
Successfully Subscribed!
Wellness delivered to your inbox