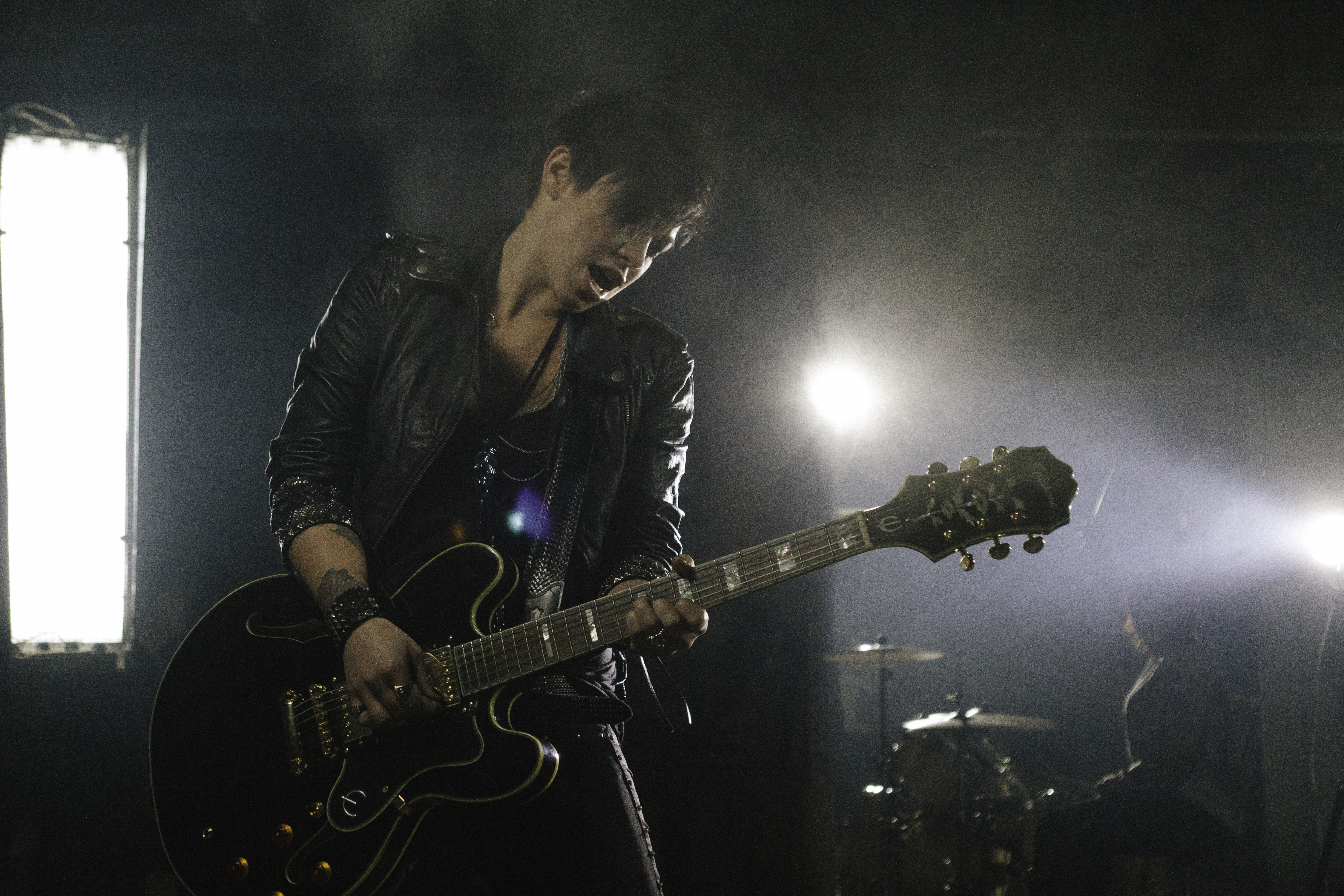 I broke my interviewing cherry with Kiyomi McCloskey from Hunter Valentine. Now, don't worry. I already know that I am not a journalist (surprise!), nor do I write for Rolling Stone, so I decided to just talk to Kiyomi -- and, of course, ask questions that I thought people who read my blog would be interested in: things about beer, fashion, travel, dating, and being butch. If you want more of the "who's your musical influence"-type questions, go check out Hunter Valentine's website. Oh, and Google them, as many journalists do.

First of all, Kiyomi was super-chill. I really enjoyed talking with her, and I think that all of you should go listen to her band's music immediately. In fact, stop reading this and go watch their new video for "The Pulse" right now. Go ahead. I will wait for you.

All set? OK, here is the "interview," so to speak.

Butch: Your bio says you met your band mates over cheap beer and rail whiskey. What kind of beer? And what is rail whiskey?

Kiyomi: We were underage. The Canadian drinking age is 19, and I think I was like 17. It was a Canadian beer, probably Keith's from the east coast, Nova Scotia. Rail whiskey is a Canadian thing; you call them "well drinks."

Butch: The cheap stuff? I guess if you were kids.

Kiyomi: Yes, cheap. Now my favorite Bourbon is Woodford Reserve, and I also like Blanton's and Jefferson's. Both are high-end stuff, by the way. I'd never heard of Alexander Keith's, but will be looking for an opportunity to try it, because they look cool. I will pass on any rail whiskey, natch.

Butch: I'm not going to ask you stuff like "who are your musical influences?" because I'm a blogger, not a journalist. Cool?

Butch: What is your favorite place in the world to play?

Kiyomi: Japan. Tokyo, because of the people, the food. It's so impressive, and beautiful. They are very respectful, passionate people. You can tell by the way they do the work; there's so much care and attention.

Butch: What are your favorite things your fans throw on stage?

Kiyomi: I don't really get that, so I haven't received that many exciting or interesting things. Usually we get an empty bottle of beer. A few nice Bourbons, like a bottle. Fan-made shirts are always really impressive. Fan art is pretty cool. Laura gets a lot of things thrown at her, because she gets naked. 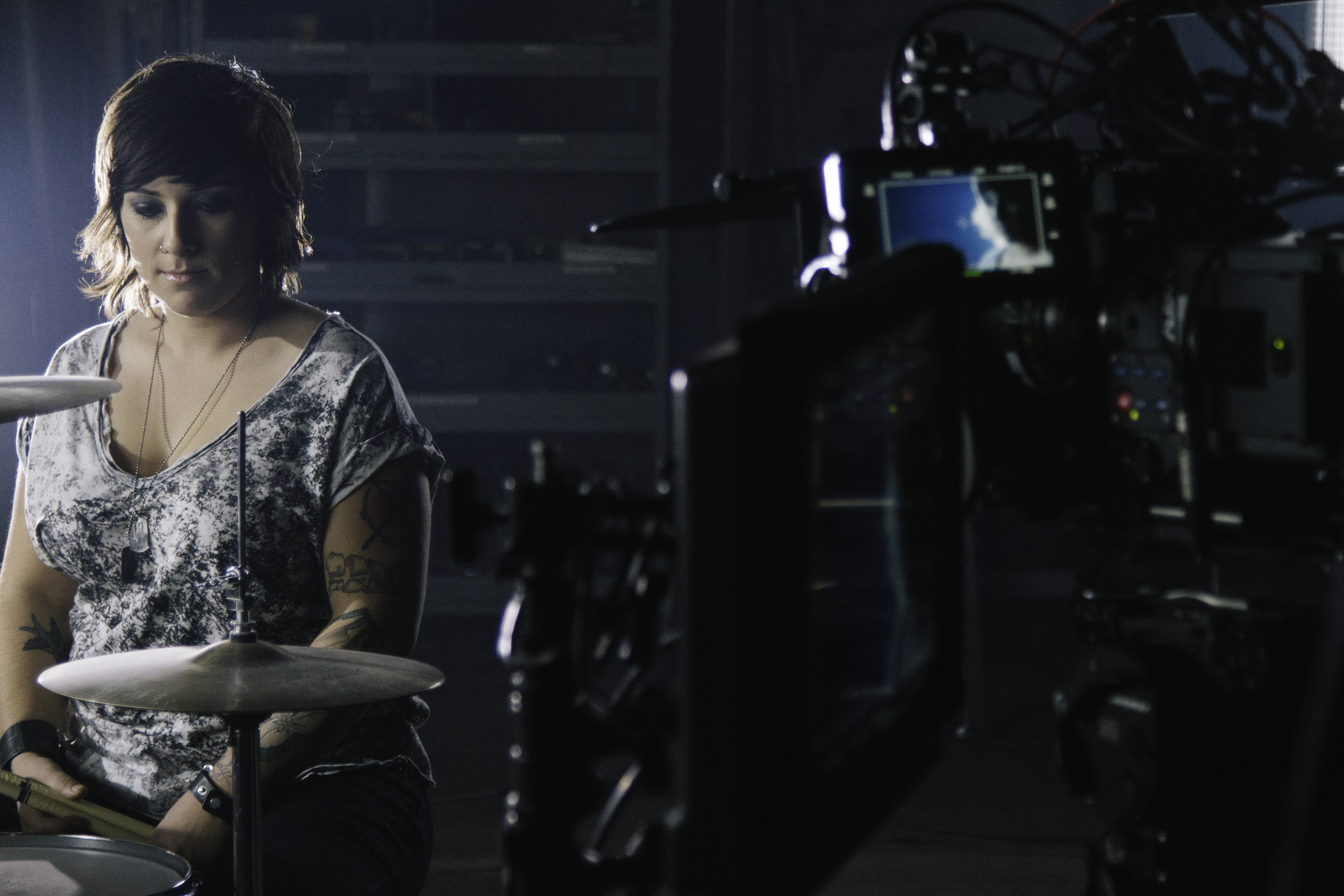 Butch: OK, are any of the four of you single?

Kiyomi: I am not single; it's complicated for the others, so I won't answer for them.

Butch: How did things change for you after The Real L Word?

Kiyomi: We were exposed to fans on more of an international level. It was like we would walk into a city, town or country we'd never been in and have overwhelming support that we didn't even know existed. A lot of them were fans before the show, but promoters and bookers saw we had more of an international appeal after the show. The main objective of being on the show was to gain more of a reach for the band, and we achieved that.

Butch: What do you think or know about butch/femme identities?

Kiyomi: For me myself, I embrace them. I don't let them define me, though. I enjoy being a tomboyish woman, but if I feel like wearing lipstick or showing my cleavage, I am going to do it. I don't live by the definitions of anyone else's opinion of what I should be. Because I was one of the more boyish lesbians on the show, people think I should be that way all the time, but I don't give a fuck about that. I really respect the people who laid the groundwork for our community, but I feel like people should be open on any given day. The fact that we spend time and energy telling anyone that they can't be who they are is really surprising. We are supposed to be about openness.

Butch: Do you think your music is particularly butch?

Kiyomi: I think that's sexist. Women can't play rock music without being thought of as butch? Rock-and-roll music is sex and sexual. If a woman is talented enough to play the guitar or the drums, that is sexy to me; that is an attractive feature. I don't really see it as butch. I see it as talent and drive and sexy.

Butch: I meant, "Do you think of your music as butch?" not, "Are you and your bandmates butch because you play rock music?" I didn't mean to offend you.

Kiyomi: Oh, good. No, I'm not offended! "Butchhood" or "butchiness" is sexy, definitely. I just meant that women who rock aren't by definition butch -- look at the Distillers. She is sex, taking control. Same with Courtney Love, taking control over the audience. Does demanding that control make them butch, make them masculine? Ideology that feminine is less or weaker is crap.

[Man, I was worried I had offended her. What a relief. Plus, she thinks butch is sexy. Hooray! I certainly agree with her on that, and I love the new terms she invented.]

Butch: You have a raw, kind of aggressive style. What are your influences for your fashion? How did you come across your look?

Kiyomi: For me, fashion is, in a way, an expression of your mood, what you're feeling. Not all the time; sometimes you just put on whatever the fuck you want, and that's OK too. Even though I dress a little bit boyish, I like the classic, clean, dressier look. I like the sleekness of black. I don't know where I get it. It's always evolving, changing. I'm not afraid -- I definitely don't wear dresses -- but I'm not afraid to wear what I want when I want to. Trying new things is important.

Butch: How much fun is it touring with Cyndi Lauper?

Kiyomi: The full-on summer tour hasn't started yet, but I've played with her before. Wonderful lady, really inspiring. I could sit and listen to her stories for hours. She's a tough cookie; I think you have to be as a female in this industry. I'm excited to have her share her stage with us for the summer.

Butch: OK, are you ready for the lightning round of questions?

[A delicious Belgian? Swoon! A woman after my own heart!]

Kiyomi: I'd like to say books, but it ends up being movies. The last film I saw was an indie called Little Birds, and before that The Great Gatsby.

Kiyomi: Motorcycles. I love Triumphs. My dad has one. I need to get a bike soon, probably a '70s Honda.

Kiyomi: My girlfriend is blonde right now, but she's originally a brunette, so brunettes.

Butch: Good call. Is there anything else you want your fans to know?

Kiyomi: Our record Collide and Conquer is out now. You can get it in stores or iTunes. Check us out in a city or town near you this summer. Even if we aren't coming to your town, we are probably coming near you.

I love that she called it a "record"! I thanked Kiyomi for her time, and for answering my unorthodox questions. She encouraged me to keep talking to people the way I did to her: as a real person. I asked her if she had any questions for me, and she asked me, "What are you doing tonight?" That's her style. Relaxed and easy -- and sexy.

Go see Hunter Valentine. Their music is fun, they are hot lesbians, and Kiyomi has great taste in beer and Bourbon. What more can you want?

It's butch to play music that you like, and to support hot musicians playing great music. Be butch. 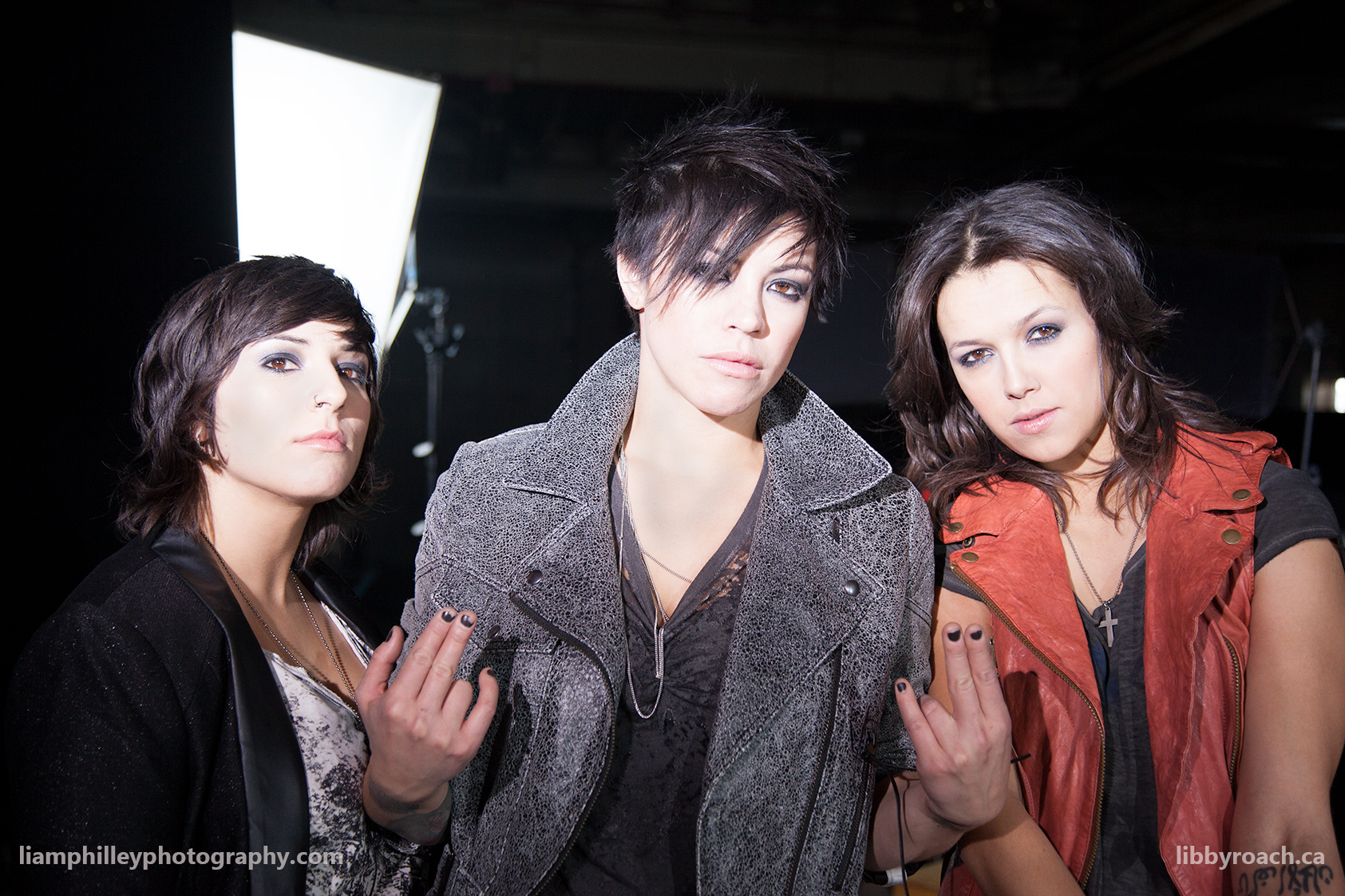