Obamacare officially opened for enrollment at 8:17 a.m. this past Tuesday, despite glitches in the system and a government shutdown.

Two years ago, in October 2011, Blogger Miss M. Turner accidentally ended up starting the 'I am Obamacare' movement when she a posted a photo expressing just how much the Affordable Care Act will help her.

And in the last week, while the government has stayed firmly shut, an increasing number of people have come out to talk about the ways in which the act is changing lives.

So as we near the end of week one of the shutdown, we decided to showcase some moving stories of the positive change that is happening because America finally has access to affordable healthcare.

Miss M. Turner couldn't pay for a tumor surgery until Obamacare came along because insurance providers decided she had a pre-existing condition. 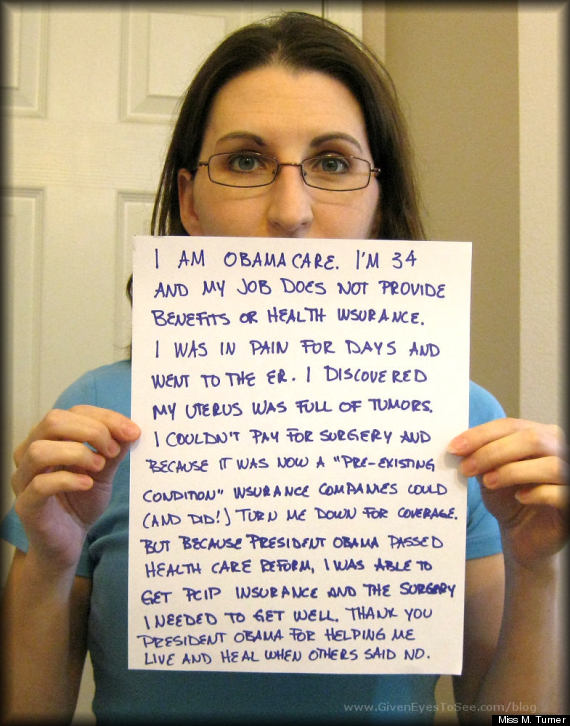 Aimee lost her vision while working two jobs. Forty percent of her income went toward for an expensive insurance plan that her employer demanded she paid for. 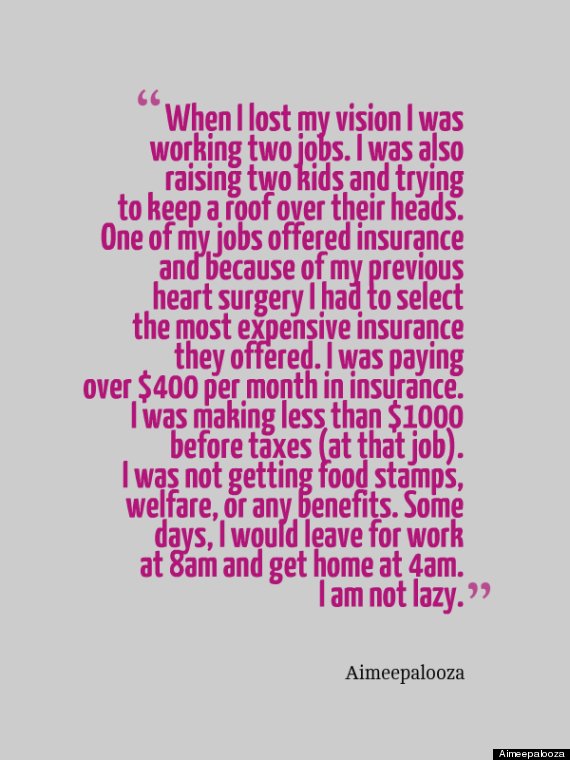 This woman's elderly mother can now afford her medication. 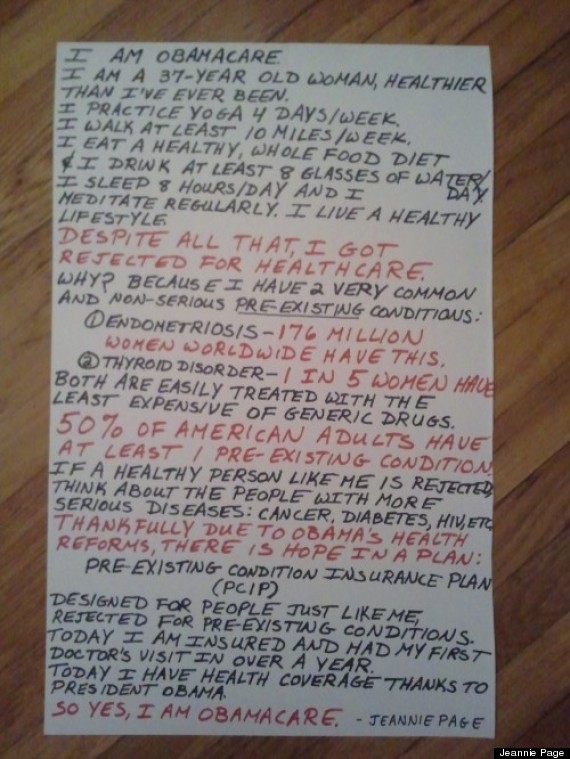 Sonia has rheumatoid arthritis and was kicked off of her parents' insurance plan at 23. Now she can afford her medication.

This woman was uninsurable as a cancer survivor, and now she has the coverage she needs.

Joseph LaMountain went the last 18 months without health insurance because it would have cost him $1,500 every month out of pocket. Now he's insured for $168 per month. 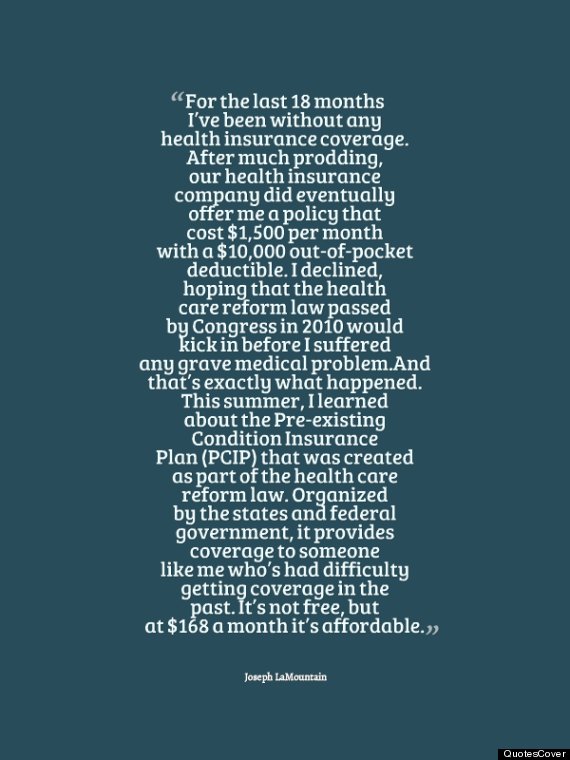 Erica Chain lost her health insurance when she volunteered abroad and fell into a coma. No one would insure her when she returned to the U.S. but now she has a PCIP. 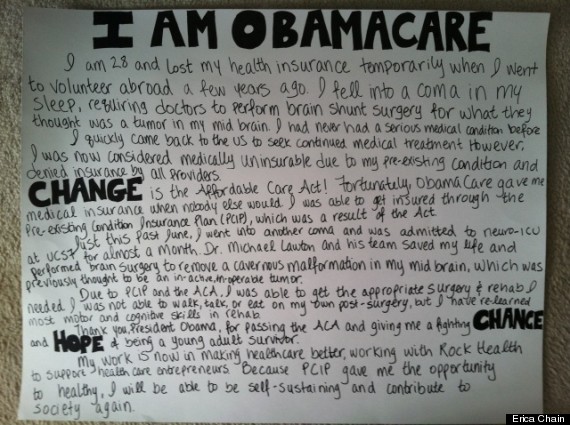 This woman can now get insurance despite a pre-existing condition.

Eric Wolske's job didn't provide health insurance. When a motorcycle accident took his left foot in September, he was able to afford the medical bills because he could still be covered by his parents' insurance plan.