"Identity Thief" brings together talent from some of the most successful comedies of the last few years. The upcoming Universal release is directed by Seth Gordon ("Horrible Bosses"), from a script by Craig Mazan ("The Hangover Part II"), and stars two beloved comedy stalwarts: Jason Bateman and Melissa McCarthy.

In "Identity Thief," which the studio released set for release next year, Bateman plays a businessman who has his identity stolen by McCarthy's big-haired Diana. Hijinks, and some Big Gulp slurping, ensue. Here's the official plot summary via Universal:

Unlimited funds have allowed Diana (McCarthy) to live it up on the outskirts of Miami, where the queen of retail buys whatever strikes her fancy. There’s only one glitch: The ID she’s using to finance these sprees reads “Sandy Bigelow Patterson” ... and it belongs to an accounts rep (Bateman) who lives halfway across the U.S.

With only one week to hunt down the con artist before his world implodes, the real Sandy Bigelow Patterson heads south to confront the woman with an all-access pass to his life. And as he attempts to bribe, coax and wrangle her the 2,000 miles to Denver, one easy target will discover just how tough it is to get your name back. 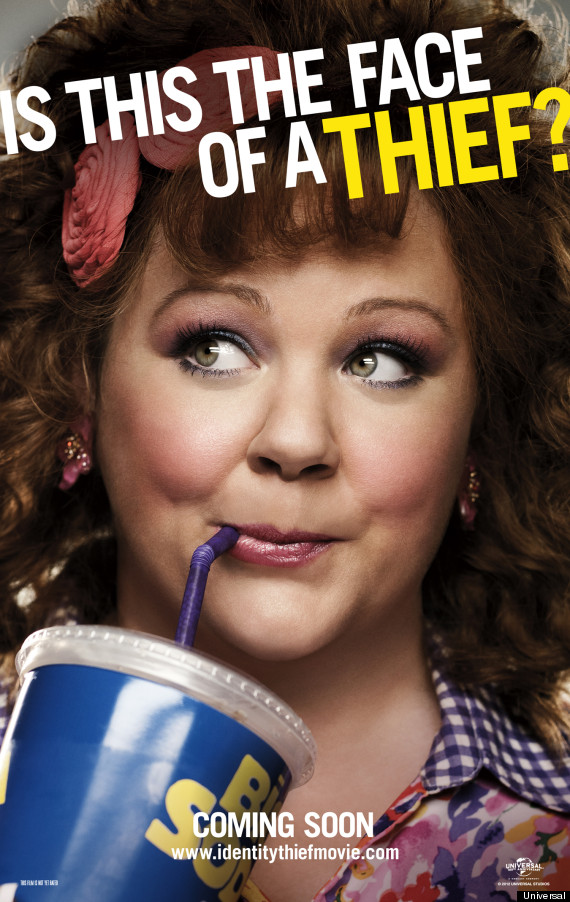