The plan to expand protected bike lanes throughout Chicago seemed to be going smoothly until the Illinois Department of Transportation threw a huge speed bump in the way.

Monday, the Chicago Tribune reported IDOT won't allow installation of protected bike lanes on state-designated routes in Chicago until the agency is assured the lanes are safe.

"We don't want to make decisions on a scattershot basis," IDOT spokesman Mike Claffey told the Tribune. "Our traffic engineers want to see more data on the impact of protected bike lanes."

(View a map of Chicago bike lanes in IDOT's jurisdiction.)

Per plans laid out in the city's "Streets For Cycling Plan 2020," the IDOT moratorium will affect protected lanes slated for streets like Diversey (from Logan to Damen), Archer (from Loomis to State) and Pershing (State to Lake Shore Drive).

NYCDOT data previously illustrated how a protected bike lane on 9th Avenue in New York City was a boon to both cyclist and pedestrian safety, with a 56 percent drop in injuries "to all street users, including a 29 percent reduction in injuries to people walking" after it was installed in 2007.

IDOT's maneuver is likely to draw the ire of Mayor Rahm Emanuel: a few months following his 2011 inauguration, Emanuel pledged to create 100 miles of protected bike lanes throughout the city in four years. 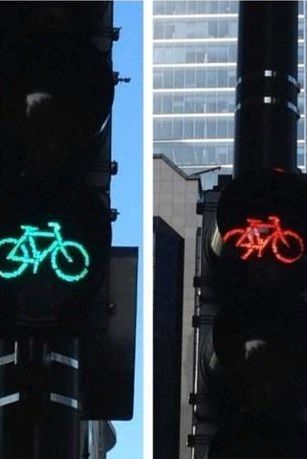