Dr. Julia Geynisman is a resident in Obstetrics and Gynecology at New York Presbyterian-Weill Cornell Medical Center. Born in Russia and raised in Chicago, Dr. Geynisman founded the Survivor Clinic in July 2013 to serve women who have survived or are surviving gender violence, including sexual violence and female genital mutilation. The Survivor Clinic is held in the evenings on the Upper East Side of New York City and is free of charge to all patients without insurance. Taina Bien-Aimé asks Dr. Geynisman a few questions about her groundbreaking clinic and her passion for women's health, rights and equality.* 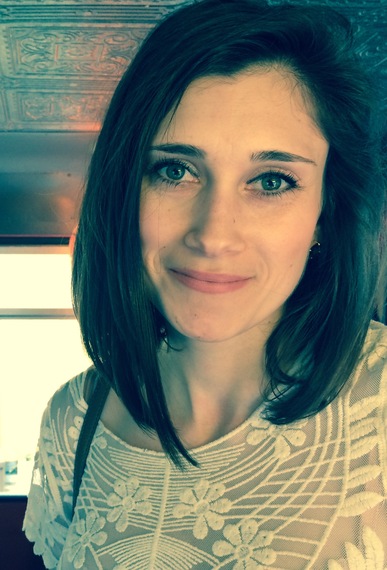 Question: Who does the Survivor Clinic serve?

Dr. Julia Geynisman: I started the Survivor Clinic to create a medical home for women who have suffered some form of gender-based violence. We care for women who have been or are part of the sex trade or who have undergone female genital mutilation (FGM). My colleagues and I have designed the intake and patient-led medical assessments that offer a personal, confidential and empowering experience for women who often have had negative or traumatic experiences with the health care system.

The Survivor Clinic website indicates that it provides gynecologic care not only to women who have experienced sexual violence, but also to those who are "surviving" sexual violence. Can you explain the distinction?

Dr.G: I mean this both practically and metaphorically. Practically, many of the women we treat are referred by social service organizations that support women who have either escaped the sex trade or who have come through the criminal justice system. However, some of our patients are still in the sex trade and have the agency and freedom to access medical care. By agency and freedom, I mean that not all women in the sex trade are kept physically hostage behind locks and blindfolds. Many are able to travel freely, live alone, carry a cell phone or keep credit cards. They have been trained through abuse, lies and fear to be so psychologically and emotionally loyal to their pimps that their interactions with society do not pose a risk for their pimps. Metaphorically, survivorship is a constant state-of-mind, not a reference to something past. Women who have experienced trauma against their bodies cannot escape the daily physical or psychological reminders of that trauma, so they are always coping, always building resilience, always surviving.

Do the pimps accompany your patients to the Survivor Clinic?

Dr.G: Yes, sometimes they do, but we never allow any third party to stay with our patients during appointments and assessments, whether it is a "boyfriend" or an "uncle" or however they describe themselves. That is a strict rule.

Can you describe the illnesses and injuries common to women exploited in the sex trade?

Dr.G: The chief complaint among many of my patients is pain (abdominal, pelvic, migraines, musculoskeletal). Many of them have suffered physical abuse and have broken bones or traumatic brain injuries inflicted by pimps or clients. But most of the pain is a physical manifestation of chronic stress - migraines, irritable bowels and gnawing joint pain. Further, women in the sex trade are more likely to have sexually transmitted infections, which can develop into pelvic inflammatory disease and lead to subsequent infertility and chronic pelvic pain. They are more likely to contract hepatitis and HIV. Although they are equally as likely as other sexually active women to get HPV, their lack of access to pap smears and colposcopies make them more vulnerable to developing cervical cancer. Many of my patients have had ectopic pregnancies that threatened their lives and led to abdominal surgeries. Others had desired and undesired abortions, some with complicated outcomes. Some women are forced to use illicit substances and become addicted to drugs that rot their teeth, damage their brains, or lead to heart attacks.

Most importantly, we cannot forget that women in the sex trade can have all the same chronic illnesses that the rest of the population has - high blood pressure, diabetes, obesity, breast cancer, etc. However, due to lack of access to health care, these illnesses are not diagnosed or managed until they have wreaked havoc on their organs and shortened their life spans.

As a physician who treats women in the sex trade, do you know of any other "occupation" that causes this range of maladies and harm?

Dr.G: Any other occupation? No, of course not. Unless you consider poverty an occupation. Which is why it is absurd that some people call being in the sex trade an occupation.

Some of your patients in the sex trade may not identify as being trafficked. Do the medical challenges of these two groups of women differ?

Dr.G: The women I see who are still in the sex trade often have the most acute and complicated medical needs. It doesn't seem to matter whether they are trafficked or feel that they are making personal choices. Almost all women in the sex trade have been raped, beaten or forced to have sex without protection. All of them have neglected preventive health measures due to lack of insurance or fear of the health care system.

Do physicians ever consider preventive measures against these myriad ailments?

Dr.G: In medicine, recommending preventive measures relies on identifying people at risk. For instance, I would love to see the life-saving HPV vaccine become cheaper and approved for single dose injection, so that all women at risk can benefit from it. Also, if more health care providers understood how to identify women at risk of being trafficked or if we had more data on the ailments for which they are at risk, we could implement such measures. At the Survivor Clinic, prevention is a key part of the visits. The services we provide range from routine pap smears to contraception; from cholesterol, diabetes and STD screenings to blood pressure tests. We distribute free condoms and teach breast self-exams. We then collect the data from test results and patient surveys to help the medical community better understand this demographic. We are working with other health care providers nationally to develop best practices for the care of trafficked women.

Would you describe these treatments as harm reduction?

Dr.G: Yes, by definition, but it's also critical to note that the Survivor Clinic is doing far more than harm reduction. My goal is NOT to be the "insider-provider" for women who are still in the sex trade, but want birth control or free condoms, with a "don't-ask-don't-tell" approach. This is short-sighted. It may be easier and less confrontational to provide harm reduction, but it only slows the rate of additive harm and traps women into a life that may seem physically "safe," but is psychologically traumatic.

How did your passion for global women's health begin?

Dr.G: I first learned about sex trafficking as an intern at Partners in Health while reading about the consequences of the economic upheaval of the Soviet Union. When the Soviet Union collapsed, many men lost their jobs in federally-supported industries and succumbed to tuberculosis and alcoholism. The women, desperate for ways to support their families, were trafficked into the sex industry. I learned more about this sad reality when I lived in Israel in 2007 and heard about the Bedouin sex trafficking trade.

Regarding FGM, I saw its effects firsthand when working on maternal mortality research in Ghana. Although FGM is not nearly as prevalent in Ghana as in other African countries, I treated several patients in our rural hospital who had urinary tract infections, severe pain or complicated deliveries as a result of the procedure. When I started my residency in OB-GYN, I felt that I finally had the skills to offer medical help and advocate for these women.

What are your hopes for the Survivor Clinic?

Dr.G: Our clinic is a testament to the phrase, "if you build it, they will come." Many of my colleagues didn't believe that sex trafficking existed in New York City or that middle-aged FGM survivors still talk about how the procedure affects their health. Not surprisingly, we have found that women have been waiting for a safe space like the Survivor Clinic and that for each of the women we take care of, there are hundreds more we have not yet reached. Our patients tell us that we are changing individual lives and thanks to their courage, we are collecting stories and data that we hope will drive more resources toward the care of this population.

*This interview is the second of a three-part series examining the harms and impact of the sex trade on human beings, in particular women and girls. The first interview, with German trauma expert Dr. Ingeborg Kraus, was published in May 2015.