It's no surprise that the women of Showtime's "The L Word" never exactly represented realistic lesbians. For one, there's no such thing as The Planet and no, not all uncommitted hairstylist lesbians look like Shane -- although we know the "she's such a Shane" stereotype will probably never go away. Even when Showtime and series creator Ilene Chaiken decided to do three seasons of the reality show "The Real L Word," they knew that it was only representing a small portion of the LGBTQ community. Now they've joined forces again to tell a very real-life and important story about the darker side of what it's like to be a lesbian in this country, specifically those living in the Bible Belt.

"L Word Mississippi: Hate the Sin," a new documentary that premiered on Showtime last week, immediately sets itself apart from the "L Word" we know so well by establishing just how different life in the South is for gay women. The film, produced by Chaiken and directed by Lauren Lazin, follows the lives of various lesbian couples, some with kids from former heterosexual relationships, one woman who isn't out to her mother yet, one who still believes she is a sinner going to Hell and one who is transitioning from female to male as her wife prepares to have a baby. There is also a perspective of the other side: the religious opposition. The film introduces us to a church pastor who avidly supports "praying the gay away" and Rene, a former lesbian for 47 years who is now a born-again Christian and believes her previous homosexuality was planted in her by Satan -- Rene also has a grown gay son.

Chaiken's film is a powerful one to watch, and one the most important documentaries about gay women. HuffPost talked to the creator of "The L Word" brand about the documentary, how it offers multiple perspectives on the issues and how she hopes it will help lesbians feel less alone. 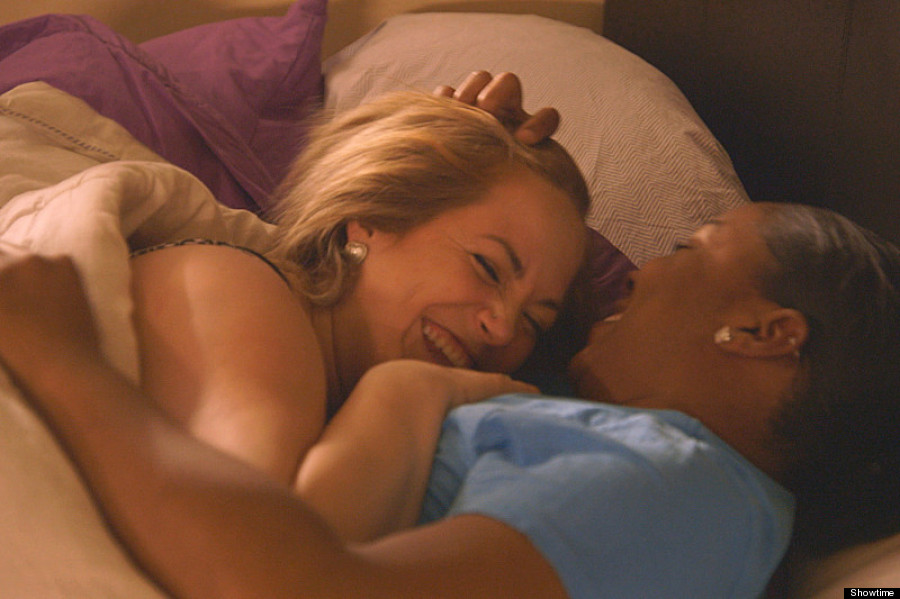 How did the documentary first come to be?

As you probably know I did "The L Word" for Showtime for six years. When we wrapped "The L Word" we realized we weren't quite finished and we did "The Real L Word." Even at that time Showtime and I began a conversation that there were more stories to tell, more projects to be done under the umbrella of that brand -- the brand obviously is lesbian life. So we did "The Real L Word" for three years in Los Angeles and eventually New York. We told the stories of women who were a little bit evocative of the women on the scripted show, in that they lived in urban places where, for the most part, people can be comfortably out and other things specific to being a lesbian.

After three years, Showtime, the Magical Elves [Productions] and I felt that there was still a very big story we hadn't told. It was a story that felt particularly important to tell at this moment in time when we had just made such tremendous gains on the civil rights issues of our lifetimes, marriage being the main one. It was an exciting moment, but there was this prevailing sense that, "Oh, we won, they've won it's all good." But we knew that wasn't the case, that regardless of what the laws are, there are many places in the country, not to mention the world, where people place hardship for being lesbian or being gay, or LGBTQ. We wanted to tell that story, to say it's important to shine a light to remind folks.

Why did you focus on Mississippi specifically and not other Bible Belt states?

We began with the premise that this was a story that could be told in a lot of places. We started out by sending casting crews to a number of different states in the country where, based on research, we knew there would be communities of women or individuals who were facing some of the issues we were talking about. When we began we thought we might even make a movie that was set in three different places, that we'd be in Missouri and Mississippi and some place in New England. At the end of the day, we decided we would be more successful concentrating in one place so we could really spend time getting to know people. Then we just looked at the individuals we interviewed and narrowed it down, and we felt that these women in Mississippi had particularly compelling stories to tell and that thematically it really held together. It made the point most powerfully that when you go to the Deep South you're going to face these issues in a really intense and visceral way. 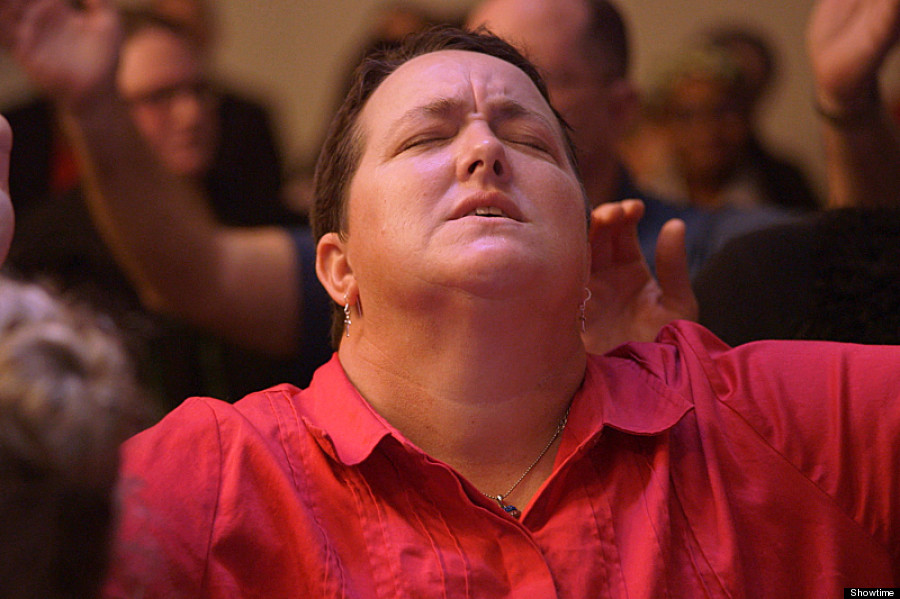 Do you plan to make more films about women in other locations?

We have no plans at this moment, but we've talked about it from the very beginning as a possibility, and I certainly would love to. I think there's a lot more to say and I'd like to go on telling stories under the umbrella of "The L Word" brand.

The film mostly maintains an objective viewpoint, since there are also interviews with anti-LGBTQ individuals. How did you decide to shaping the perspective?

Our approach to filmmaking is to let the stories and the individuals speak for themselves. I mean, you're always editorializing when you are filmmaking, but to try not to impose our political point of view, our biases, our assumptions, because people speak powerfully for themselves. So that was our approach. In our view they are the opposition -- I'm not going to pretend that I see both sides, but I know that they believe in their point of view and we chose to let them represent themselves.

It seemed to me that the first instance of subjectivity is in the very last scene, in which Rene talks with her gay son after a church sermon. It was such a heavy and dark moment to end on. What was behind the decision of ending with that?

I wouldn't even call it subjective. It's a choice, a creative choice about where you want to leave your audience. Certainly, it happened, it's true, these are words that Rene spoke and this was something that happened between her and her son. Of course, we had discussions about if the movie ends there or on [a lesbian couple's] wedding. There was never a question, in my mind, on where the movie ends because we set out to tell a story about the fact that everything isn't perfect, we're not done and there are still a lot of battles to be won. There's still a hope that people will open their hearts and embrace difference, and if we had ended on an upbeat wedding scene, that wouldn't have been the message. But that was where we ended the film because that was the most powerful message of the film. 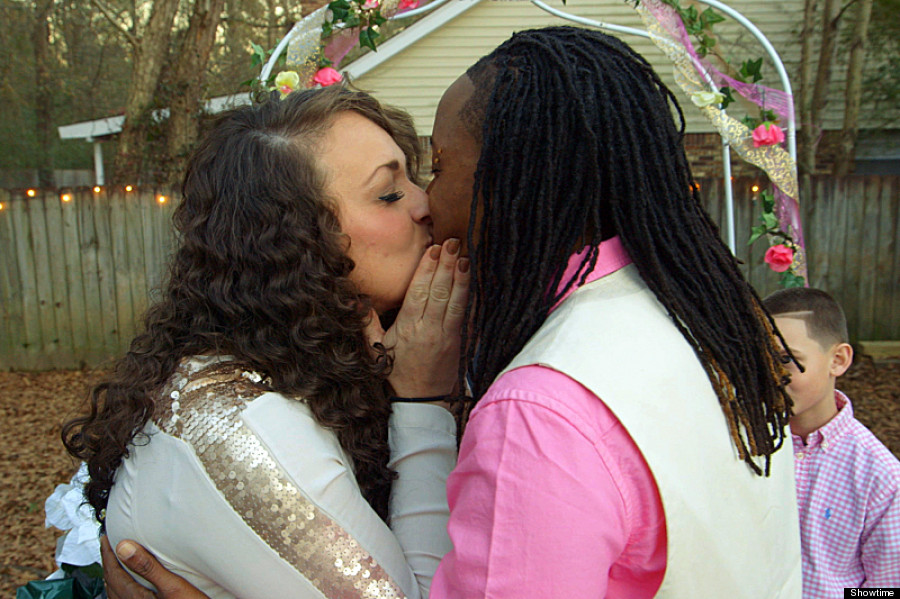 What would you say is your hope for what audiences -- LGBTQ, allies and those with opposing views -- take away from this film?

My hope always is to shine a light and to connect people. The response to the film, which has been immensely gratifying, is a lot of rage at the bigotry and the mean-heartedness that these women experience. But also such a sense of grace and community and people coming together in support. I know that the women who participated in the film have expressed incredible gratitude for being given an opportunity to share their stories, and it's helped them to feel more connected to one another and to the world at large. It feels very positive, it feels enlightening and illuminating and uplifting to be able to tell these stories and to be able to engage with people who share these experiences or a sense of conviction that this has got too get better.

You're such an inspiring and beloved figure for lesbians and the LGBTQ community. Would you have any advice for someone that's still in the closet and living with these fears and oppressions from the church?

I don't have advice. I don't presume to know how to advise people. But my hope is that we're telling a story that helps people to feel less alone. I know that feeling less alone is the first step in finding community and finding the courage to live one's life.