A couple thousand bones, and this item could be yours.

A rug that sat in the the entrance area of The Pinellas County Sheriff's Office in Florida for several months until a deputy noticed that it read "IN DOG WE TRUST" will be auctioned off for charity.

"Due to extensive inquiries regarding the plans for the 'doggone' rug, the Sheriff’s Office has placed the item up for bid and will donate 100% of the bid to Canine Estates Incorporated, a local animal rescue," the Sheriff's Office said in a statement. 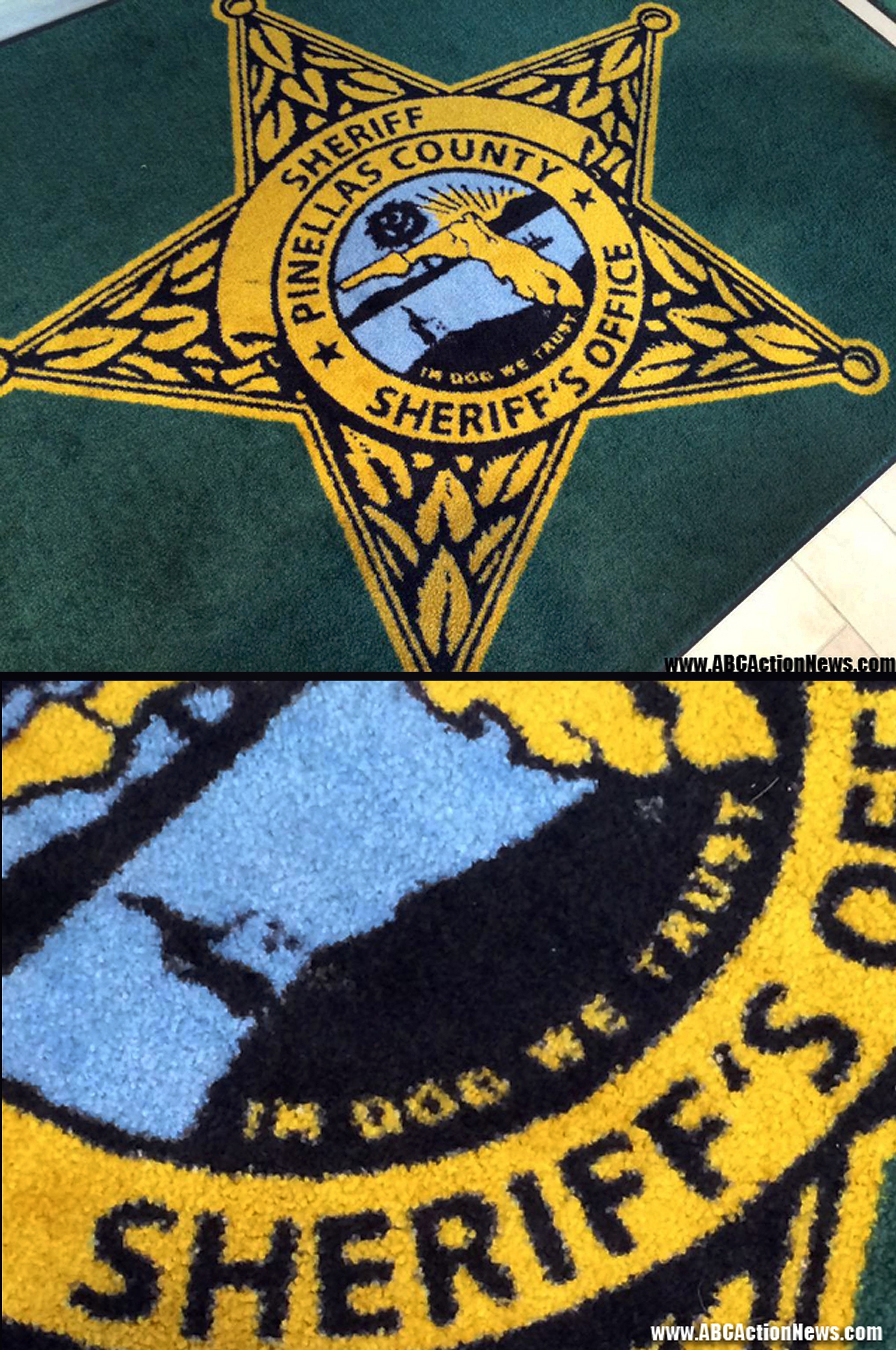 "IN DOG WE TRUST" is also true, but not the message the sheriff was going for.