According to the Tribune, a parent of an eleventh grader wrote the school district expressing her disapproval of the book's availability to students stating:

The narrator writes in the first person, emphasizing his individual experiences and his feelings about the events portrayed in his life. This novel is not so innocent; instead, this book is filthier, too much for teenagers. You must respect all religions and point of views when it comes to the parents and what they feel is age appropriate for their young children to read, without their knowledge. This book is freely in your library for them to read.

As the school district's policy requires, the parent's complaints lead to votes on the school and district levels. Both held that the book should remain available to students in the library. However, in a 5-2 vote, the school board voted to ban the book, with one board member, Gary Mason, stating, "I didn’t find any literary value."

Mason's blunt assessment however, runs counter to decades of intellectual criticism of the novel, which won the 1953 National Book Award for fiction, beating out Ernest Hemingway's The Old Man and the Sea and John Steinbeck's East of Eden.

In 1995, writing for the New York Times, Roger Rosenblatt praised the novel as a masterpiece.

"Ralph Ellison's "Invisible Man," which won the National Book Award in 1953, was instantly recognized as a masterpiece, a novel that captured the grim realities of racial discrimination as no book had, " Rosenblatt wrote. "Its reputation grew as Ellison retreated into a mythic literary silence that made his one achievement definitive."

"Evenhandedly exposing the hypocrisies and stereotypes of all comers, Invisible Man is far more than a race novel, or even a bildungsroman. It’s the quintessential American picaresque of the 20th century."

Still, this kind of high praise wasn't enough to prevent the book from being banned from school libraries in Randolph County, N.C.

Check out the slideshow of quotes from the novel below and let us know whether you think it's lacking "literary value." 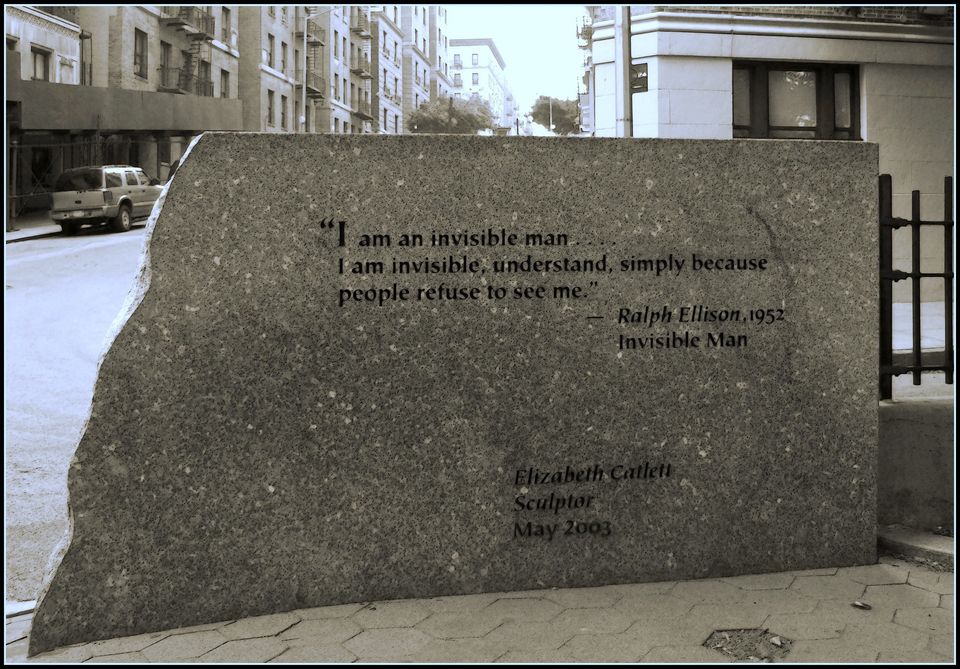 1 / 10
Invisible Man
“I am an invisible man. No, I am not a spook like those who haunted Edgar Allen Poe; nor am I one of your Hollywood-movie extoplasms. I am a man of substance, of flesh and bone, fiber and liquids—and I might even be said to possess a mind. I am invisible, understand, simply because people refuse to see me. Like the bodiless heads you see sometimes in circus sideshows, it is as though I have been surrounded by mirrors of hard, distorting glass. When they approach me they see only my surroundings, themselves, or figments of their imagination—indeed, everything and anything except me.”
<a href="http://www.flickr.com">Flickr</a>:<a href="http://www.flickr.com/photos/22714323@N06/2611981011">Tony Fischer Photography</a>