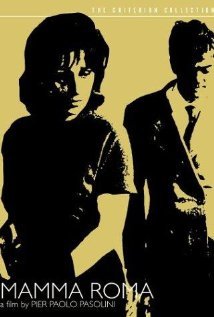 The Style section of the Times ran a piece on "Woman Who Dye Their (Armpit) Hair," (NYT, 7/14/15) The piece began with a priceless quote from 17 year old Destiny Moreno of Seattle who dyed her armpit hair Voodoo Blue courtesy of Manic Panic. Said Destiny about the sales person who sold her the dye,

"I was like, 'Oh I'm dying my armpit hair.' She stared at me shellshocked for five seconds, and then she started laughing and was laughing throughout the entire interaction."

Sometimes revolutionary moments occur with a whimper rather than a bang. After all Alexander Fleming discovered penicillin quite by accident. And as the article goes on to demonstrate, it wasn't the dying of the hair that was unusual; it was the hair itself. In our age of Brazilian waxing who sports armpit, much less pubic hair? You have to have hair in order to dye it and if this piece is any prognostication of a trend, women will be talking about dying their newly grown pubic bushes before the death knell of waxing is even rung. If you remember back in the '60s day glo colored pudendae were as common as cherry pie or as ubiquitous as the big tufts of expressive black hair in a post-war Italian actress' armpit. The idea of dying underarm hair in the current cultural climate is tantamount to having the industrial and Russian revolutions in the same year or say having Lindbergh climb into the cockpit of the Wright Brothers' first airplane and fly it across the Atlantic. It's not just a step for mankind. It's two. Hopefully the Times piece will be a harbinger of an uprising against waxing in which women will free them themselves from the dominance of the pre-pubescent pedophiliac vision of femininity created by the fashionista/porn version of the military industrial complex and proudly display romantic unruly mounds of pubic hair in colors of Voodoo Blue or whatever their heart's desire.

{This was originally posted to The Screaming Pope, Francis Levy's blog of rants and reactions to contemporary politics are and culture}