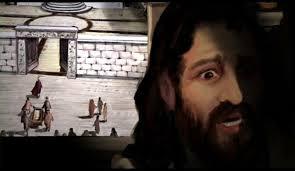 Alan Segal, the Jewish Scholar, once said that early Christianity was less about theology and more about food. I would expand the point and say Christianity and its early identity outside Judaism is not just about food, but about ethnic boundaries, who is in and who is out. This is an historical observation Bible scholar Larry Hurtado expresses as getting your "card stamped" for membership.

It is the Apostle Paul’s theology which became predominant by the second or at least the third Christian century. In relation to our “who gets to be a member” theme, his efforts, along with key circumstances, led to the eventual full split of Christianity from Judaism… a result he did not intend. Though not obvious to many Bible readers, Jesus’ own brother and leader of the Jerusalem Church, James, with the other Apostles there, continued to be law-observant Jews and worshipped in the Temple. Their views of “admission” were clearly different than Paul’s.

Various theological points were involved, of course. But Paul’s heated words about “false apostles”, “mutilators of the flesh”, and his complaints about Peter’s hypocrisy influenced by “men from James” had to do with how ethnic boundary issues between Jews and Gentiles would be handled.

In his letter to the Romans, Paul argues his point of view in theological terms more extensively than elsewhere. The book has influenced the life development of prominent Church leaders including Martin Luther, often named as originator of the Protestant Reformation. Perhaps out of his often-reactive personality and ethnic tensions of his own day more than his grace-oriented side, Luther said some anti-Semitic things such as, "A Jewish heart is as hard as a stick, a stone, as iron, as a devil." In this area it seems he had not extended the Reformation beyond a centuries-long traditional view of Judaism and Jews in relation to early Christianity.

As to Luther's position, no one would argue that he has not deepened our understanding of individual redemption free of church hierarchy or law. Many Christians, even Lutherans, do not know of his feelings and statements like the one briefly quoted. The point is not to single him out. However, he illustrates the human tendency to entrench ourselves in our own particular ethnic and/or religious identity. It is understandable that James and other Jews still living at the very center of Jewish identity and religion resisted as well.

Partly in reaction to harsh rhetoric, as just sampled in Luther, the field of Pauline studies over the last decades has offered a "new perspective" shared by Jewish scholars to balance this traditional perspective by suggesting that, a) Paul remained a practicing Jew, and was not a convert to a new religion, b) that his mission was not to Jews, but to Gentiles only, and c) that his fiercest statements against Jewish practices were not for the Jewish religion, but for fellow Jewish Apostles, who would impose their religion on Gentiles. Pauline scholar Ben Witherington illustrates their point using modern southern slang,"all God's chillin'" have to be Jews.

As to this new perspective, I agree in part…. It is an overdue correction and one necessary in our ecumenical world. Yet, Paul's conversion was indeed a move away from Judaism, (according to him) needed only by the weak (Rom 14), who required holy days, calendars, and rituals (Gal 4:8-11). In fact, his audiences were largely Gentile because he was rejected by Jewish congregants, never his choice (I Thess 2:16). As he says in Romans, his gospel is to the Jew first! (Rom 1:16). He then goes on to write about ethnic factions within the Church (Rom 11:17,18) for the remainder of the letter.

Also, the new perspective would attempt to soften the conflict with Christians by claiming that "Jews" is too general and ill-defined a term for the first century world. However, New Testament scholar Philip Esler, in his Book, Conflict and Identity in Romans, responds, "Although the Judeans were a people who became widely scattered around the Mediterranean, that in no way diminished the extent to which their identity was linked to their Judean homeland and its temple where they worshipped their God in an iconic magnificence."

So it was not a watering-down of Jewish identity that prompted Paul’s push for believers in Jesus-as-Messiah (“Christ”) to take on a new identity as united “in Christ”, or “the body of Christ”. Rather, the reason why Jewish ethnicity no longer mattered to him was that a greater universal truth had been exposed (Phil 3:8). Paul believed the Messiah, Jesus, had given him a revelation that the Kingdom had come and with its arrival, old human distinctions had passed away, (2 Cor 5:17). This was a vision of Christ and his Kingdom, with no "men or women," "masters or slaves," or "Jews or Gentiles” (Gal 3:28). Human bodies (earthen vessels) would be transformed (Phil 3:21) and nations themselves (Romans 13:1) would be engulfed by God's Kingdom, where Paul and other Apostles would reign over the angels (1 Cor 6:3).

Early Christians celebrated this Kingdom through the sharing of meals (Eucharist). With ethnic division, worshippers could not share in Christ. This was unacceptable to Paul and what is behind the famous rebuke of Peter in his letter to the Galatians (Gal 2:11), when James, Jesus' brother, had sent men from Jerusalem to Antioch to segregate the Gentiles from Jews during meals (Gal 2:12,13). To Paul, this was a rejection of his core gospel message; a turning back to an older, weaker, unnecessary need for Jewish Law (Gal 3:1-3). Shared meals were not symbolic rituals (I Cor 10:16), but participation in the body and blood of Jesus. Crossing these boundaries was all about unity and communion in the "body of Christ".

To see the final recorded “chapter” of the struggles of both Paul and the Jerusalem Apostles over ethnicity issues, as well as between him and them, we have to look to the Book of Acts. It includes an account of Paul and his final mission to Jerusalem (referenced by him in Rom 15:30,31). What is certain is that Paul doubted his ethnic agreement with fellow Jewish Apostles, particularly their leader James, and attempted to deliver his major offering (a several-year collection, probably gold) as a final gesture to his brethren. Instead he was accused of "defiling the Temple by bringing Greeks inside (Acts 21:28)" and attacked by a mob and almost killed. He was rescued barely in time by the Roman army (Acts 21:32). Today, these events are overlooked as merely unseemly actions, where some "pushing and shoving," like a modern courtroom were occurring. But let's explore a few facts surrounding the attempt to kill Paul:

a) Acts 21:33 claims that it required a Tribune to break up the Jewish mob that attacked Paul at the Temple. Four Tribunes were assigned to a legion, which originally had 10,000 and later 8000 soldiers. So we are referring to a "potential" contingent of 2000 soldiers to rescue Paul from, as Acts states, the "whole" city (Acts 21:30).

b) Acts 23:20 also tells us that Paul, though protected by the Roman Army, was followed by 40 Jewish assassins, who vowed not to eat until the Apostle was dead (Acts 23:12-15). And from his time awaiting trial at the Sanhedrin, to his transfer to Caesarea, it required a Roman detachment of two hundred soldiers, seventy horsemen and two hundred spearmen to protect him (Acts 23:23).

c) Lastly, though Paul was in prison for 2-3 years in Caesarea, only 57 miles from Jerusalem, not one of his fellow Apostles including James, Peter, or John, came to his aid or defense, but only his nephew (Acts 23:16).

Two thousand years later, we witness these events through the lens of biblically-influenced societies and broader ecumenical considerations, but that's not 1st century Palestine! Ethnic differences were powerful. To put the controversial nature of Paul’s offering in perspective, imagine Luther, in the 16th century, after his protest (“95 Theses”) against Rome, entering the Vatican square with a collection from supporters to obtain (buy?) the loyalties of the Roman powers!

Today, ethnic conflict in Syria, Iraq, Iran, Africa, and even the ongoing U.S. struggles remains a part of the human fabric, along with the promise of better times to come (for many, the “return of Christ”). But what are we, whether Christian, Jewish or otherwise religious or non-religious to do in the meanwhile?

Alan Segal once shared a teaching from Rabbi Shimon bar Yochai (who) taught that "if you are holding a sapling in your hand, and someone says that the Messiah has drawn near, first plant the sapling, and then go and greet the Messiah." (Avot d'Rebbe Natan 31b.) Might not some such planting be working across ethnic barriers, pursuing love?

Well apart from Paul, we again witness both doom and utopia in the final book of the bible, Revelation. Written with an immediate expectancy, it was and remains an inadequate solution to violent conflicts, which often spring largely from unsettled issues of ethnic identity and mixing of cultures. Without a critical engagement with these real and present distinctions (food, customs, language, etc.), we are left to prepare for the next Holy War.

Paul, however questionable his methods and the rough edges of his personality, serves as an inspiring visionary in his attempt and perhaps partial success in breaking down barriers of ethnicity, gender and economic status.