The master of multitasking responded to the review via Instagram (of course), calling Brantley a "little bitch," and suggested he should be working at Gawker instead of the paper of record. Franco has since edited the post to remove the insult, but not before it was dutifully screengrabbed and preserved -- because you can never really delete anything from the Internet. 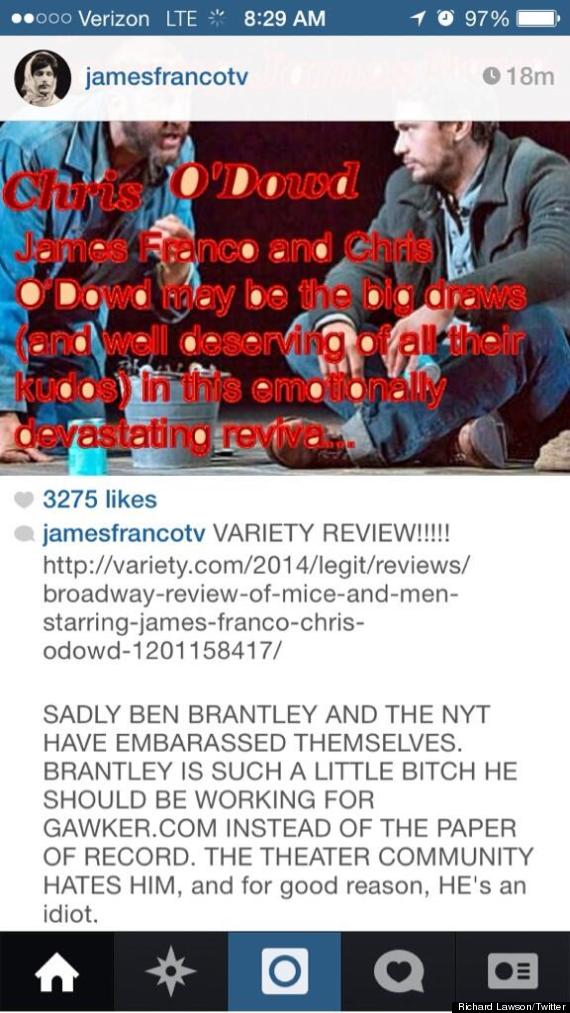 Franco's public disdain for Gawker dates back to 2010, when he refused to speak to writer Maureen O'Connor at a party for his book "Palo Alto."

As for Franco's anger over Brantley's review, it's rather perplexing given that it's hardly scathing. We'll chalk it up to another day in life of James Franco.