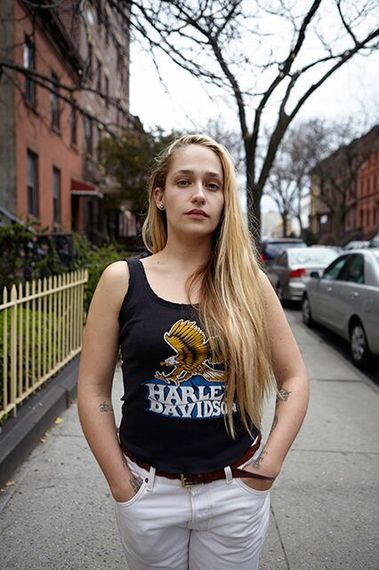 ALL PHOTOGRAPHED BY FRANCES TULK-HART.

I sat in silence while she elaborated on the metaphor, as it dawned on me that yes, she'd just summed up my body-image philosophy since about first grade: Mr. Potato Head.

It's sort of a bummer to realize you've been living your life like a Hasbro toy, but when I looked around the room, I realized I wasn't alone. The photographer, the make-up artist -- everyone was nodding, including Jemima. There were seven women in that room, of different ages, backgrounds, and professions. But, all of us had been Mr. Potato Head.

I'd reached out to Jemima after reading a story on her fitness routine, which also had me nodding along. Usually, when celebrities talk about fitness, it either leaves me feeling lazy ("I jogged 43 miles a day! While pregnant! With twins!") or suspicious and enraged ("What? I'm so lazy. I have no idea where this six-pack came from."). But, Jemima -- who stars on one of the nakedest shows on television -- doesn't bullshit when it comes to the body. "We need to take the shaming out of the fitness world," she said. I had to get some of what she got.

That's how I ended up spending the day with Jemima and her trainer, Cadence Dubus -- the woman whom Jemima got it from. Their story began when Jemima walked passed Cadence's studio, Brooklyn Strength, one day while pregnant with her second child.

"I wanted to stay thin while pregnant," Jemima laughs, rolling her eyes at herself. "That was the thought. That was what I walked in for, and it didn't stay that way." Things soon changed when she met Cadence, a lifelong athlete and dancer. "The first thing I noticed about Cadence was her body. I was like, Oh, she's not skinny, but she looks so sexy, and she's so fit." Cadence wasn't the whittled-down, whip-cracking concept of a trainer that Jemima was used to, but her physical capability was undeniable.

"I was like, maybe I can do THAT." She gestures to herself. "Maybe I can just be the fittest version of this." 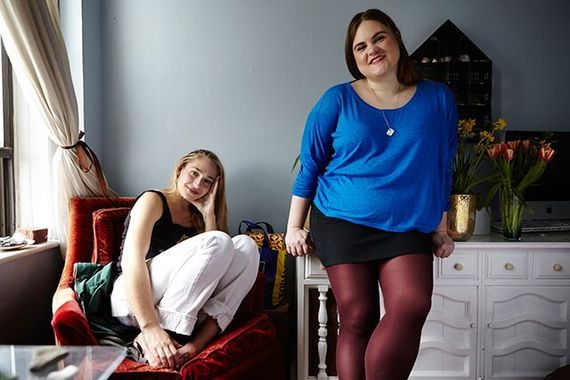 Read The Full Story on Refinery29