In case you weren't already aware that Oscar winner Jodie Foster is a total badass, check out this photo of her killing it on a skateboard at age 15. With her sweet moves, awesome hair and bell-bottom jeans, she is basically the poster child for the 1970s, man. We kind of wish she still looked like this, because she looked awesome. 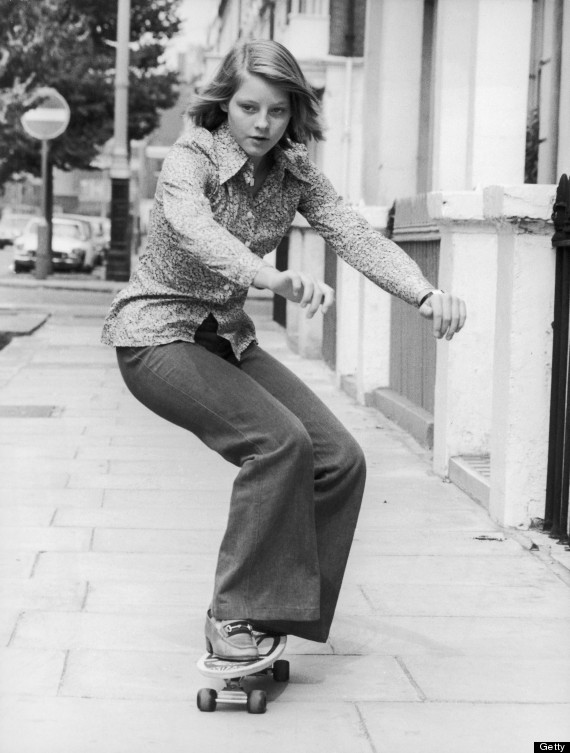 But she hasn't been slacking since this picture was taken, picking up four Academy Awards, raising two kids with ex-partner Cydney Bernard, and also graduating from Yale.

She recently made headlines with her acceptance speech for the Cecil B. DeMille Lifetime Achievement Award at the 2013 Golden Globes, which was described as the most memorable and moving part of the evening by many. She emotionally spoke about her "modern family" and obliquely came out as gay. The actress is usually very private about her sexual orientation, so the fact that she talked about it so publicly and thoughtfully was applauded by many online. She's clearly been a fearless daredevil her entire life, and nothing's changed now. You go, girl! 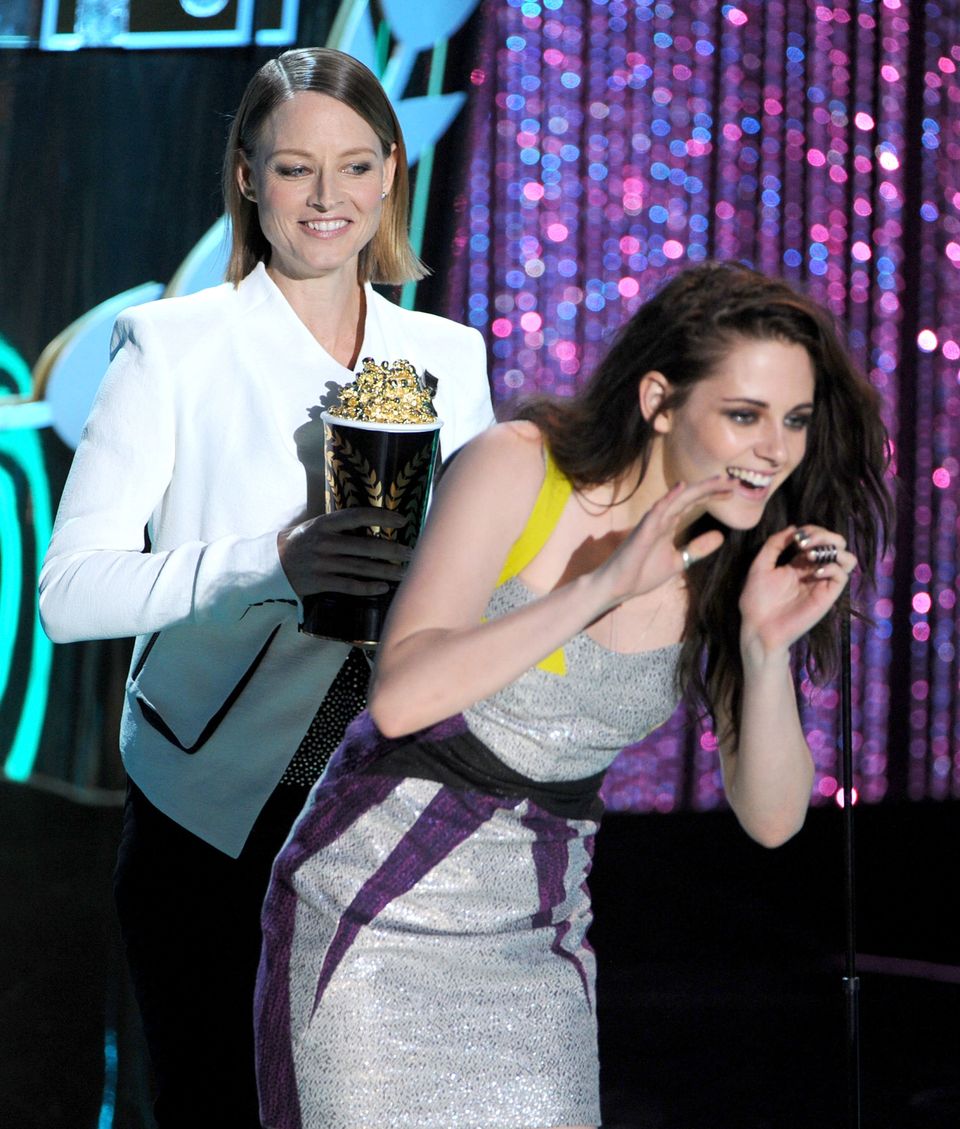 1 / 7
Foster pulled a surprise move when she not only slammed the media for making the Kristen Stewart cheating scandal a tabloid cover story, <a href="http://www.thedailybeast.com/articles/2012/08/15/jodie-foster-blasts-kristen-stewart-robert-pattinson-break-up-spectacle.html">she penned an entire essay</a> about it for The Daily Beast. "If I were a young actor or actress starting my career today in the new era of social media and its sanctioned hunting season, would I survive? Would I drown myself in drugs, sex, and parties? Would I be lost?" On Stewart, she wrote: "I grew to love that kid… I was pregnant at the time and found myself daydreaming of the child I might have soon. Would she be just like Kristen? All that beautiful talent and fearlessness… would she jump and dunk and make me so proud?"
Getty