The Masjid Al-Haram is an iconic image for millions of Muslims who dream of making the once-in-a-lifetime Hajj pilgrimage to Mecca, but its silhouette has been drastically altered by the luxury hotel and clock tower that now overshadows the religious complex. 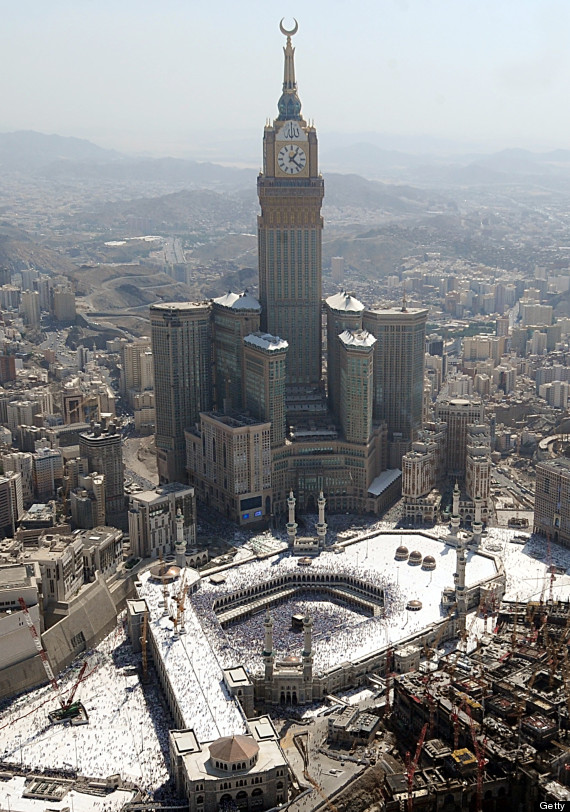 The Kaaba once took center stage, but now it appears as a minute structure at the foot of a clock tower and hotel, which opened in 2012.

The Abraj Al-Bait Towers loom over the Masjid Al-Haram in an ostentatious show of luxury that stands in stark contrast to the piety and history symbolized by the Kaaba, a cube-shaped structure believed by Muslims to have been originally built by the prophet Abraham and his son Ishmael.

Muslims around the world unite in prayer by facing in the direction of the Kaaba, which is one of Islam's holiest sites.

However, the religious monument is completely dwarfed by the Al-Bait Towers, with the clock tower holding the title of the world's second tallest building after Dubai's Burj Khalifa. International outcry broke out after the Saudi government demolished the historic Ajyad Fortress, an 18th-century Ottoman citadel, to make way for the Towers.

The month of Ramadan, when observant Muslims fast from sunrise to sunset, is meant to evoke feelings of religious devotion and self-discipline, reminding believers of the importance of charity and the reality of hunger, but in recent years it has become a big business opportunity for retailers which threatens to overwhelm the meaning of the holy month.

Hopefully the comparative size of the mosque and the towers isn't a comment on the overall significance of the structures in the hearts of the visitors to Mecca.