The 38-year-old actress is heading back to the big screen, kicking butt and taking names in this summer's futuristic action film "Total Recall" --directed by husband Len Wiseman -- and the actress is turning heads on the cover of this month's Women's Health.

Beckinsale chats about the bizarre, badass reputation she's gained throughout her acting career. “It’s slightly strange being predominantly known for something that’s not necessarily my sensibility,” she told the magazine.

"Total Recall" is yet another film in which the British beauty plays a no-nonsense type, where butt-kicking is second nature and being in great shape is mandatory. Co-star Colin Farrell talked to reporters about the physical demands for this film and the action we can expect from Kate and co-star Jessica Biel during a set visit last summer. "She [Biel] has a great fight with Kate. It’s actually a really cool fight. I was a bit jealous and had a bit of envy," Farrell said.

The gym isn't a place where Beckinsale found herself regularly as a child. “I wasn’t particularly athletic," she says. "No one ever thought, ‘I must have Kate on my team.’”

Well, we want you on our team any day, Kate!

Head over to Women's Health for more of Kate's interview and check out her fit physique on the cover below. 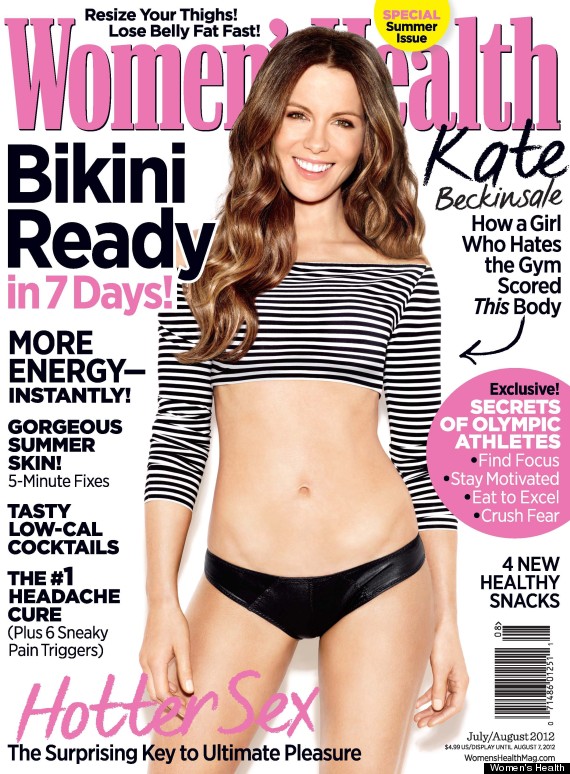