It is a truth universally acknowledged that Kate Moss is Vogue's favorite cover girl.

The supermodel has covered the magazine, including its international editions, over thirty times with some quite notable moments along the way (most recently: Moss' wedding pictures covered US Vogue's September issue).

So it's no surprise that every so often, the magazine begins repeating itself. This month's Vogue Paris features an utterly Ziggy-fied Kate, channeling David Bowie with a gravity-defying, orange hair 'do and an anchor tattoo for the mag's Music issue.

The cover is awesome, but we got the creeping feeling that we've seen this before... and we have. Moss channeled David Bowie for Vogue UK in May 2003, with photos of Kate by Nick Knight juxtaposed with vintage Bowie pics.

You can see the full Kate-turned-Bowie shoot here, but take a glance below: which cover's got the cool factor? 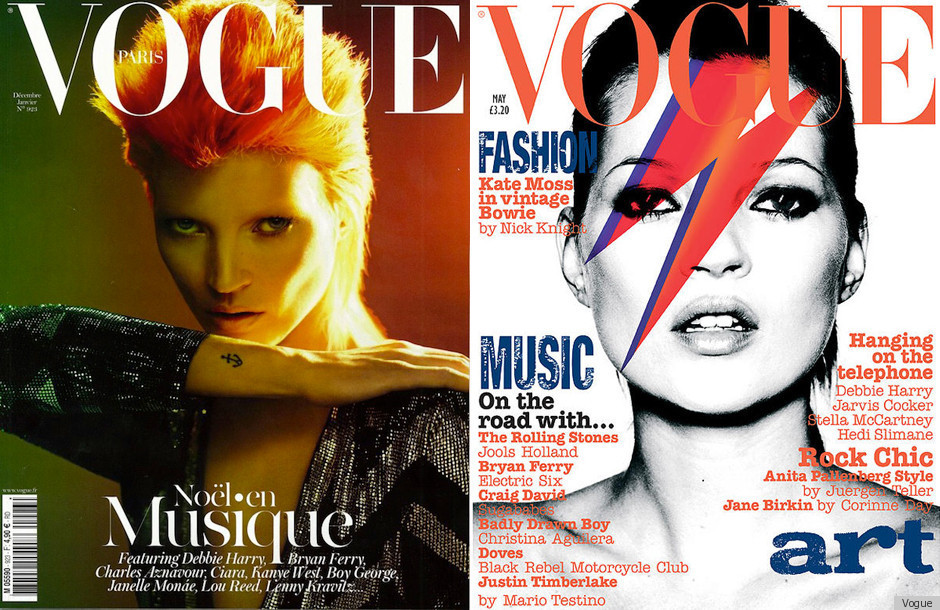