Kelly Clarkson is taking the opportunity to deny gay rumors as she promotes her fifth album, Stronger, which arrived in stores earlier this week.

Appearing on "The View," Clarkson lamented the fact that she's never been in love and how difficult it is to find someone to date due to her busy career.

She added that her single status is the reason that many people have accused her of being a lesbian.

She told the women of "The View":

"I'm from a small town so, like, everyone's married with children or about to have children. So it's a little hard when you go home and people are like -- and that's why people think I'm gay -- because they're like 'Why aren't you married?' And I'm like, 'it doesn't happen for everyone right off the bat.'"

This isn't the first time that Clarkson, who won the first season of reality music competition "American Idol," has addressed rumors about her sexuality.

In 2009 Clarkson said, "I'm extremely flattered when I do get hit on by girls and I think it's hot but I'm not into it. I like boys."

In September of this year Clarkson told E! News, "People keep saying I'm gay, and I'm not... I'm pretty sure I've never made out with a girl. It's just not helping me because I'm straight. No boy wants to hit on me because I make mean songs about them, and they think I'm gay."

Clarkson also broaches the subject in the video for her new single, "Mr. Know It All," which shows the singer standing in front of a wall covered in tabloid headlines.

See 10 other celebs who have faced lesbian rumors below: 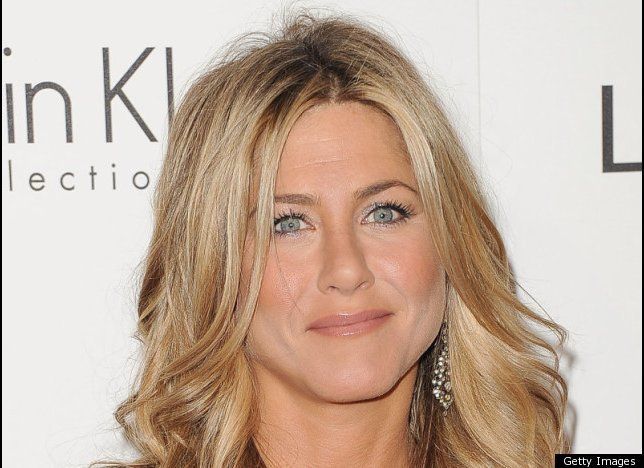 1 / 10
Jennifer Aniston
In 2009 a <a href="http://lezgetreal.com/2009/04/is-jennifer-aniston-a-lesbian/" target="_hplink">story appeared claiming</a> Brad Pitt strongly suspected that Jennifer Aniston was a lesbian because she never wanted to have sex with him.