This post is co-authored with Jean Trounstine, author of the forthcoming 6th book, 'Boy With A Knife: A Story of Murder', 'Remorse' and a 'Prisoner's Fight for Justice'.

In a recent U.S. Supreme Court decision is a deceptively simple line that should affect, and in many cases, transform the way Americans think about juveniles who kill.

At the heart of the 2012 groundbreaking case, Miller v. Alabama, said the Court, is the idea, proven by neuroscience and behavioral research, that "children who commit even heinous crimes are capable of change." In other words, when we think about kids convicted of murder, this is the truth: a 16-year-old who kills is still a 16-year-old.

On January 25, 2016, that truth became evident again when the Court, writing in the 6-3 Montgomery v. Louisiana decision, stated that the ban on mandatory life-without-parole sentences for children 17 or younger must now be applied retroactively. That means, the Supreme Court took Miller one step further. Once sentenced as youth to death in prison, some 2500 prisoners will now have the opportunity to seek parole or in some cases, new sentencing
hearings.

But wander into any coffee shop and try to strike up a conversation about what the fate should be of kids who have committed heinous crimes. In Massachusetts, where Philip Chism, who at 14 murdered and raped his high school teacher, Colleen Ritzer, the conversation would most likely be about the brutality of the crime, not about the youth's ability to change.

But here's the rub. Kids can and in fact do grow up; and as they develop, they change. None of us are the same at 40 as we were at 16. Research has shown us that most violent crime occurs before age 30, and that youth age out of crime . These youth most often have the qualities that make them exactly what they are--kids. The MacArthur Research Network on Adolescent Development & Juvenile Justice puts it this way, stating they manifest: "poor impulse control, lack of foresight, inadequate assessment of risk, and vulnerability to peer pressure."

Every day we hear stories of people who turn their lives around behind bars, in spite of the obstacle of incarceration. They get GEDs, create better family relationships, and if they are given the opportunity, choose to do programs that benefit their development.

Karter Kane Reed is proof of this. At 16, he killed a boy in a Massachusetts high school classroom. It was a horrible tragedy and devastated two families, the family of his victim, Jason Robinson, and his own. It shattered a community as well, and no one was more aware of that than Reed himself. Jean Trounstine, one of the co-authors of this article, met Karter Reed when he was 32, on a trip with her students to the prison in Shirley, Massachusetts, where he was then housed, to hear him and others convicted of murder speak about their crimes and growing transformation. She saw the difference between the boy condemned in news articles and the man thriving in spite of prison.

Reed was unfortunately sentenced at the height of the racially-coded superpredator fear that hit the country. He was called "a monster." Experts such as William J. Bennett, John J. Dilulio, and John P. Walters incorrectly warned at this time that teen-age boys would be flooding our streets--joining gangs, dealing drugs, assaulting, raping and murdering--as if there was no end to their viciousness.

Reed was not surprisingly tried for first-degree murder. He had stabbed a boy in a school, an inviolate space, something we now know too much of; and he was a poor kid committing a brutal crime in a relatively well-to-do neighborhood. He ultimately received a life sentence with eligibility to seek parole. The idea that he could be a productive citizen and would intend to make meaning out of the tragedy of his youth was not on the table. But he defied the predictions, and after 20 years, a free man, he found a decent job, fell in love, graduated from a community college with a 4.0 average, and bought a house.

If the Court had known what we know now about adolescent development or brain research, would Reed have been treated differently? Would the idea be on the table that those who commit horrific crimes are indeed capable of change?

Sadly, no. His case still would not have been sent to juvenile court. In Massachusetts, any child age 14 or older who is charged with murder is automatically tried as an adult. Children as young as 8, 10, 12, or 13 have been tried as adults, and 14 states have no minimum age for sending a child to adult court.

Reed was a template for a kid in trouble. He had "poor impulse control, lack of foresight, inadequate assessment of risk, and vulnerability to peer pressure." If he had been adjudicated guilty in juvenile court, he could have served time until he was 21 in a Department of Youth Services secure facility--and then be transferred to finish his sentence with adults. He might have received therapy and more education, and while Reed did not fear rape or being pummeled by older prisoners, many young people sent to adult prisons and jails do. While adjudication in the juvenile court would have not led to the "easy time" bandied about in coffee shop conversation, it would have honored the spirit of Miller.

As Boston Review managing editor, Simon Waxman, wrote, "If there are good reasons to treat adult and youth offenders differently, why are those reasons discarded according to the severity of the crime?" Sending a juvenile to an adult prison under any circumstances does not make sense. If kids can change, the way we deal with them must also change. 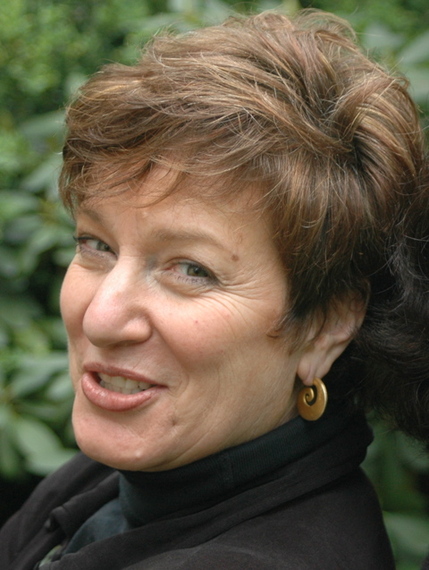