The so-called Nazi bible, written by Hitler while in prison in 1924, was given out in honor of Kim's birthday in January, the site claims.

“Kim Jong-un gave a lecture to high-ranking officials, stressing that we must pursue the policy of Byungjin (Korean for ‘in tandem’) in terms of nuclear and economic development," an anonymous source told New Focus International by phone. "Mentioning that Hitler managed to rebuild Germany in a short time following its defeat in WWI, Kim Jong-un issued an order for the Third Reich to be studied in depth and asked that practical applications be drawn from it."

The gift might be part of a campaign to create a more intimidating persona for the young leader, Shirley Lee, New Focus’s international editor, told the Washington Post. The Post also noted that leadership and nation-building -- not anti-Semitism -- seemed to be the intended significance of the gift.

Many books are banned in North Korea, according to the Washington Post, and the consequences for owning a banned book can be quite severe. In 2009, a Christian woman who was accused of distributing copies of the Bible was allegedly executed, according to the Associated Press.

While possibly startling to Western countries that opposed Hitler's actions during World War II, North Korea is not the first country that maintains a healthy appreciation of the German's leadership skills.

In India for example, Mein Kampf is printed by multiple publishers and is popular among business school students, according to Bloomberg Businessweek. 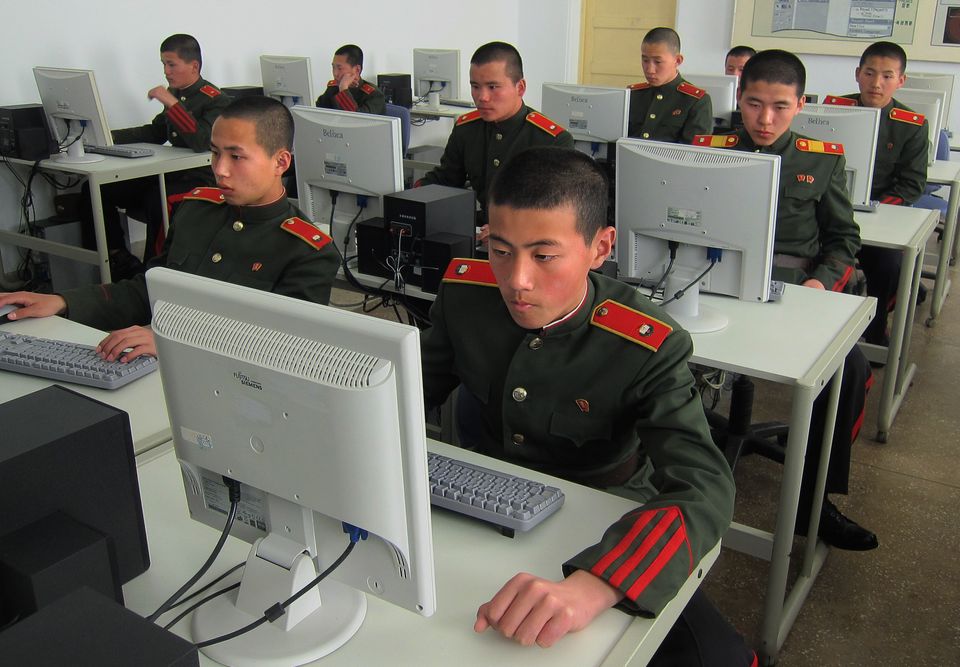 1 / 7
In this Thursday, April 18, 2013 photo, students at the Mangyongdae Revolutionary School, in Pyongyang, North Korea work on computers. The school is run by the military and school administrators say it was originally set up in 1947 for children who had lost their parents during Koreas fight for liberation from its Japanese occupiers. (AP Photo)
AP