One of the most priceless treasures in archaeology, the gold funerary mask of King Tutankhamun, was damaged during a cleaning attempt at the Egyptian Museum in Cairo. Efforts to repair the problem were also botched, according to reports.

The mask's beard snapped off during an attempt to clean the mask in October. Museum staff stuck it back on using epoxy, which leaked onto the face of the mask and dried. Then, the mask was scratched when the workers scraped off the epoxy, according to Al Araby Al Jadeed, a London-based Arabic news site.

"The mask should have been taken to the conservation lab but they were in a rush to get it displayed quickly again and used this quick drying, irreversible material," an unnamed conservator told The Associated Press.

Al Araby Al Jadeed said lighting in the room where the mask is displayed has been dimmed in an attempt to hide the damage. The epoxy is visible in an image the website posted on social media:

For comparison, here's the same part of the mask as seen in a file photo:

Both AP and Al Araby Al Jadeed said its sources were kept confidential out of fear of reprisals. One source told the AP that the beard didn't break off, but was taken off because it was loose.

AP reports that all its sources agree that in the rush to repair the mask, the epoxy was improperly used.

According to a translation of the Al Araby Al Jadeed report by Cairo Scene, damage to artifacts is supposed to be reported to the Ministry of Antiquities and then repaired by specialists. However, the head of the renovations team called her husband, who also works in renovations. He decided to fix it himself using the epoxy glue, the website said.

The tomb of King Tut was discovered by British archaeologist Howard Carter in 1922. Although it's believed the tomb had been robbed at least twice, many of the treasures were left behind, making it one of history's most spectacular finds. Today, the mask remains one of the most popular displays in the museum.

Here's a complete image of the mask before the botched repair: 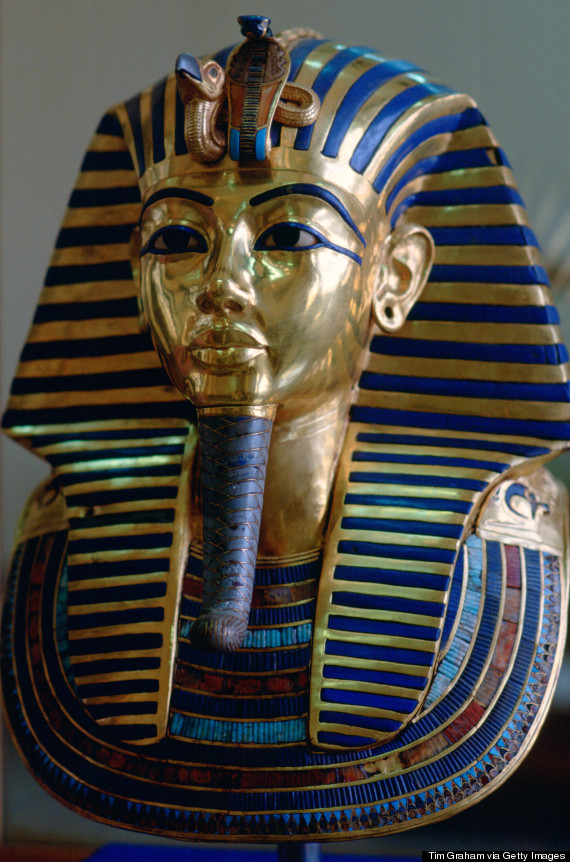 NASA Fires Spacecraft At An Asteroid In Hopes They Collide